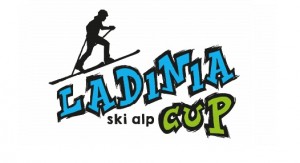 From the collaboration between the organizing committees of the Pizolada delle Dolomiti (well-known ski mountaineering competition, this year in its 40th edition, that takes place on the Passo San Pellegrino between the Municipalities of Falcade and Moena in the Alpe Lusia – San Pellegrino ski area) and the Marmolada Full Gas Race (another popular ski mountaineering race that takes place on the glacier of the “Queen of the Dolomites”, the Marmolada) comes the first edition of the Ladinia Ski Alp Cup, the ski mountaineering rank that will include the 5 best athletes of both races which will be awarded on the occasion of the Marmolada Full Gas Race 2016.

The collaboration between the Pizolada delle Dolomiti and the Marmolada Full Gas Race takes the form of a promotional registration fee: the participation to each single race wuold cost € 40.00, but the ski mountaineers that will sign up for both races will pay only € 70.00 instead of € 80.00; furthermore, the first 200 participant will get an amazing sport jacket.