Not far from Canale d’Agordo, in the Municipality of Vallada Agordina in Val Biois (Biois Valley) lies the wonderful San Simon Monumental Church, one of the Italian National Monument since 1877. The San Simon church in Vallada Agordina is located on a small hill called the “Colle Celentone” [the Celentone Hill], whose name seems to derive from a mysterious legendary Roman soldier called Celentone. Celentone, according to the legend, converted to Christianism and became a preacher; in order to escape from a barbarian horde, Celentone reached the Dolomites and Vallada Agordina in 527 or 720 A.D. (historical data are uncertain and lacking) where he lived for seven years during which he simultaneously undertook the conversion of local people and the buliding of the first church of the Biois Valley, the San Simon church.

Apart from the legend about the foundation of San Simon by Celentone, little is known about the actual origins of the church: the first written attestation on the presence of the religious building in the area is included in an ancient papal bull attributed to Pope Lucius III and dated 1185 in which referred to the church “of Saint Simon above Canale” (“Sancti Simonis Canalis de supraî“): in this bull, the church seems to have been subjected to the control of the clergy of Agordo that sent weekly a priest to celebrate the religious services in the village.

The San Simon church in Vallada Agordina offers a marvelous cycle of frescoes of the 16th Century by Paris Bordon, a Flugaltar by Andrea Haller dated 1525 and a pipe organ by Gaetano Callido dated 1802; the external part of the building is characterized by the unique sharp bell tower. The San Simon church is open to the visitors in summer and winter or on the occasion of particular religious or cultural events (like the cycle of events of the classic music festival “the Muses and the Dolomites”); special openings are possible contacting the Municipality of Vallada Agordina or the dedicated phone number (see contacts below) – See you there! 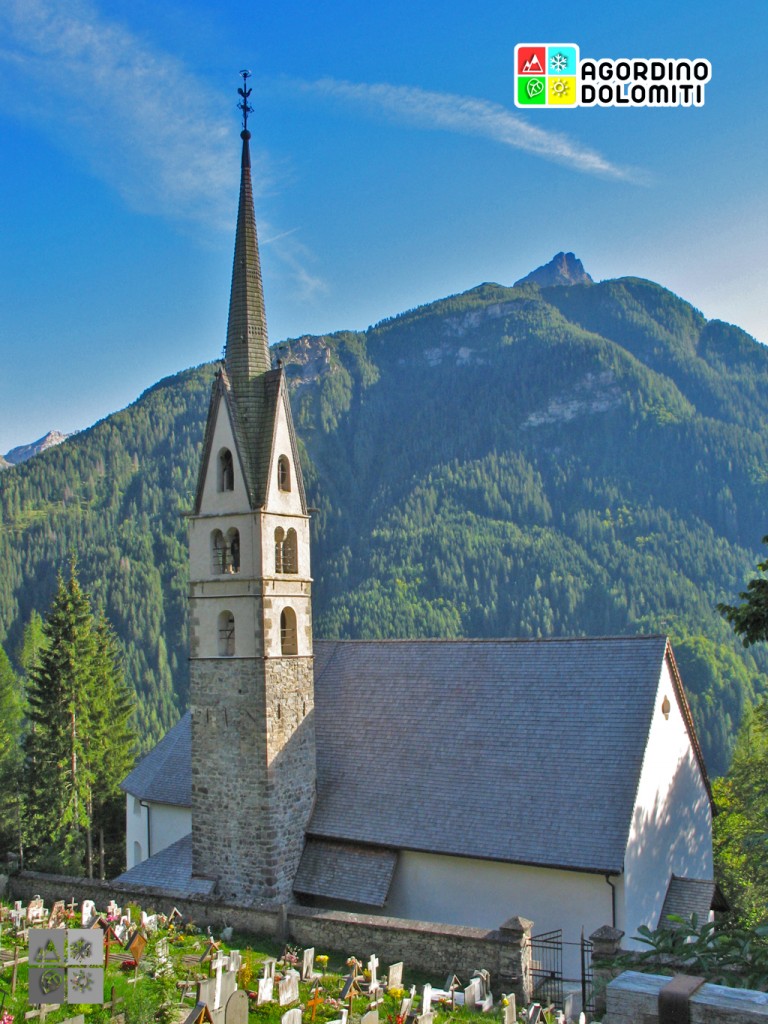