The Great War on the Marmolada

THE CITY OF ICE – DIE EISSTADT

The Marmolada Glacier was the boundary between the Reign of Italy and the Austro-Hungarian Empire, and in the period between 1915 and 1917 it was the setting of many bloody battles between the armies of this two nations; though the quantity of soldiers involved in the Great War in Marmolada had been much smaller related to other war fronts, the war on Mt. Marmolada was characterized from the beginning by the extreme conditions in which soldiers were compelled to fight: cold (even -40° F in winter), hunger, avalanches, landslides, lightnings and snow storms were added to the war perils, and even more in a war of position like the Great War. (on December, 13th 1916, a huge avalanche chrashed down on the Austrian headquarter causing the death of 300 soldiers; in the same winter, more than 200 Italian soldiers were killed by avalanches on the Marmolada).

The main target of such a war was to conquer and to maintain the conquered positions of the strategic points in order to obtain supremacy over the enemy, and to achieve this fundamental objective there were those who proposed ambitious and absurd plans: the Major Peppino Garibaldi even thought to glide with the Italian contingents on the enemies using an aerostatic balloon after flying over the south wall of the Marmolada from the Ombretta Valley, and the absurd thing was that the Italian government really provided him the necessary material to built the balloon, although the idea was immediately abandoned.

The Austrians needed to ensure the continuous supply of arms and food to the soldiers fighting on the frontline, and above all to the ones located in the well-known “Forcella V” on the Marmolada; the supply transport was done indeed mostly by Russian war prisoners guarded by a few Austrian soldiers, which were subjected to grueling marches, to the dangers of Mt Marmolada and to the enemy fire, and they died easily. To solve this situation, Lt. Leo Handl, commander of the Austrian Bergführer and man of great talent and courage, as he arrived in Marmolada in 1916 began to concieve an idea which was great and crazy at the same time: the City of Ice. A complex system of galleries and tunnels dug in ice of the the Marmolada Glacier would have allowed the passage of the supplies to the war front without exposing carrier to the dangers of the surface; the galleries, 2,5 m wide and 2 m high, were dug by hand by the Austrian soldiers progressing 6 m a day; in some points, galleries reached even 50 meters below the surface. The works were so fast that the City of Ice was ready in the spring of 1917.

The complexity of the City of Ice was incredible: in the ice fortess there were accommodations for hundreds of soldiers, kitchens, shelters, official headquarters, bunkers, heavy weapon posts and even a complex decompression system that slowed the air flow along the tunnels that stretched on a vertical drop of over 1000 m. The experience made on Mt. Marmolada was so innovative, that the Austrian employed the techniques that they had learned here in other war fronts such as Ortler, Adamello and Presena sul Tonale. The City of Ice allowed the Austro-Hungarian Empire to preserve the positions despite the obvious armament difference compared with the Italian army until November 1917, when the Italians were compelled to leave Mt Marmolada after the catastrophic defeat in Caporetto. The City of Ice was completely disappeared already in 1922, swallowed by the ice of the Marmolada, but the glacier retreat, which now seems to have stopped, has given us back in the last years hundreds of pieces of the Great War, many of which can be admired in the amazing Great War Museum in Punta Serauta on Mt. Marmolada. 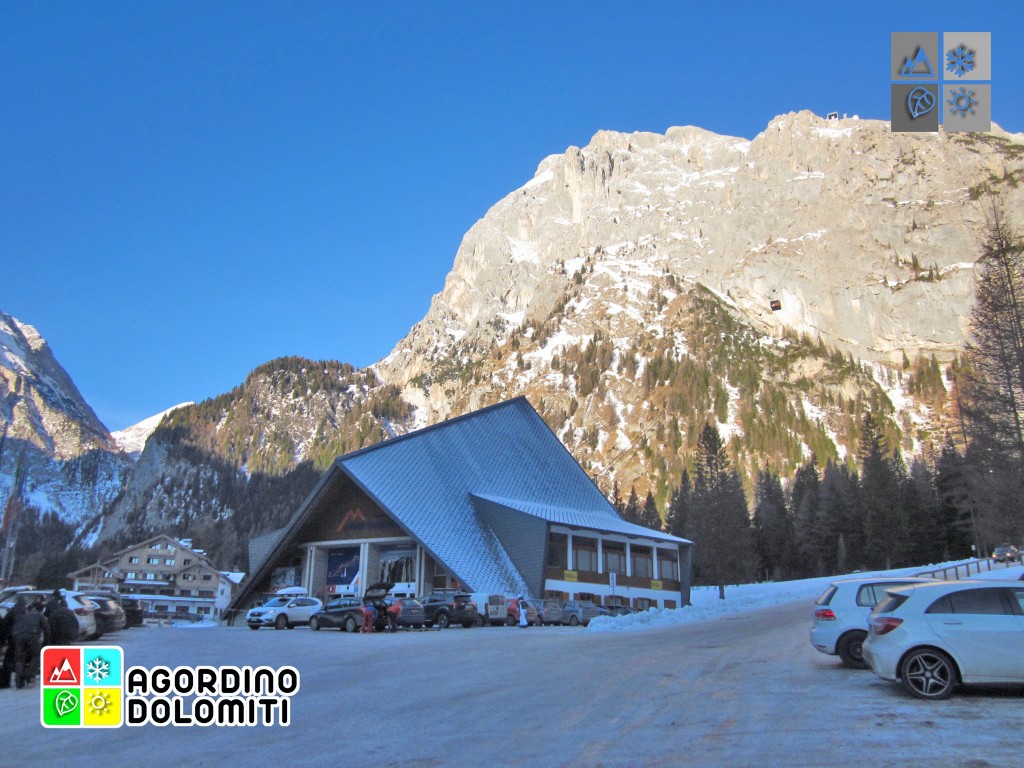 The departure station of the Marmolada Cable Car

The Agordino area is also a record-breaking land: in this spectacular part of the Alps lies the museum located at the highest altitude of the whole European area, that is the Great War Museum 1915-18 on the Marmolada. This amazing exhibition space is completely dedicated to the First World War in the Dolomites UNESCO World Natural Heritage Site: as you may know, Mount Marmolada and the southern and central part of the Dolomites were located during the Great War right on the frontline (the so-called “Yellow Line“) between the Austrian-Hungarian Empire and the Reign of Italy and became in the period between 1915 (from the entrance in the war by the Reign of Italy) and 1917 (the battle of Caporetto) the center of the fighting with more than 15000 dead soldiers. The Great War Museum 1915-18 on the Marmolada is located at the Serauta arrival station of the Marmolada cable car (the lift that leads to the top of Mount Marmolada from the hamlet of Malga Ciapela in the Municipality of Rocca Pietore – Marmolada).

The Great War Museum 1915-18 on the Marmolada is a valuable exhibition space that houses hundreds of war finds (many of which coming from the aforementioned “Eisstadt”) and it is visitable free of charge (included in the cable car ski pass) during the opening times of the Marmolada ski area (both in winter and in summer). The exhibit is set in order to present objectively the war events and to condemn war: the aim of the museum is indeed to celebrate brotherhood among peoples and to remember the many young people on both sides who died in the senseless war.

The Great War Museum 1915-18 on the Marmolada has been completely renovated during the winter season 2014-2015; the exhibition space has been expanded and the collection has been rearranged in order to disclose the finds in the best way. A visit to the Great War Museum 1915-18 on the Marmolada is an experience which is highly recommended to all the guests of the Dolomites UNESCO World Natural Heritage Site because of the high moral value. 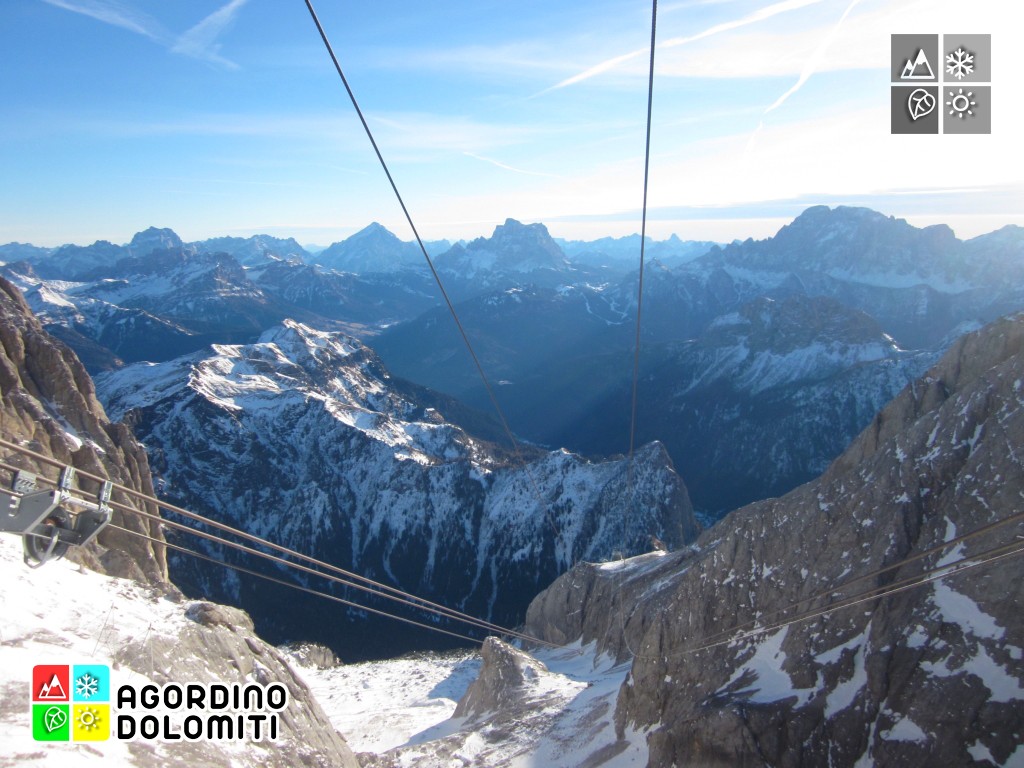