A dive into the most important mining site of the Dolomites 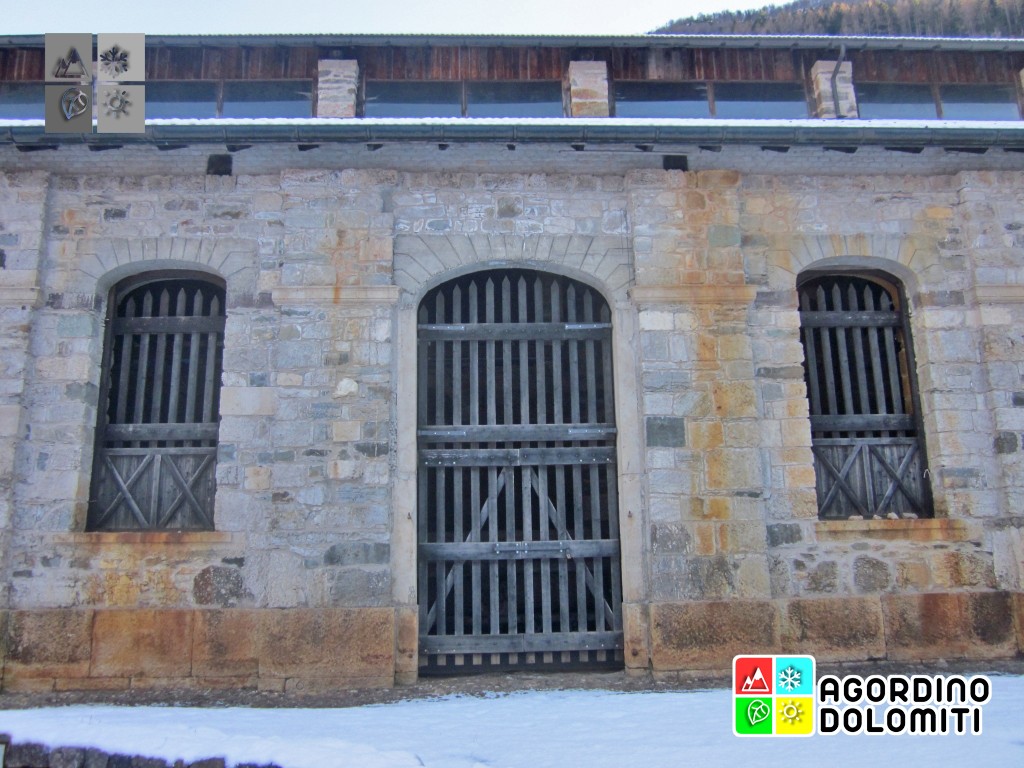 For centuries, the Val Imperina mines have been, both directly and with the related industries, the main source of income for the inhabitants of the Conca Agordina and the main copper supply hub for the “Serenissima” Republic of Venice. The link between the Agordino people and the mines of Val Imperina was so strong that still today many surroundings, settlements, paths and even the language of the Conca Agordina still exude reminiscences linked to the mining fever that characterized the area for centuries; this strong bound is represented also by a mining school among the most important in the world, the Follador Mining Institute, that is still based in this valley of the Dolomites. More than half a Century after the closure of the mining activity, this archaeological-industrial area of the Conca Agordina is finally experiencing a second youth thanks to a careful recovery aimed at tourism and cultural fruition. If you are interested in mining history, cultural background of the Agordino and of the Dolomites UNESCO World Heritage Site, a visit to the Mines of Valle Imperina is an absolutely recommended experience, suitable for the whole family and very, very interesting.

Work is underway to complete the tourist facilities!

Much of the work is finally complete! However, you may find some of the facilities closed at the time of your visit. 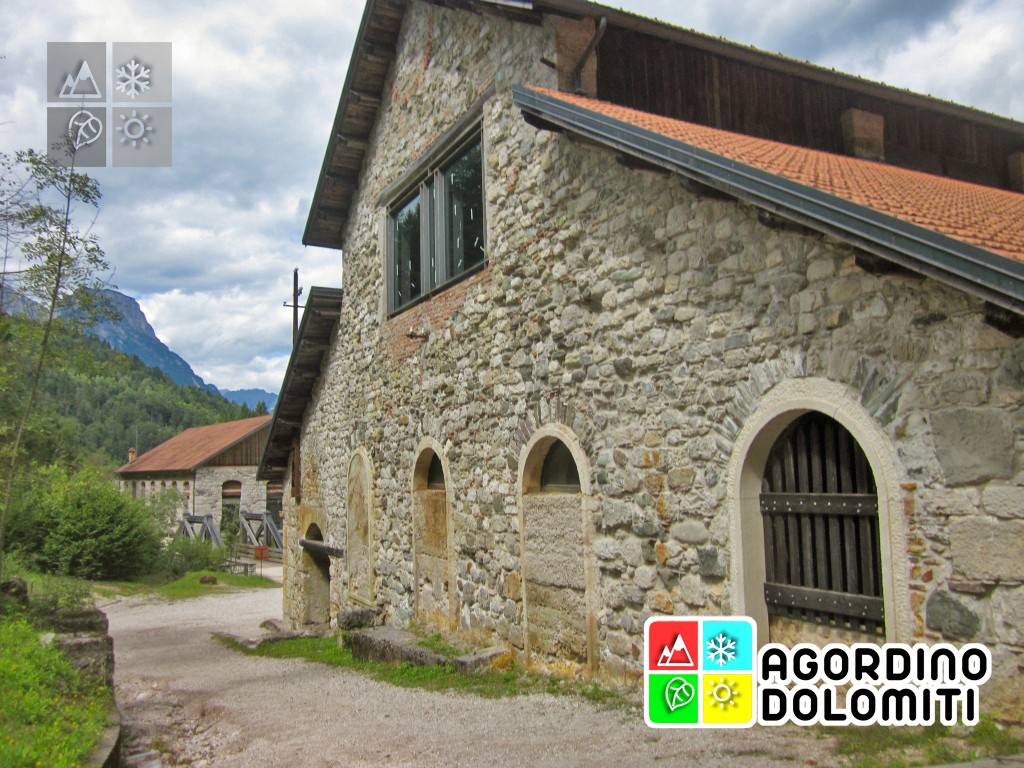 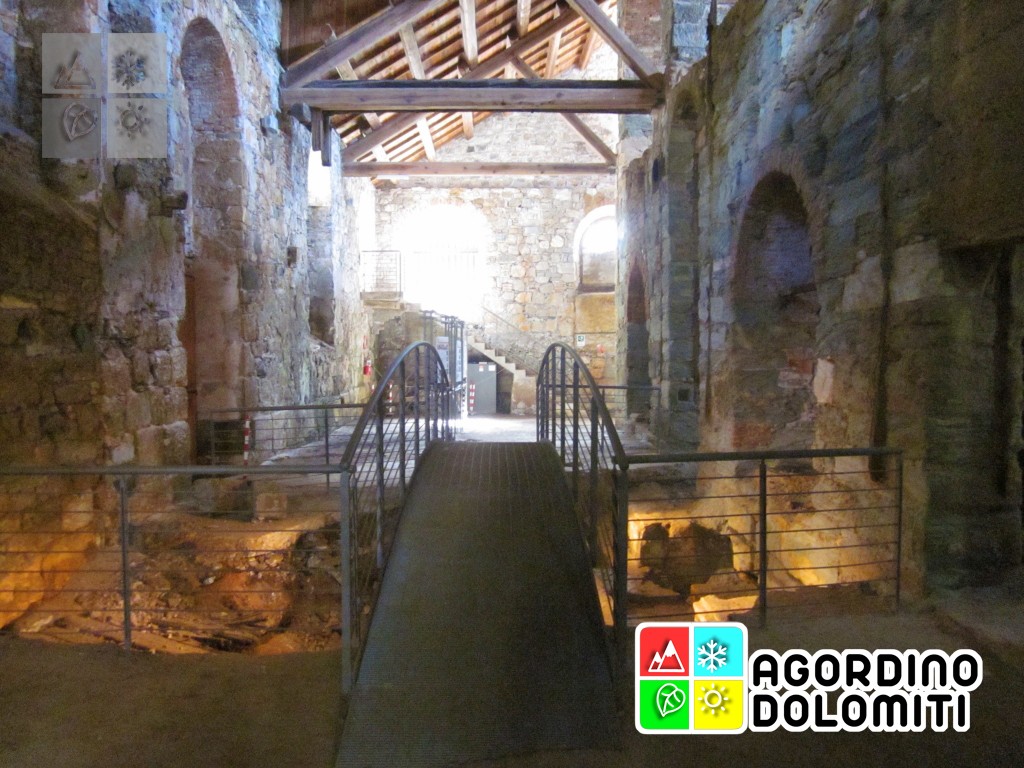 The Mines of Val Imperina

A wonderful attraction for the whole family, the Mining Centre of Valle Imperina is an easily accessible destination and at the same time a place full of many interesting things to see and do. It can be easily accessed from the Regional Road 203 Agordo-Belluno, from the ample parking lot of the area, or from Ponte Alto through the road (currently not accessible due to renewal works). While waiting for the final completion of the area (scheduled for 2020), the Mining Center offers the visitor:

Soon to be restored and opened to the public:

The works to complete the tourist works should be completed shortly – More information at the contacts of the Tourist Office of Agordo. 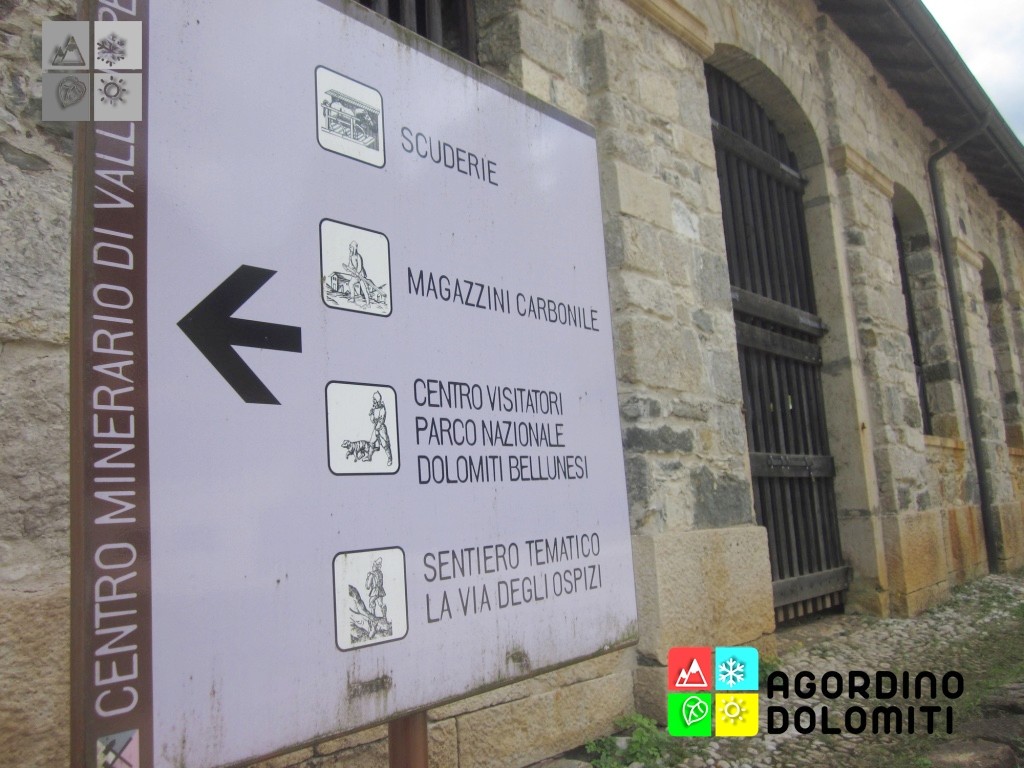 Wealth in the Agordino subsoil

Val Imperina is a valley of the Dolomites UNESCO World Heritage Site located in the Agordino area (Povincia di Belluno, Veneto Region), for the most part in the Municipality of Rivamonte Agordino. Geologically, the Valle Imperina finds itself along the so-called “Valsugana Line”, an inverse fault that starts in the Province of Trento and reaches the Cadore passing through Agordino area. In these places, the work of the fault has condensed the metals present underground into large deposits (with the phenomenon known today as “black smokers”), deposits exploited by man since time immemorial.

The great availability of copper in the territory seems to contradict what one would have thought of these valleys strangled between the imposing piers of the Dolomites at a time when tourism was an almost unknown practice; it was commonly thought that in the Conca Agordina the local inhabitants lived almost exclusively of subsistence at least until the 16th Century. On the other hand, the wealth deriving from the copper and bronze trade would have been considerable, considering that the value of bronze was, in the first centuries after Christ, very close to that of gold in economic exchanges. We do not speak therefore of men of the caves or of barbaric populations, but of rich and wealthy Roman populations. The first official historical attestation that testifies the presence of the Mines of the Valle Imperina is dated 1411, even if the modern historians are by now almost all led to think that they were already active some centuries before this date. More in-depth examinations to ascertain previous attestations are conducted at this time and followed by groups and associations of local enthusiasts.

The hypothesis of a Roman use of the deposits of Valle Imperina is however also supported by empirical calculations made by some Agordino mining experts and based on the time of excavation by hand with the tools available at that time and the mapping that in 1411 (ie the acquisition of the mines by the Serenissima Republic of Venice). The estimated date of the beginning of the excavations in the Valle Imperina can therefore be placed at least around the middle of the VI century A.D., a thesis perhaps supported by numerous finds of copper and bronze jewels in the late Latin tombs of the Conca Agordina. The results of the examinations will soon unravel the doubts we still have about the mines of Valle Imperina. 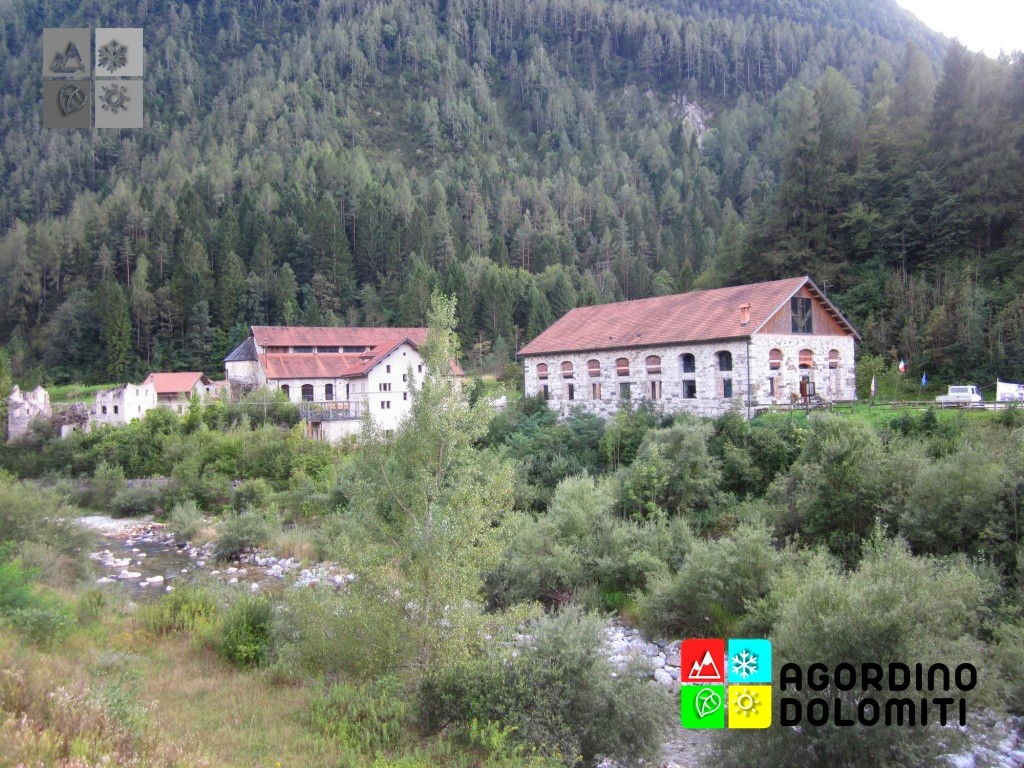 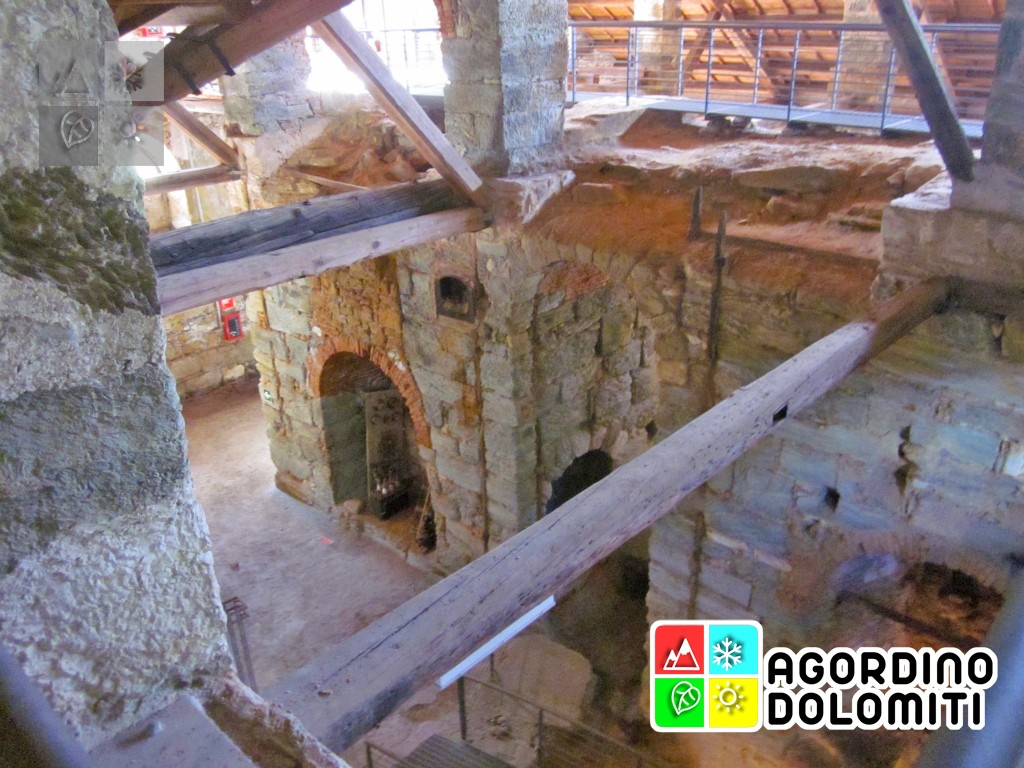 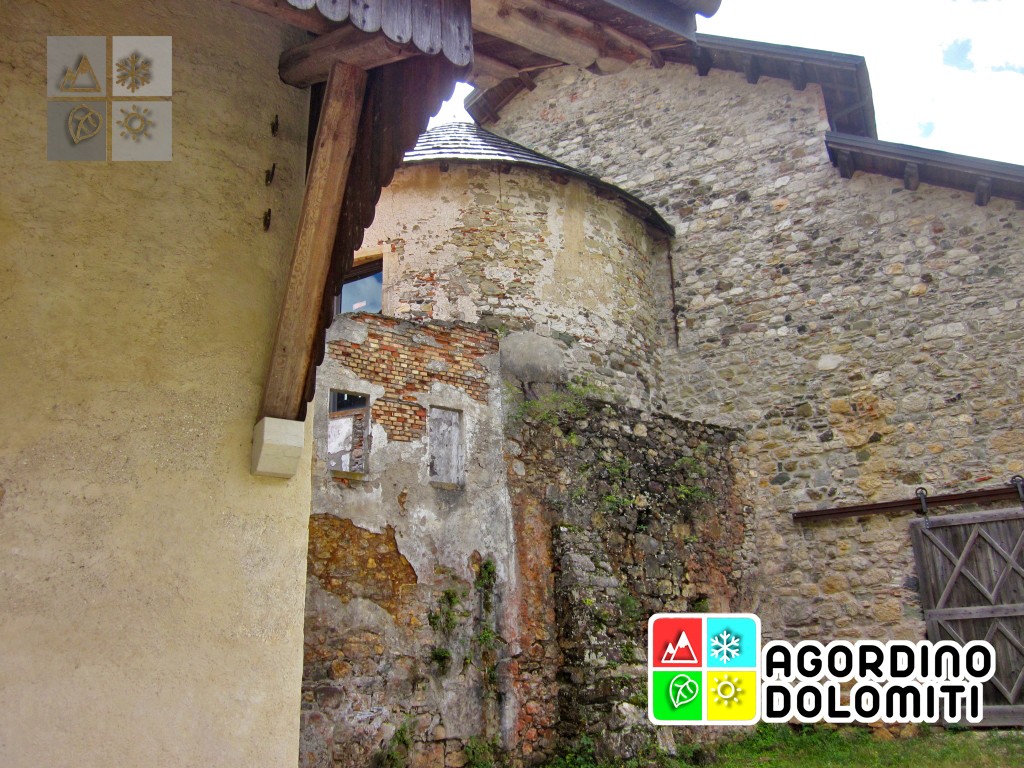 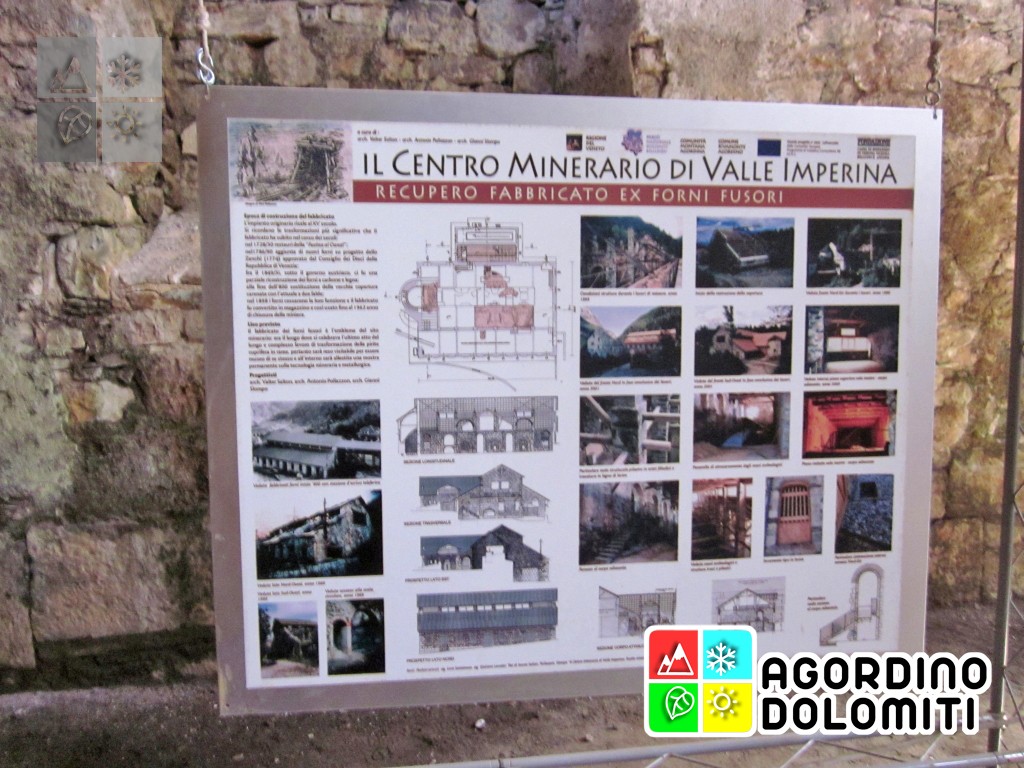 The “Serenissima” and the Crotta Family

With the acquisition of the mines by the “Serenissima” Republic of Venice (1411), a more structured and scientific phase of exploitation, compared to previous eras, began. Venice immediately understood the importance of Val Imperina (which, at a certain point, saturated 3/5 of the needs of the copper of the new State), but knew little or nothing about mines. So it happened that Venice was forced to take inspiration from the states of the Holy Roman Empire, which had already developed a culture and an advanced mining science. At the same time, mining technicians and specialized miners were called to Agordino by the Holy Roman Empire (mainly from Bohemia), of whose arrival there are still numerous traces in the surnames, in terms strictly linked to mining and in many words of the dialects of the Conca Agordina.

Mining activity reached its peak between the 17th and 18th Centuries with the management of the Crotta family from Lecco, to whom Venice had contracted the mines of Valle Imperina. The purchase of the mining concession of Valle Imperina was carried out by the founder of the family, Francesco Crotta, in 1615, thanks to his privileged relations with the Venetian Republic. Always thanks to his contacts and his knowledge in Venice, Francesco was able to win the long battle for the monopoly of the wood of Agordino (used at the time for the production of charcoal to feed the smelting furnaces), obtaining the exclusivity; Francesco won the dispute with other owners of the mines in Agordino (quite famous was the one with the owner of the mine of Col in Val di San Lucano) and sentenced in a short time the closure of most of the 10 smelting furnaces in the area. Francesco’s fortune compared to that of his predecessors was sanctioned not only by his personal liking in a political environment, but also by an important historical contingency: the arrival in the valley of gunpowder, a means that saved the biblical time of the excavation by hand. In this period, the Mines of Val Imperina were so fruitful that they saturated more than half of the copper requirements of Venice and became one of the most important mining basins in Europe. Of this period is also remembered the crime that involved the two sons of Francesco: one of the two brothers ordained the murder of the other for matters related to family possessions. 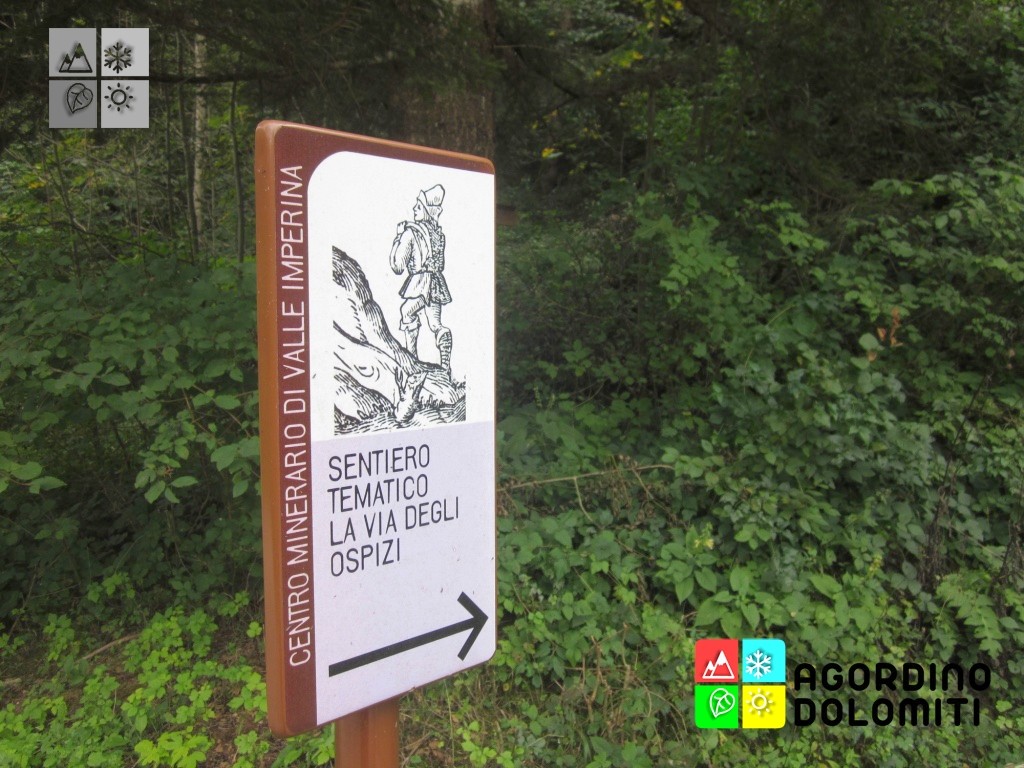 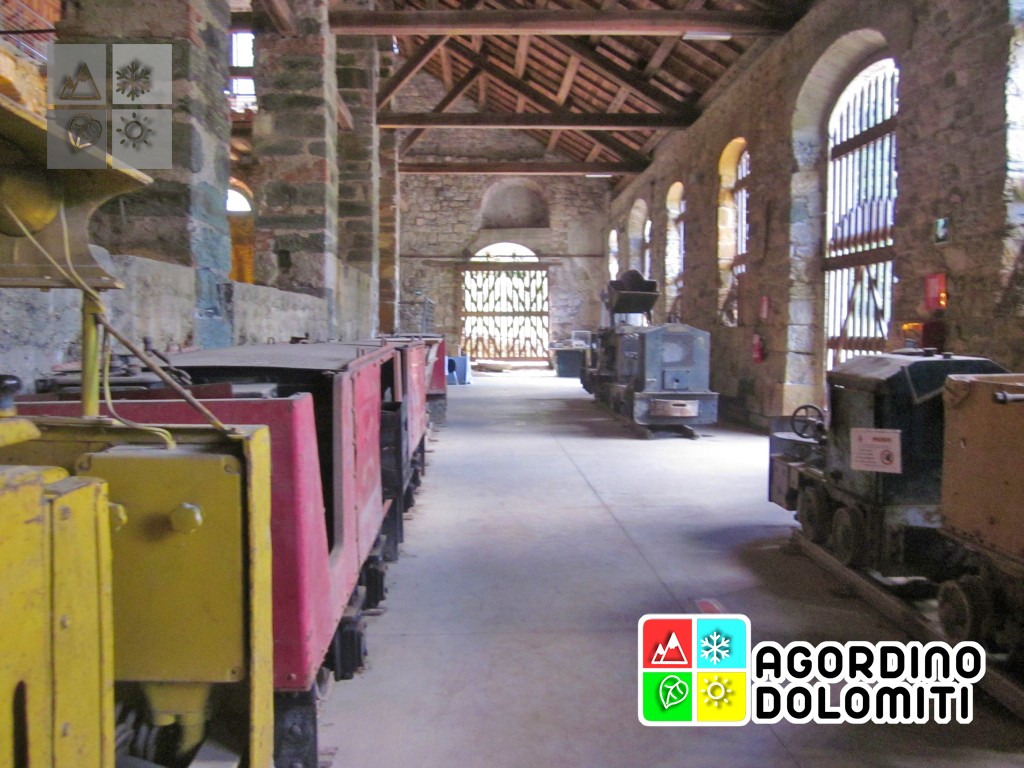 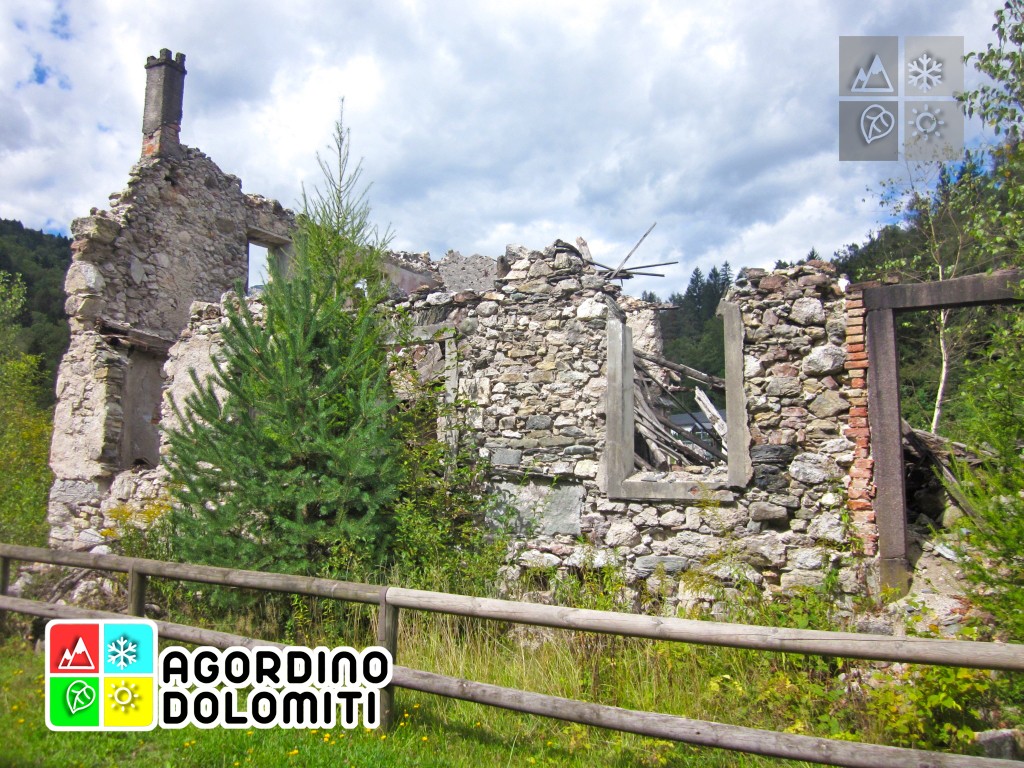 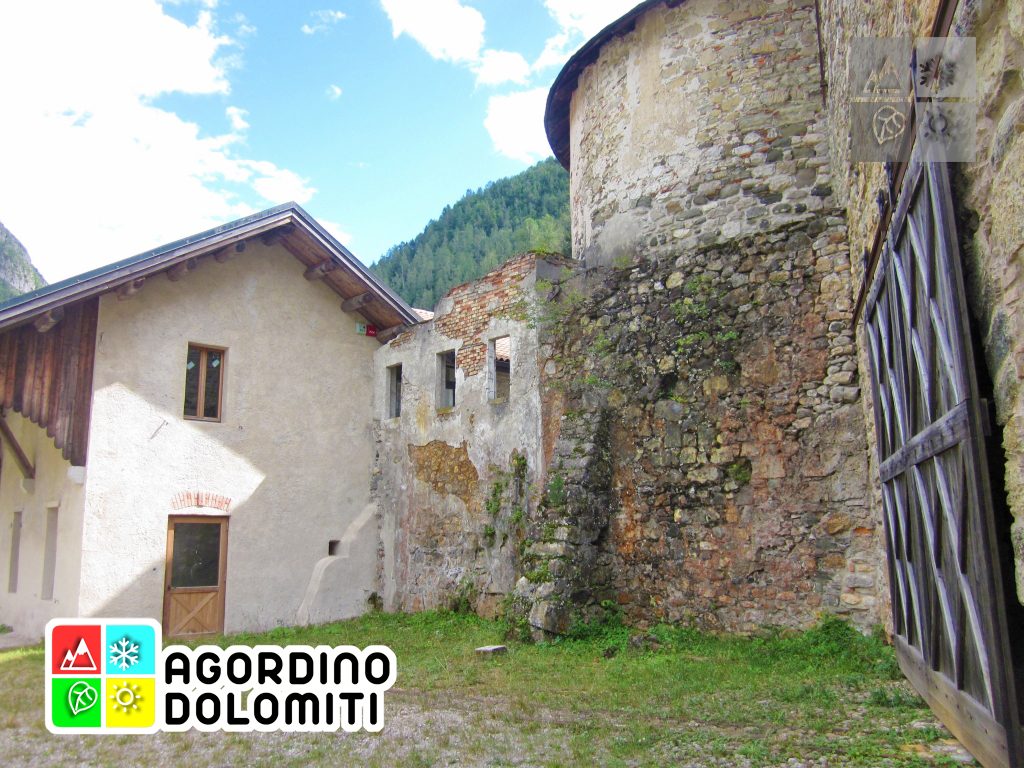 The decline of the Mines of Val Imperina

In the 19th Century, the mines passed from the hands of the Crotta family to those of the Manzoni family; the new contractors, like their predecessors, settled in the Villa Veneta in the centre of Agordo.

The decline of the Mining Centre of Val Imperina began at the end of the 18th Century and continued throughout the 19th Century; it began with the twilight and end of the Republic of Venice (1799) and continued with the price battle against the cheaper American copper. However, production continued for most of the 20th Century with the acquisition of the area by the Montecatini company (later Montedison) and the production of sulphuric acid through the extraction and processing of pyrite. The industrialization and modernization of the mining site required major investments and the construction of hydroelectric plants and even a private railway line (the old locomotive of which is exposed on the SR 203 at the access parking lot to the Mining Center).

In addition to the restrictions on Italian production of raw materials due to the Marshall Plan, a fatal accident in 1963 and the terrible 1966 Flood that struck the Agordino and the Zoldano destroying the metallurgical settlements located near the watercourses (as well as an infinite number of civil buildings, roads, bridges, power lines and telephone lines and various human lives) gave the coup de grace to a sector already in crisis. The Mining Centre, abandoned and almost destroyed, became in the moments following the flood a source of reconstruction material for the people of Agordo, who took away everything they could to resist the difficult moment. 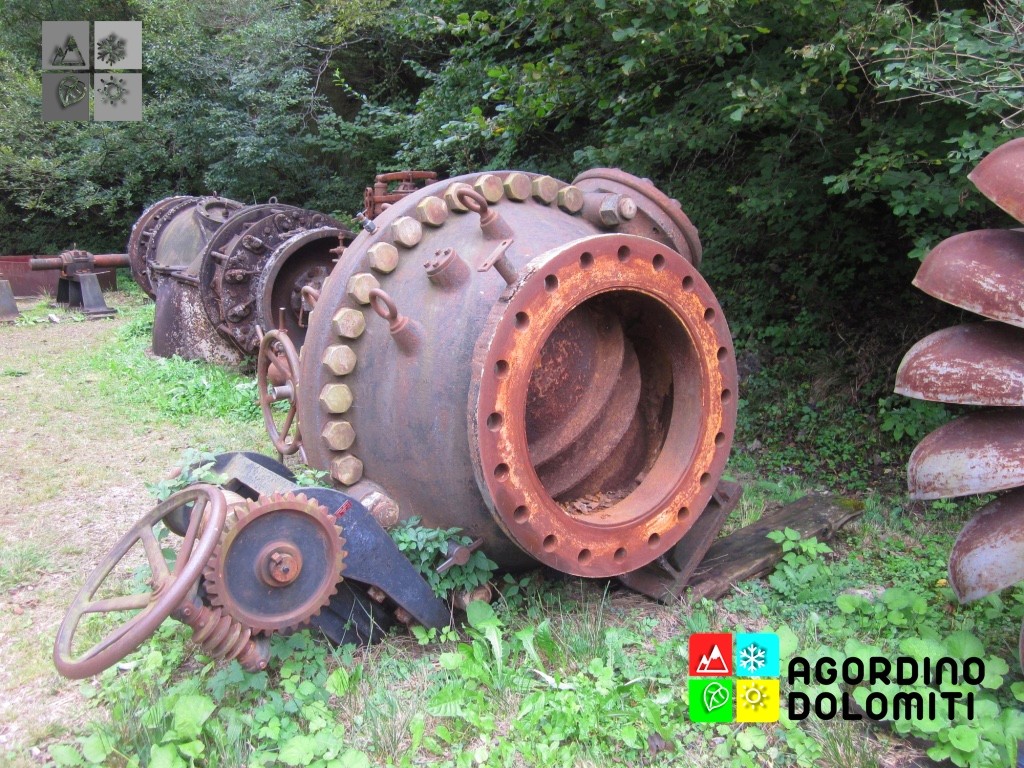 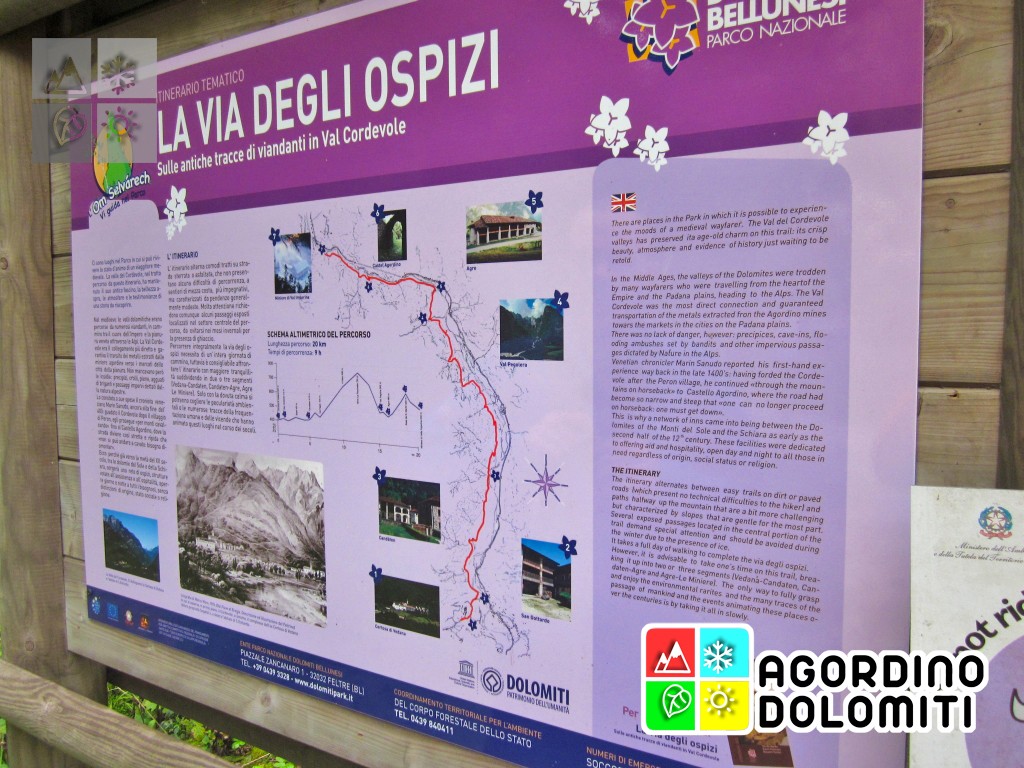 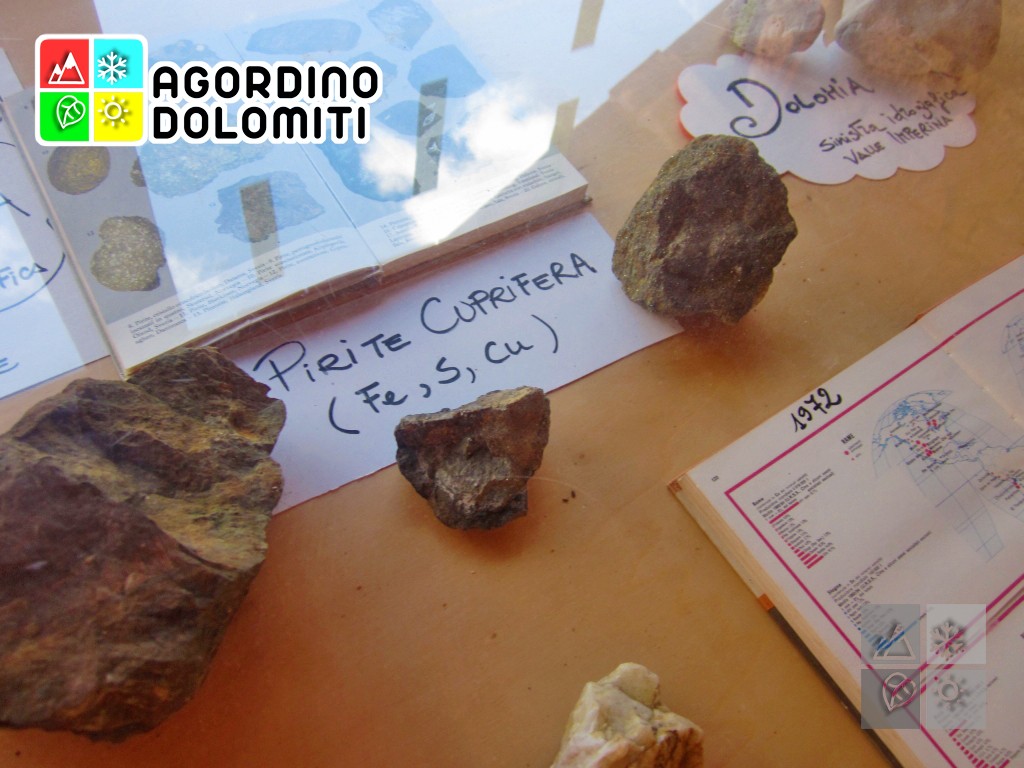 A cultural and tourist resource: the rebirth of Val Imperina

After about twenty years of total abandonment, the area of the Mines of Valle Imperina risked for a moment to be converted into a landfill (1982); it was only the heartfelt appeal of a few intellectuals and enthusiasts to save this important historical and cultural heritage of the most complete destruction. The Mining Centre was thus purchased in 1989 by the Municipality of Rivamonte Agordino, which was then partially included in the area of the newly created Dolomiti Bellunesi National Park. At the same time, the difficult recovery of the premises of the Mining Centre began, a huge investment that has allowed the reopening (or is about to hallow the reopening) of many buildings (Smelting furnaces, the old Power Plant, the Youth Hostel, the Pozzo Capitale, the Magni mining Gallery, the Stables Complex, the old CRAL Headquarters, the Santa Barbara Gallery, etc.). The 2018 “Vaia” flood has unfortunately delayed the opening of a few months, taking away the access road from Ponte Alto and sowing destruction in some buildings just restored. However, the work continues without interruption and will soon bring back the center in full working order.

The territory of the Valle Imperina Mining Centre is also crossed by splendid historical and cultural paths that follow those used by the ancient workers and the metal transport routes and are part of the Dolomiti Bellunesi National Park. 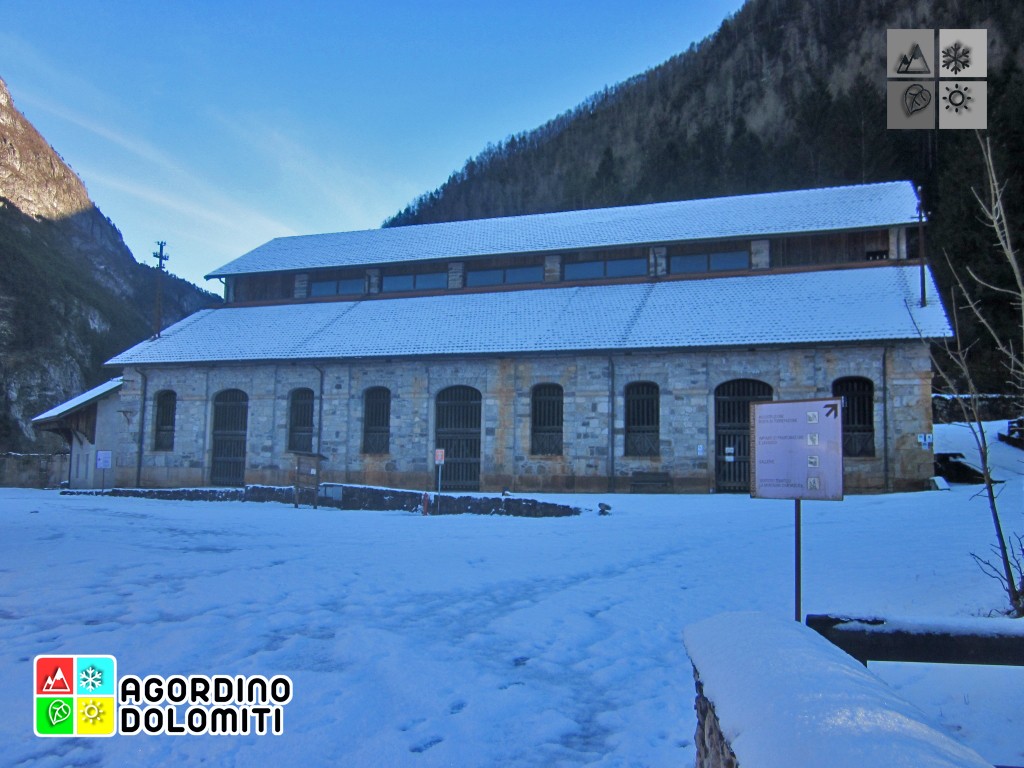 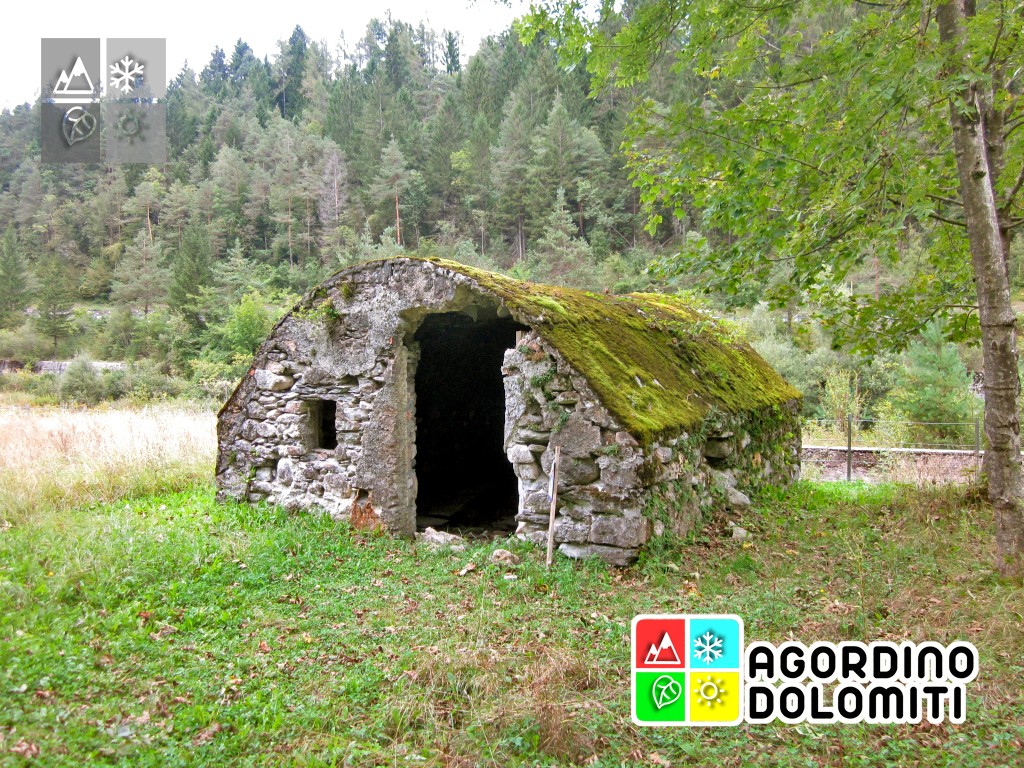 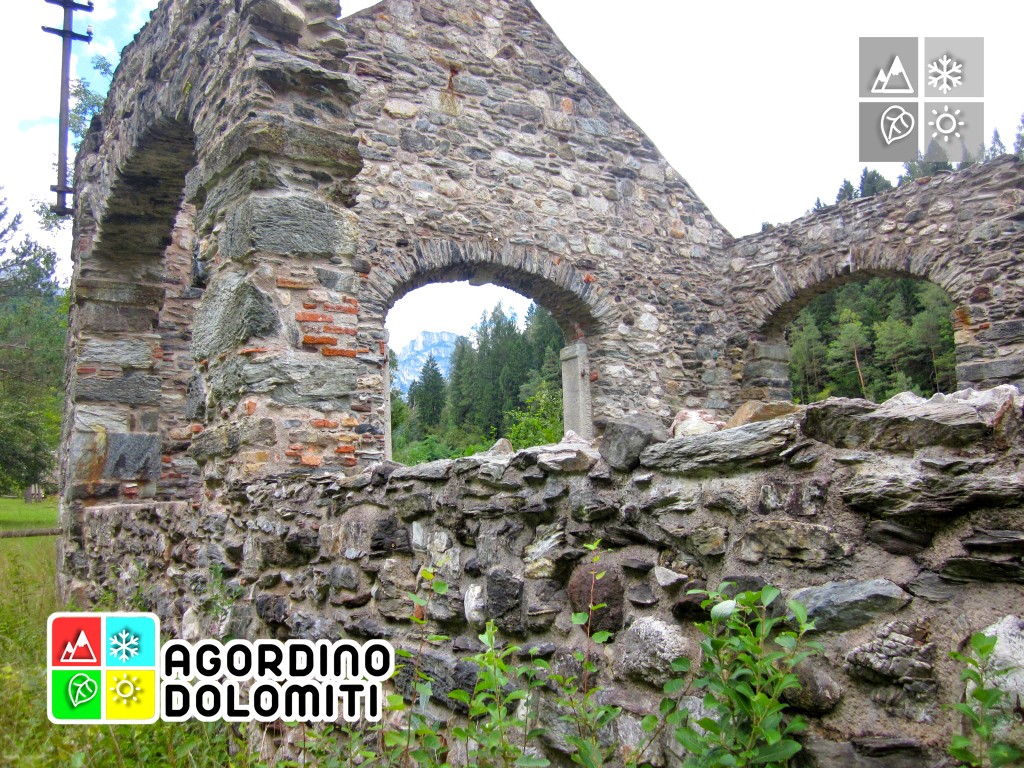 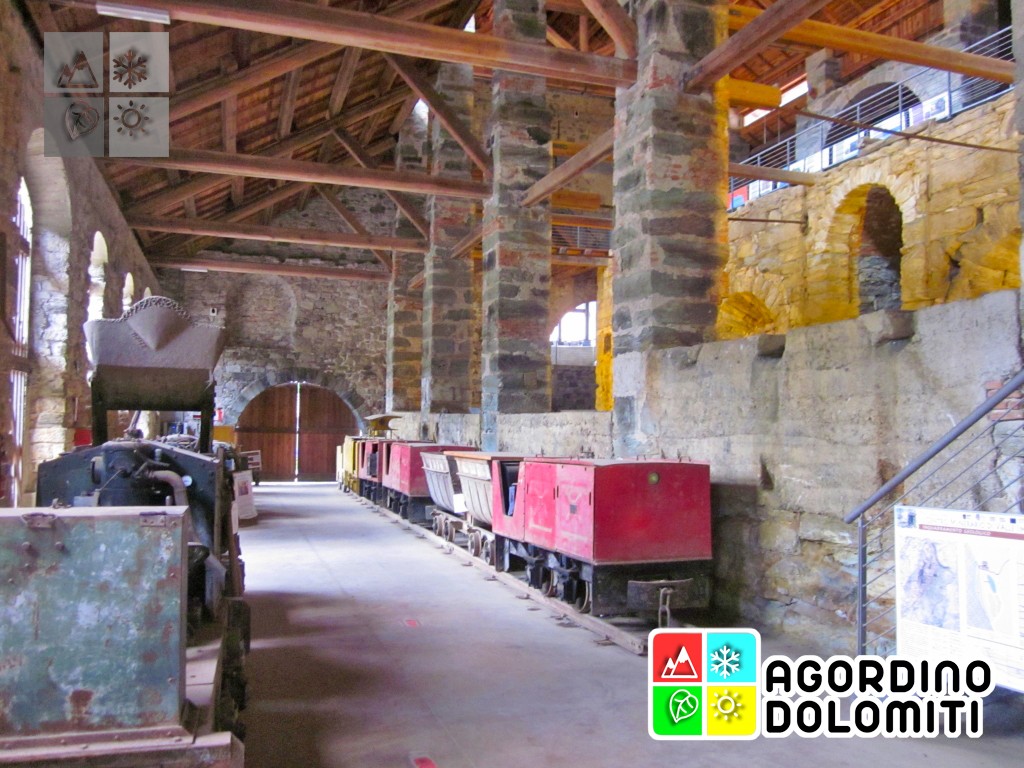 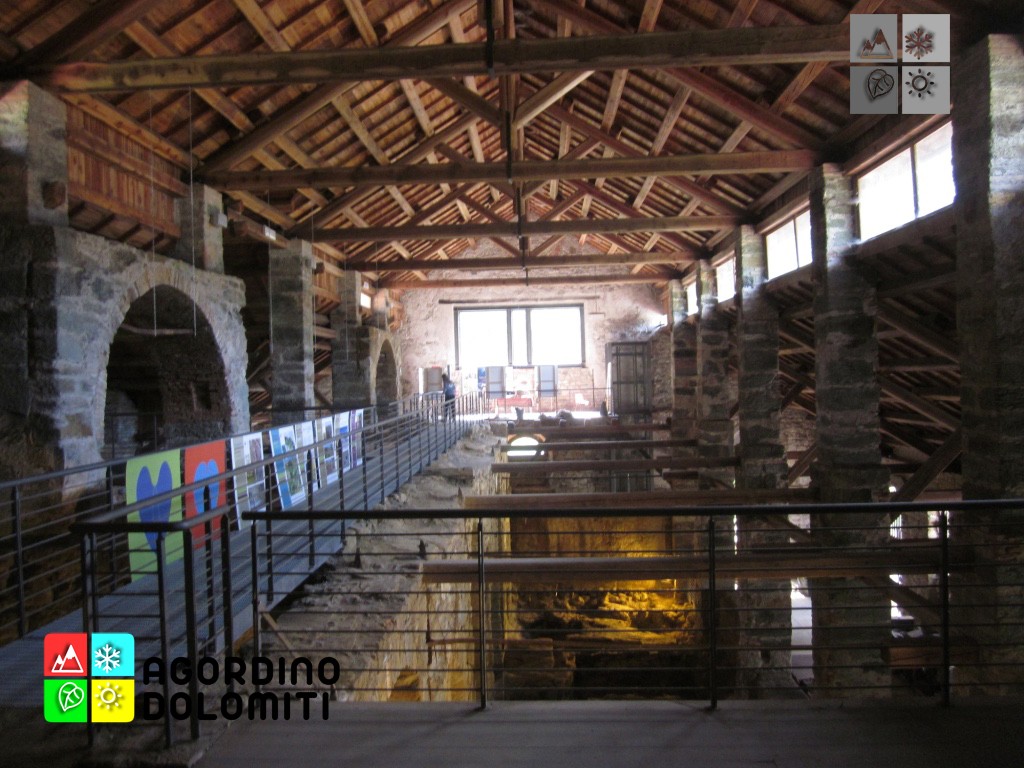 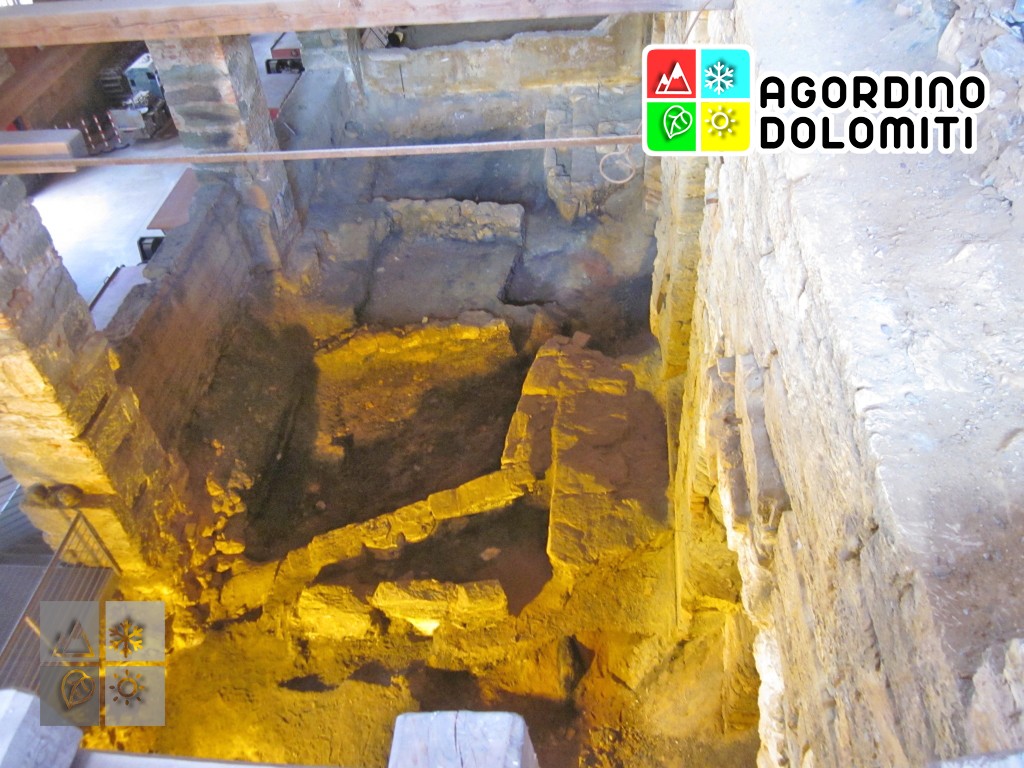 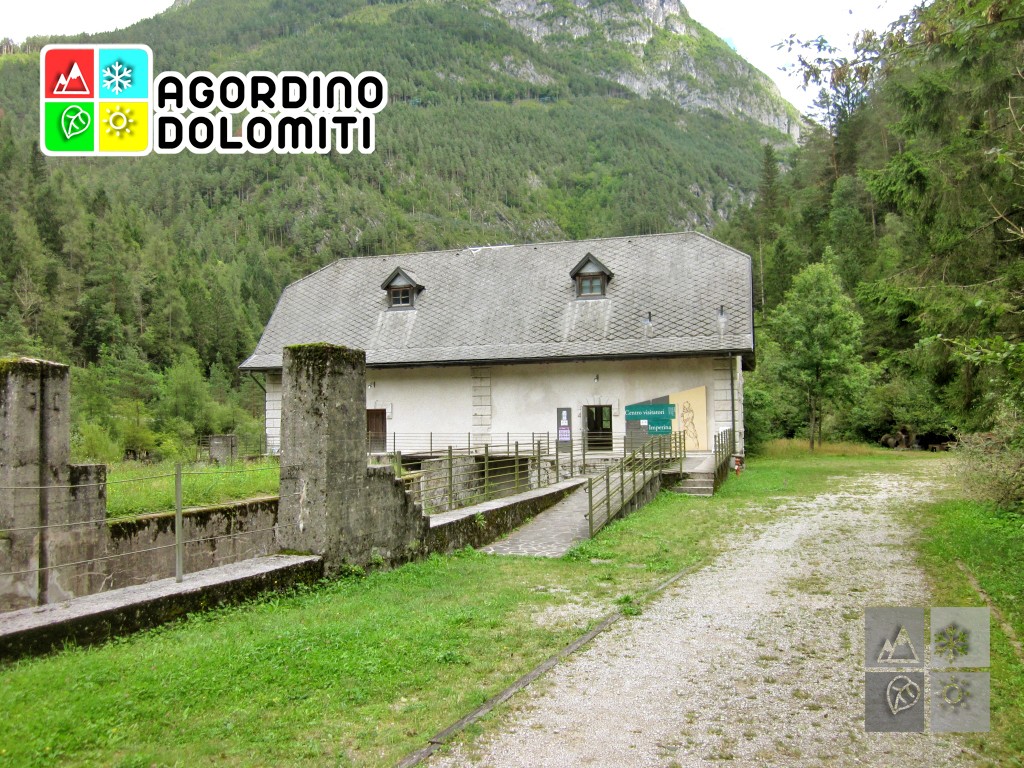 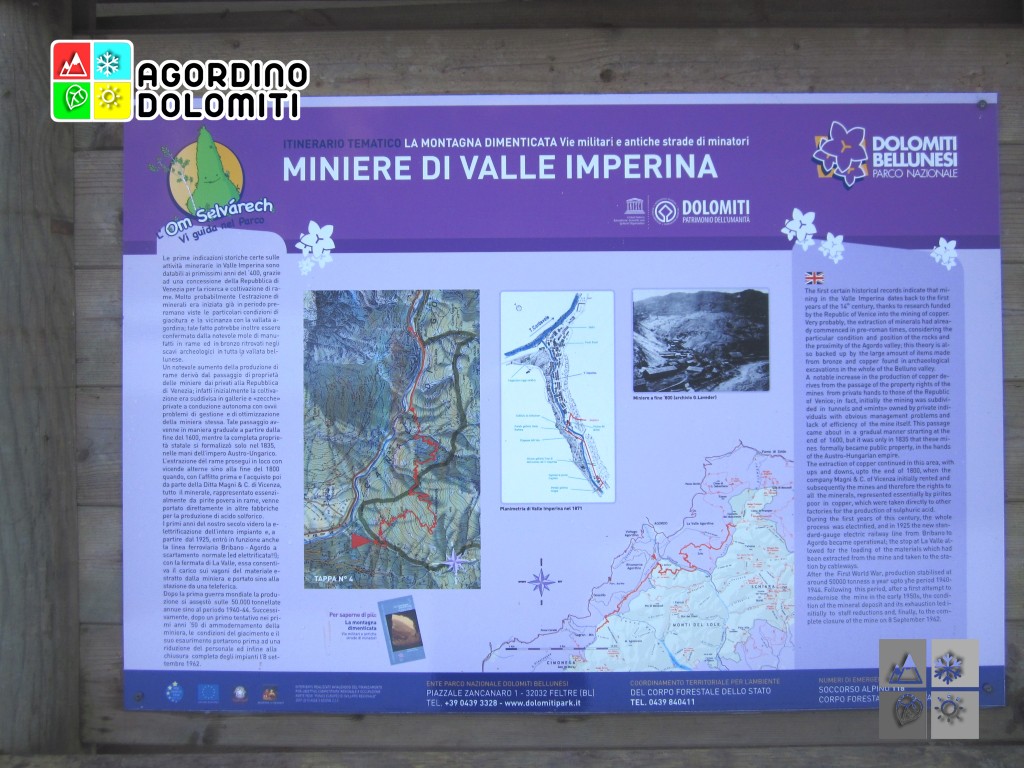 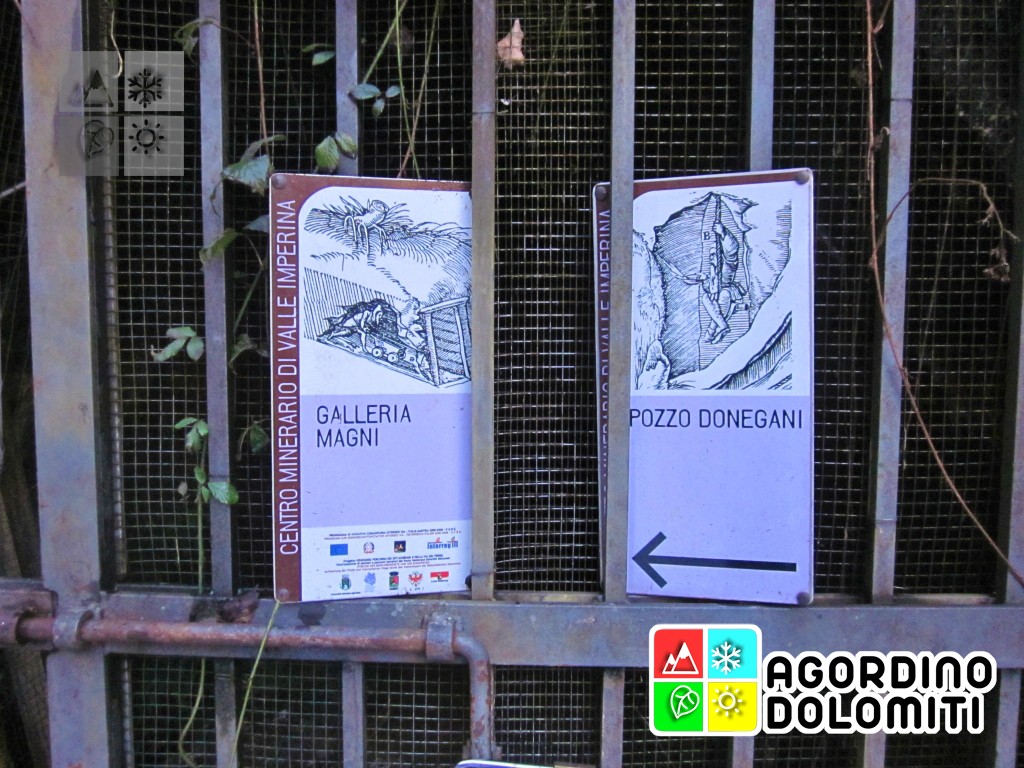 Go to: historical and cultural attractions of the Agordino