The Casa delle Regole [literally “House of The Rules”] is an historical from the 17th Century located in the Municipality of Canale d’Agordo in Val Biois, in the Province of Belluno, Veneto Region. 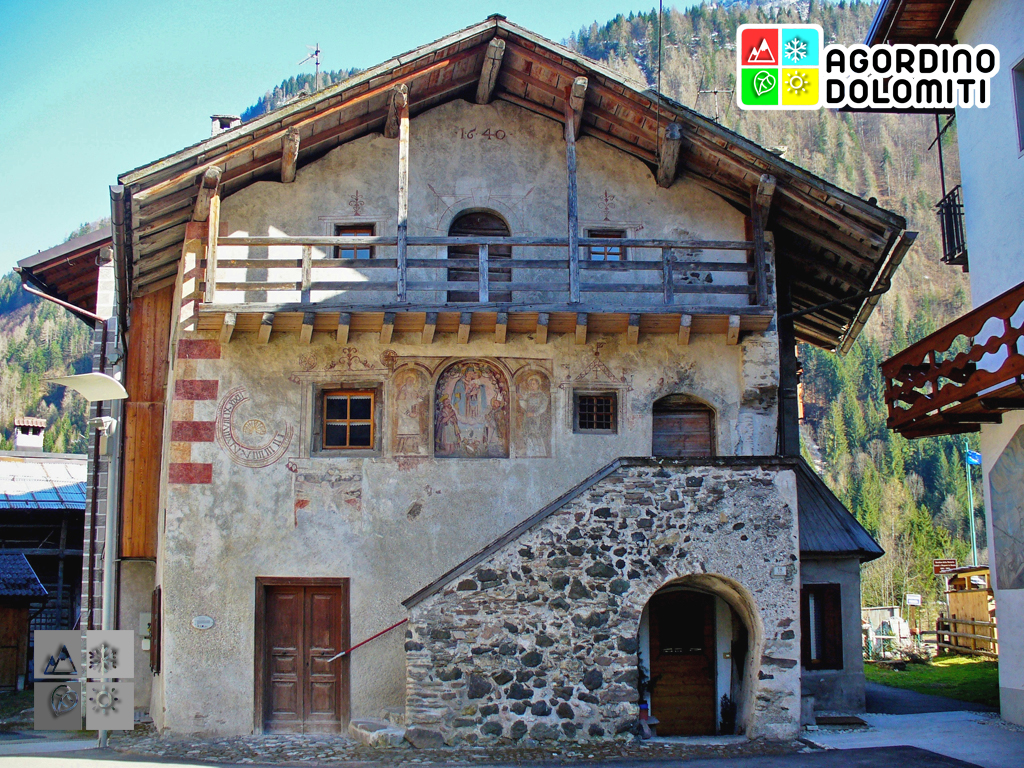 The Casa delle Regole in Canale d’Agordo is located in the charming little square of the hamlet of Tancon (almost 200 meters far from Piazza Papa Luciani) and is probably dated 1640, as written on the facade of the building. data riportata sotto l’architrave dell’edificio sulla facciata esterna. Nonetheless, it is not excluded that the original structure was prior to this date, as revealed through the restoration works of the buildings around the Casa delle Regole.

The function of the building, as the name reveals, was that of a meeting place for the representatives of the Regola di Forno de Canal (the ancient political administrative unit that ruled over the Dolomitic Municipalities from the Middle Ages on), the so-calledi “Capi Colmèl” [Chiefs of the Hamlets]. In this building took place the meetings between the representatives of the different hamlets of the village, which deliberated on various issues related to the practical administration of the territory of Canale d’Agordo. The Regola di Forno de Canal belonged to the Regole di Soprachiusa (see History of the Agordino) and it was a land management system in use in the dolomitic areas under the domination of the Serenissima Republica di Venezia from 1411 to 1806. 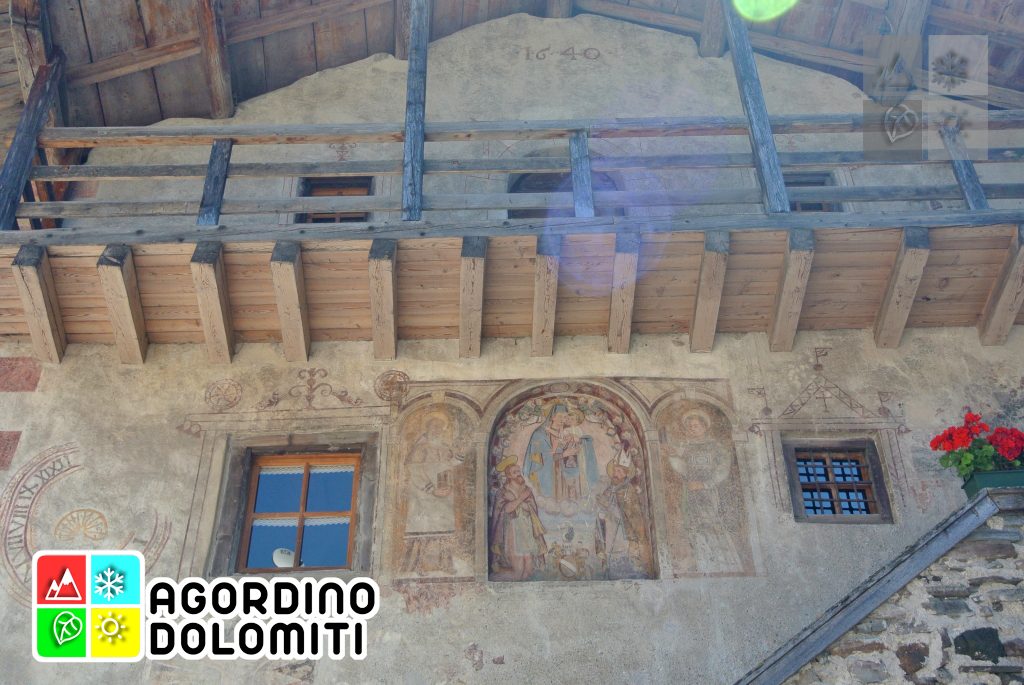 externally the House of the Rules appears richly frescoed; frescoes on the facade have a religious theme. There is also an ancient sundial on the left side of the building.

The Casa delle Regole is a public property managed by the Municipality of Canale d’Agordo. Throughout the year there are many chances to visit this beautiful historical building as the place houses many cultural events and exhibitions. Special openings for groups can be possible on reservation at the contacts of the Canale d’Agordo Tourist Office (see contacts below). Behind the Casa delle Regole, guests can also visit for free the interesting Garden of Memory, a monumental path dedicated tot he Fallen and Missed of the Russian Campaign 1941 – 1943. Si segnala anche nel retro dell’edificio la presenza del , uno spazio museale gratuito dedicato ai Caduti della Campagna di Russia 1941-1943.

Go to: Historical Attractions in Agordino

Go to: History of the Agordino