The Val d’Angheraz is a wild and completely uninhabited valley of the Dolomites UNESCO World Natural Heritage Site institutionally located in the Municipalities of Agordo and Taibon Agordino in the Province of Belluno, Veneto Region. The valley is completely surrounded by the majestic peaks of the Pala Group (Pale di San Martino), classified, according to the SOIUSA Internationl Classification of the Alps as Pale di San Martino Supergroup and according to the UNESCO Dolomites Foundation as part of the 3rd of the 9 official Dolomitic Systems Pale di San Martino, San Lucano, Vette Feltrine and Dolomiti Bellunesi. 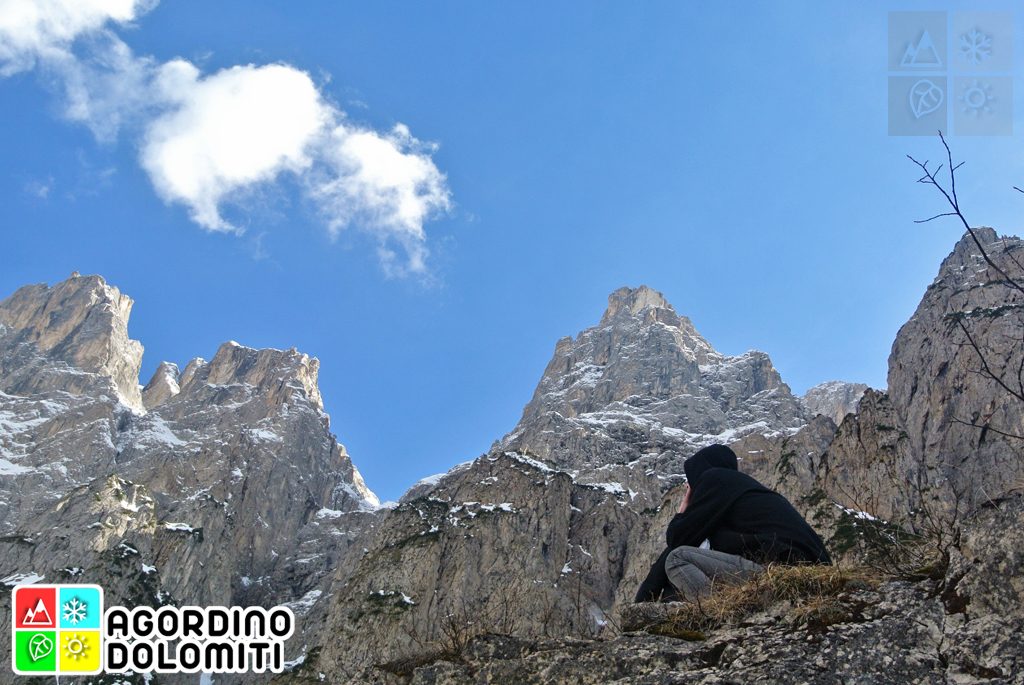 The most interesting feature of the Val d’Angheraz is undoubtedly its wildness; along the seven kilometers of this place, apart from some rare trail markers of the CAI Trail 767, there are no signs of human life, just some shelters or a rare lime kiln used in the past by shepherds and woodcutters. At the same time, when you get close to the sources of the Tegnas River with quite an easy walk, it’s easy to remain astonished in the presence of the imposing walls of the Pale di San Martino. 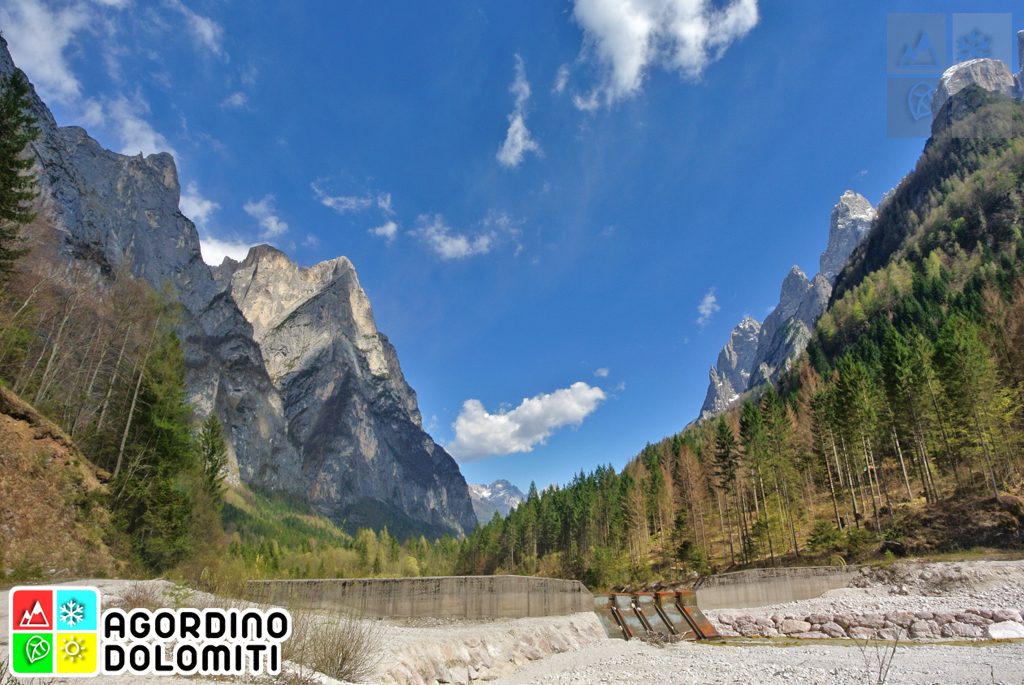 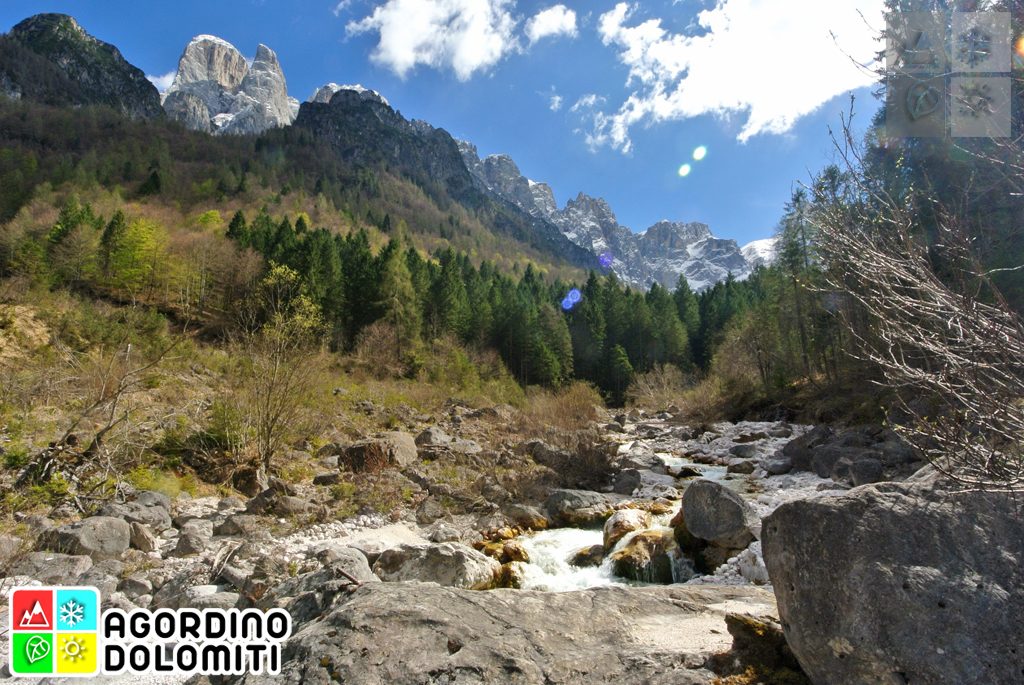 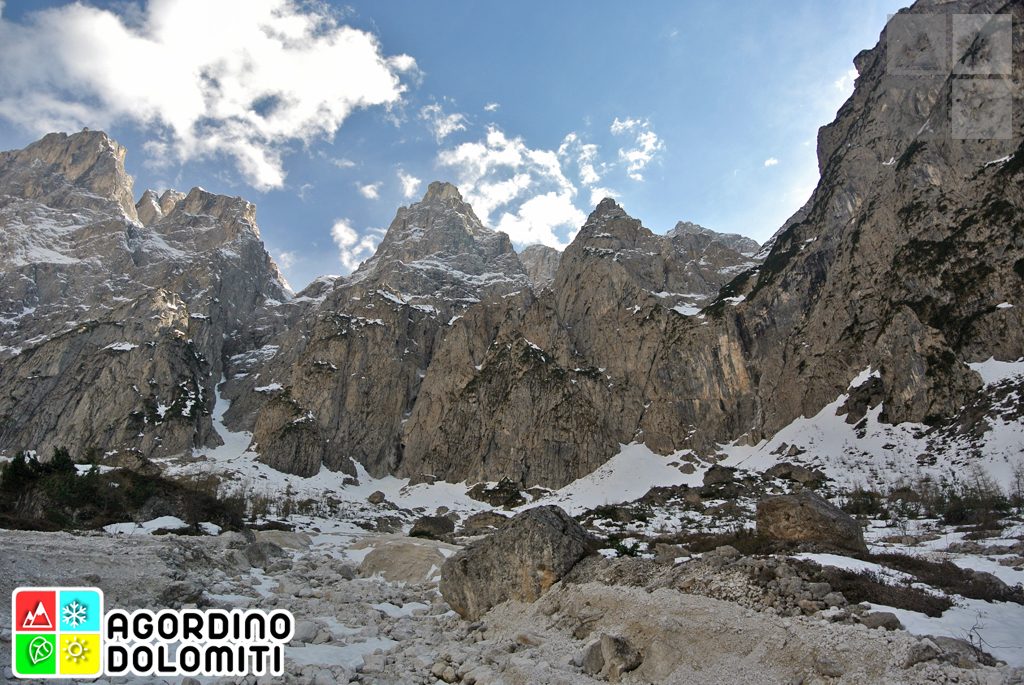 The most convenient access point to the Val d’Angheraz is the hamlet of Col di Prà in the Valle di San Lucano, Municipality of Taibon Agordino; from here it’s easy to take the right way by following the trail markers of the Ferrata dell’Orsa and the Sentiero CAI 767. One of the most beloved way to visit this place is the circular walk that follows the 767 and returns donwstream on the opposite side of the valley. Since the place is almost completely wild, a good map of the area is highly recommended. 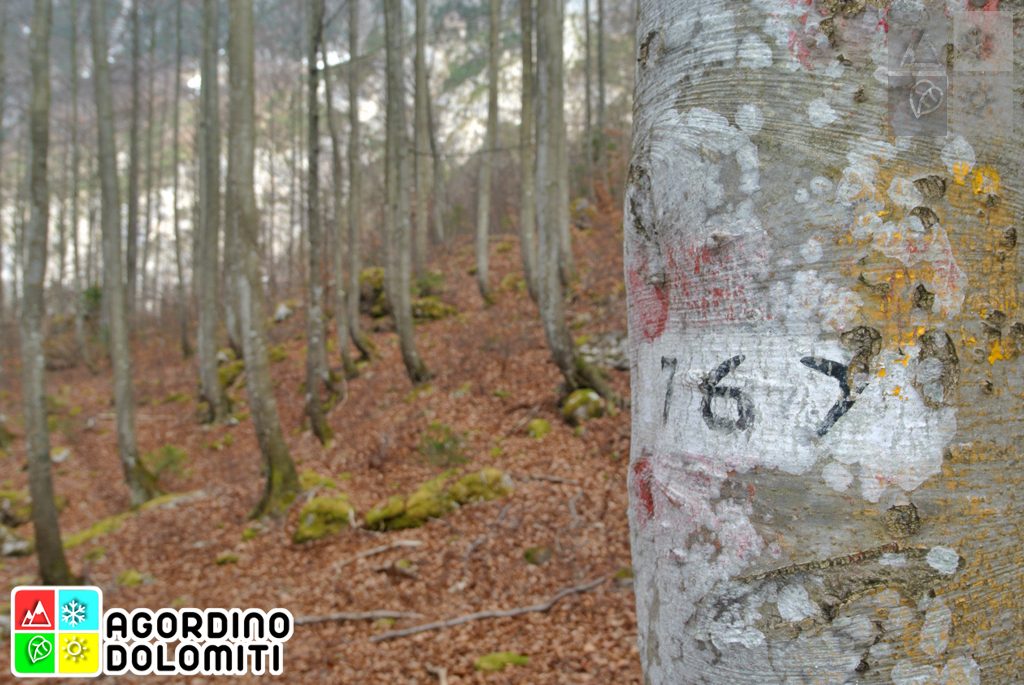 In the past, the Val d’Angheraz was maily exploited for its rich woodlands; from the beechwood present here, woodcutters produced coal on site with the ancient technique known as “pojàt”, a rudimentary furnace made by covering the wood with soil and stones. The coal obtained through this process was then used in the melting furnaces of the many mining centers of the Agordino area, and from the beginning of the 17th Century, exclusively for the Val Imperina Mining center. Following the Cai Path 767, you can also visit another kind of furnace, a lime kiln (called “calchera” in dialect), that some volunteers have restored recently. 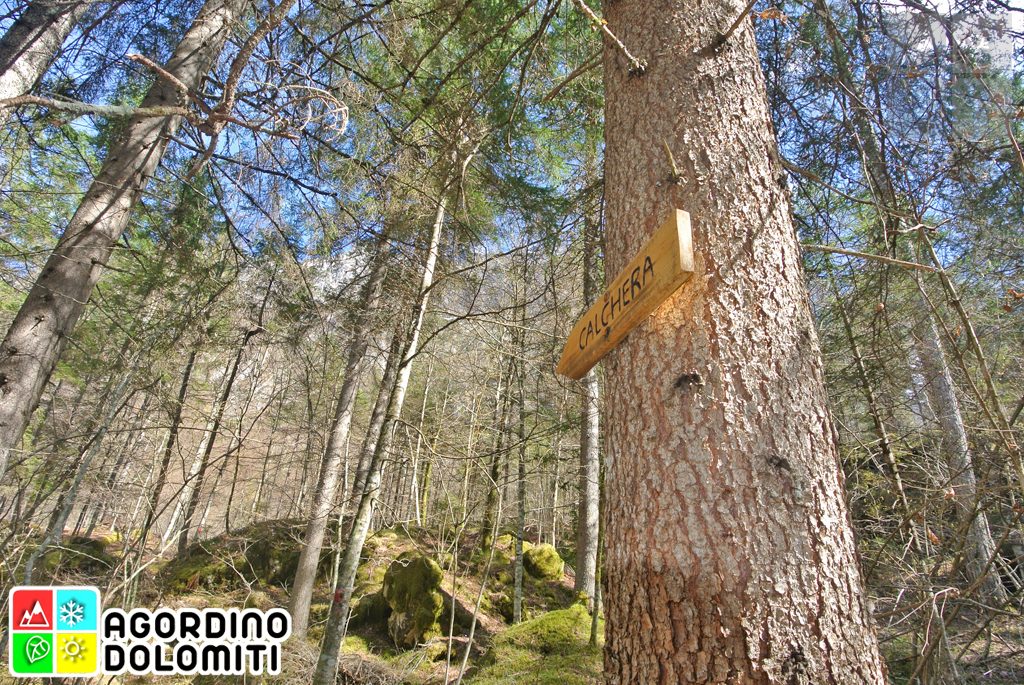 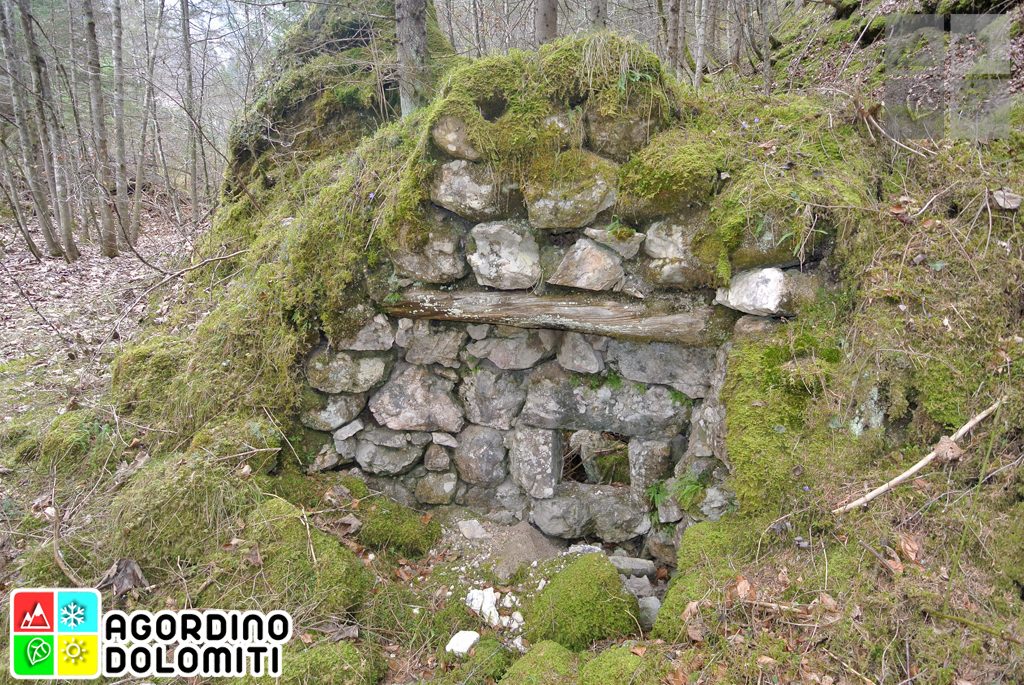 Go to: Natural Attractions in the Agordino area