The Passo Falzarego (often indicated also as “Passo di Falzarego“, Falzarego Pass in English, 2105 meters above sea level) is a mountain pass of the Dolomites UNESCO World Natural Heritage Site located in the Province of Belluno, in the Veneto Region. 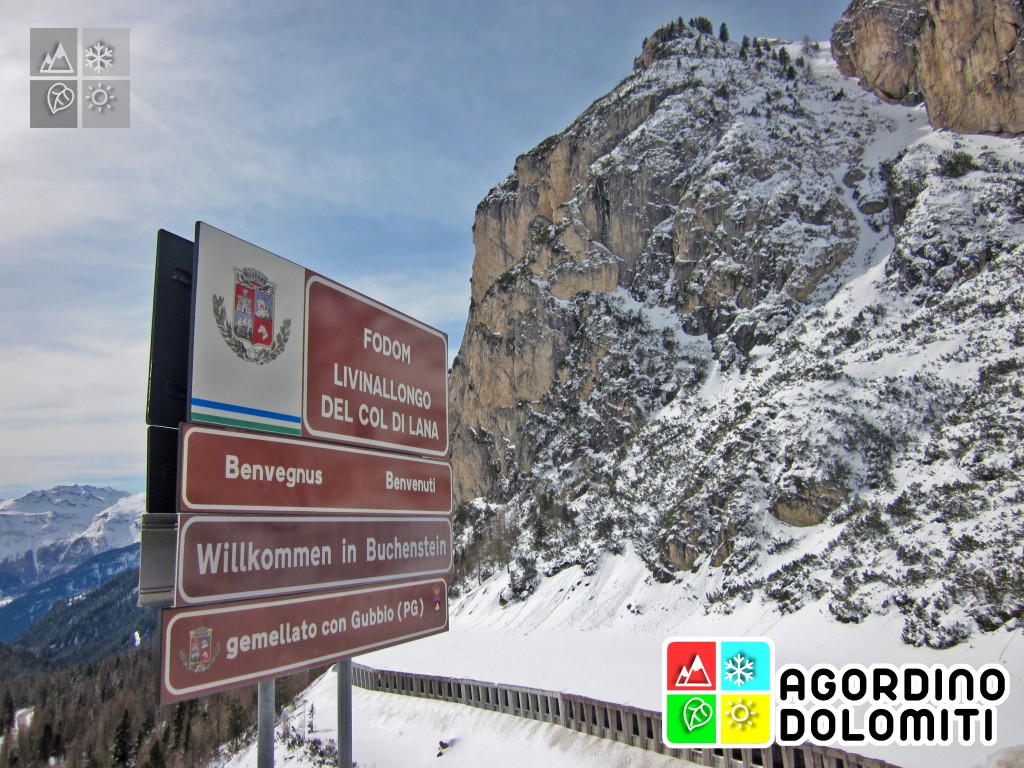 The Falzarego Pass is among the most renowned mountain passes of the Dolomites both for its historical and natural meaning; this charming Alpine pass connects the Fodom Valley in the Agordino area (with the Municipality of Livinallongo del Col di Lana) to the Ampezzano area (in the Municipality of the worldwide known Cortina d’Ampezzo).

The place name “Falzarego” seems to come from the ancient Ladin “Falza Rego”, which could mean “false king”; if this assumption would be correct, the name would derive from the famous legends of the Fanes saga.

Located among the peaks of the Northern Dolomites System (the 5th of the 9 officially recognized and protected Dolomites Systems according to the UNESCO Dolomites Foundation), the Falzarego Pass is a treasure of high-altitude natural attractions. From the several observation points offered by this wonderful mountain pass, guests can enjoy breathtaking views on the famous Dolomite peaks of the Northern Dolomites: Mount Lagazuoi, Mount Sass de Stria, the beloved Cinque Torri, the Tofanas; in additions to these, many other Dolomites Systems can be easily admired on the Falzarego: the Marmolada Group, the Pelmo – Croda da Lago System, the fascinating Nuvolau Group, the Settsass and many others.

A dramatic battlefield between the Reign of Italy and the German-Austro-Hungarian armies during the Great War, Passo Falzarego is still nowadays plenty of historical attractions of that sad period. The famous Punta Berrino War Galleries are the destination of dozens of thousands of hikers every year, and the comfortable Falzarego – Lagazuoi cable car allows also non-trained guests to easily reach the most important fighting grounds of the area.

Falzarego is also renowned among road cyclists for being a tough mountain pass; the area is the setting of the famous Maratona dles Dolomites and it is often chosen as the mountain stage of the Giro d’Italia. Falzarego is furthermore very famous among motorbikes, and the pass is one of the stages of the yearly historical old-timers meeting called Coppa d’Oro delle Dolomiti.

From the top of the Falzarego Pass there’s the access to the Valparola Pass, the natural connection between the Fodom and Ampezzo valleys on the Belluno’s side and the Val Badia on the Bozen’s side.

Vai a: Attrazioni Naturali in Agordino