The “Mountain of Blood”, Symbol of the Great War in the Dolomites

The Col di Lana (2450 meters above sea level) is a mountain of the Dolomites UNESCO World Natural Heritage Site located in the territory of the Agordino Municipality of Livinallongo del Col di Lana in the Italian Province of Belluno, Veneto Region. 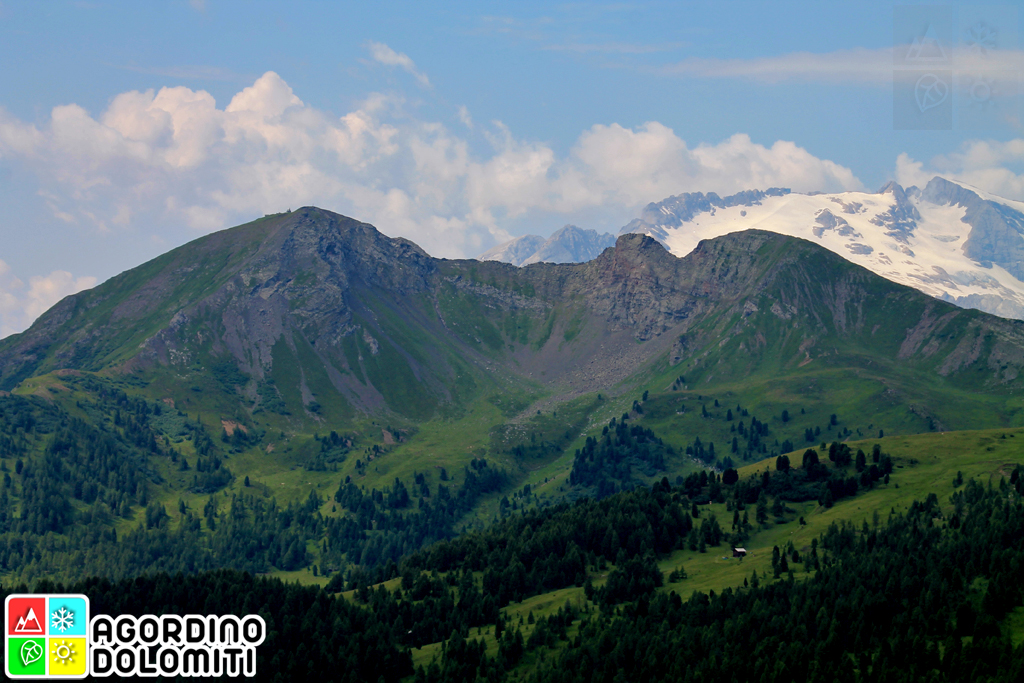 Col di Lana and Mount Sieff, Marmolada in the background

The Col di Lana is sadly renowned for being one of the sports which were protagonists of some of the gorier battles of the Great War in the Dolomites; for this reason, this mountain and the nearby Mount Sief are called the “Mountain of Blood“, or “Blutberg” in German. 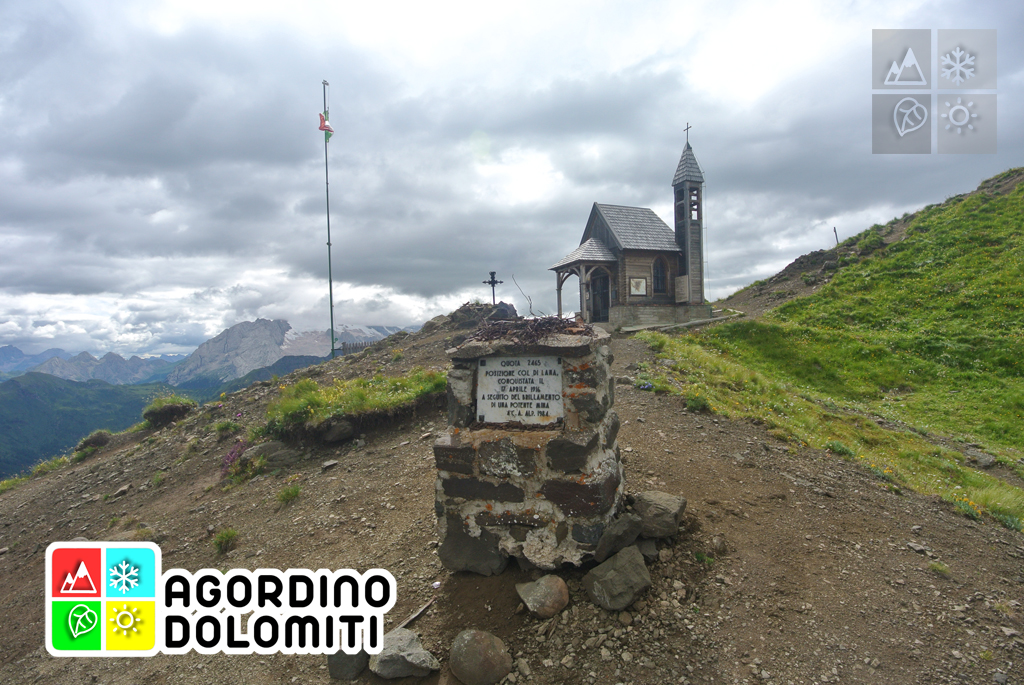 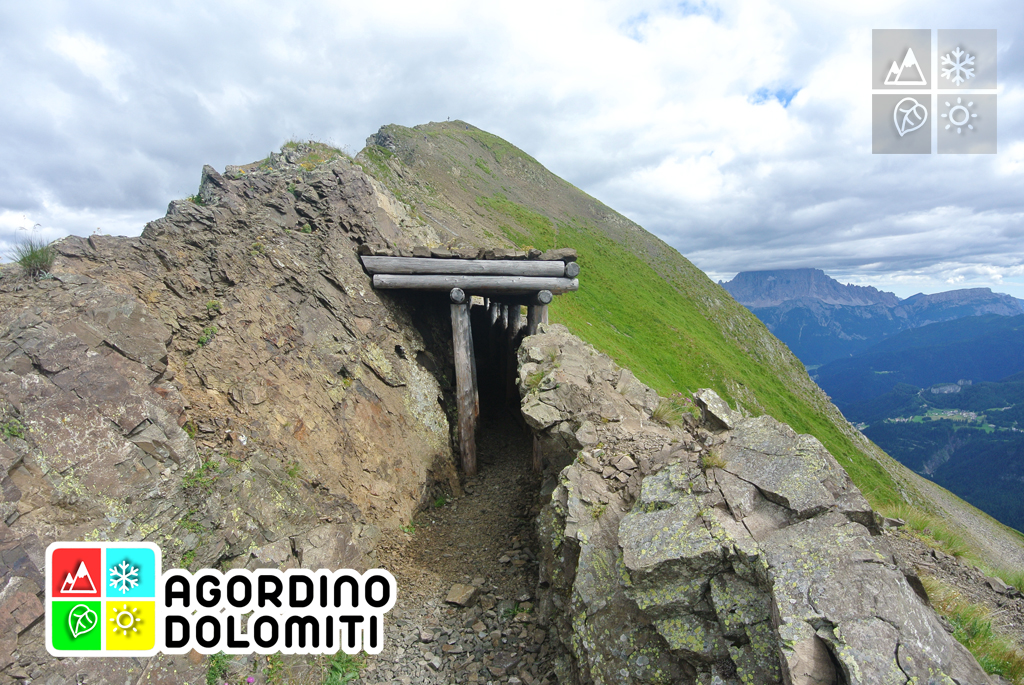 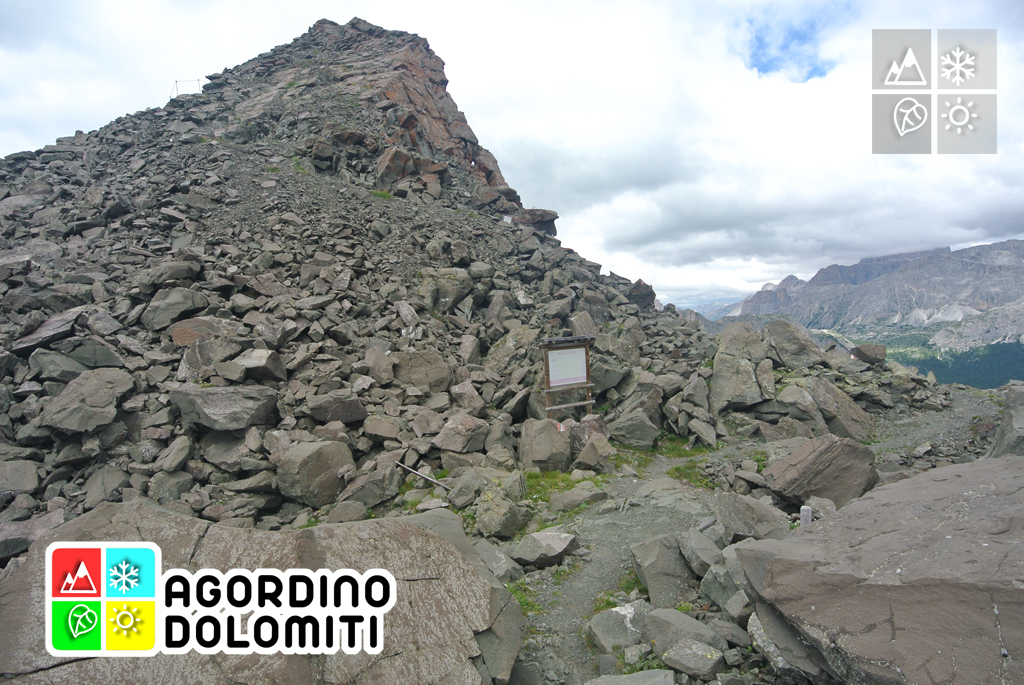 Austrian-Hungarian mine crater on Mount Sief

Considering the position of the Col di Lana within the Yellow Line battlefield during WW1, the importance of the military phases carried out on this mountain and the terrible heritage derived by the scary trench warfare that characterized the First World War, the Col di Lana is undoubtedly an iconic symbol of the Great War in the Dolomites (together with the nearby Marmolada). 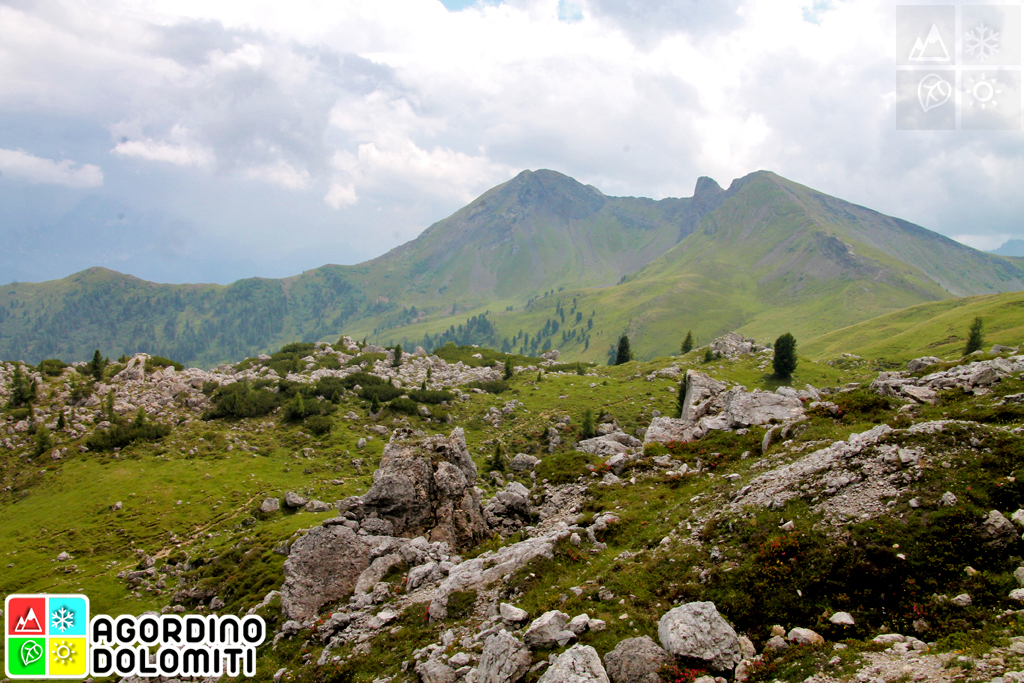 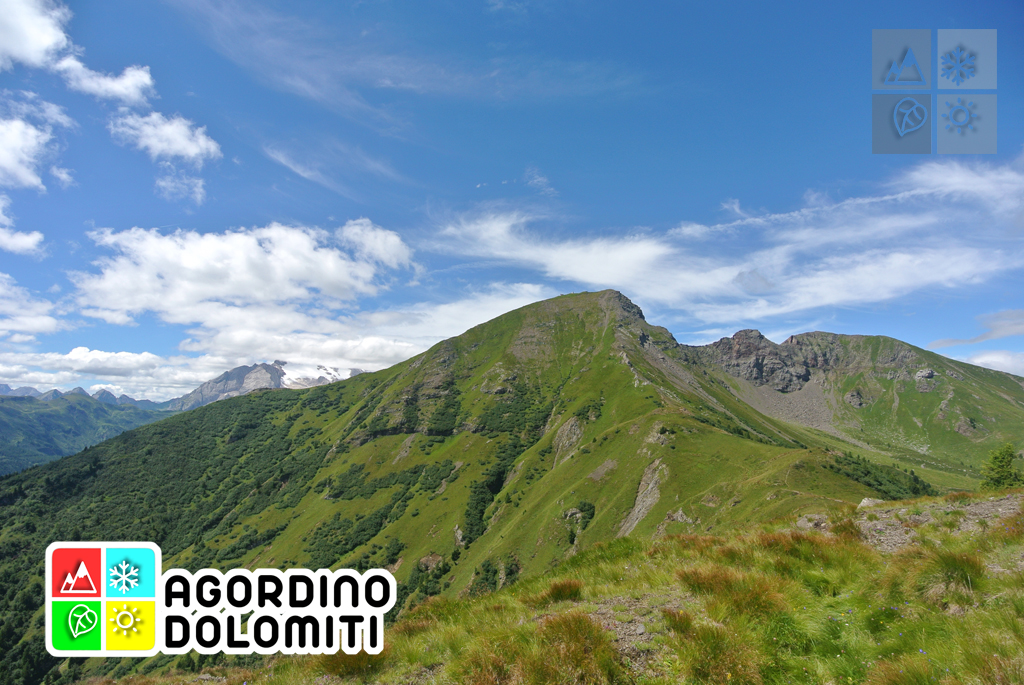 The savagery of the battles that took place on this mountain from May 1915 to the Spring of 1916 earned the Col di Lana a sinister reputation; the huge blast that almost cancelled part of the summits of Col di Lana and Monte Sieff, operated by the Italian Army with 5 tons of dynamite in the night of April, 17th 1916 represents the climax of a war of mines and countermines that caused about 15000 deaths on both the Italian and the Austro-Hungarian sides. After this explosion, the conflict was moved to the nearby Marmolada Glacier, another sad theater of slaughters and war atrocities.

The Italian blast of Col di Lana is still visible nowadays and protagonist of an impressive passage of the Col di Lana Historical Trail; to commemorate all the fallen and missing soldiers on both sides, the summit of the Col di Lana houses a small church and a war monument; the remains of almost 6000 soldiers are housed in the Pian di Salesei Military Shrine at the foot of the mountain. 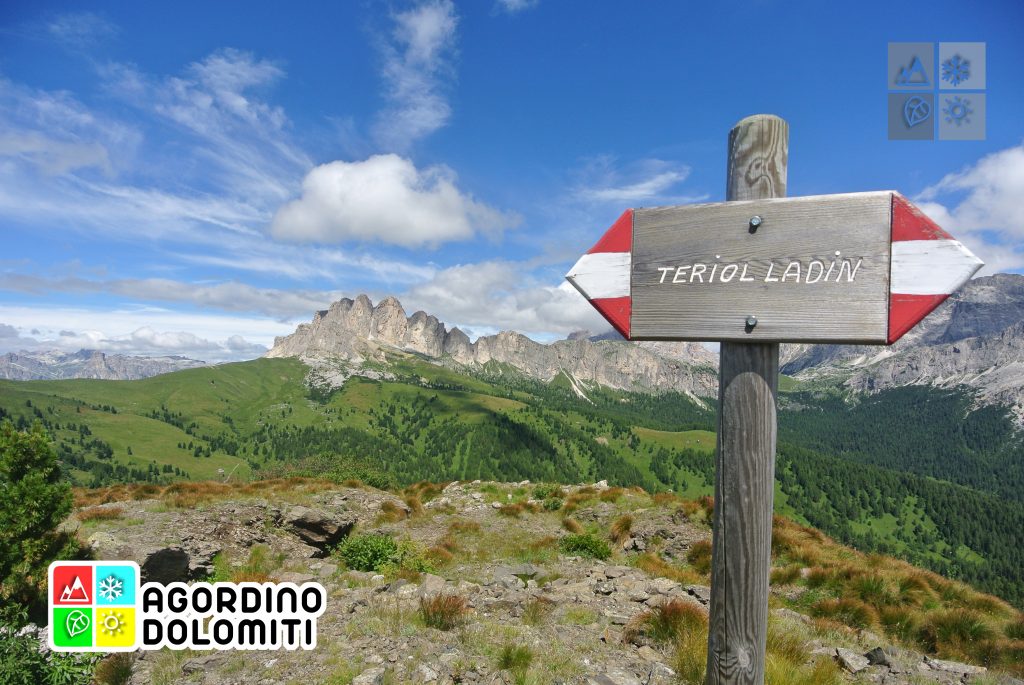 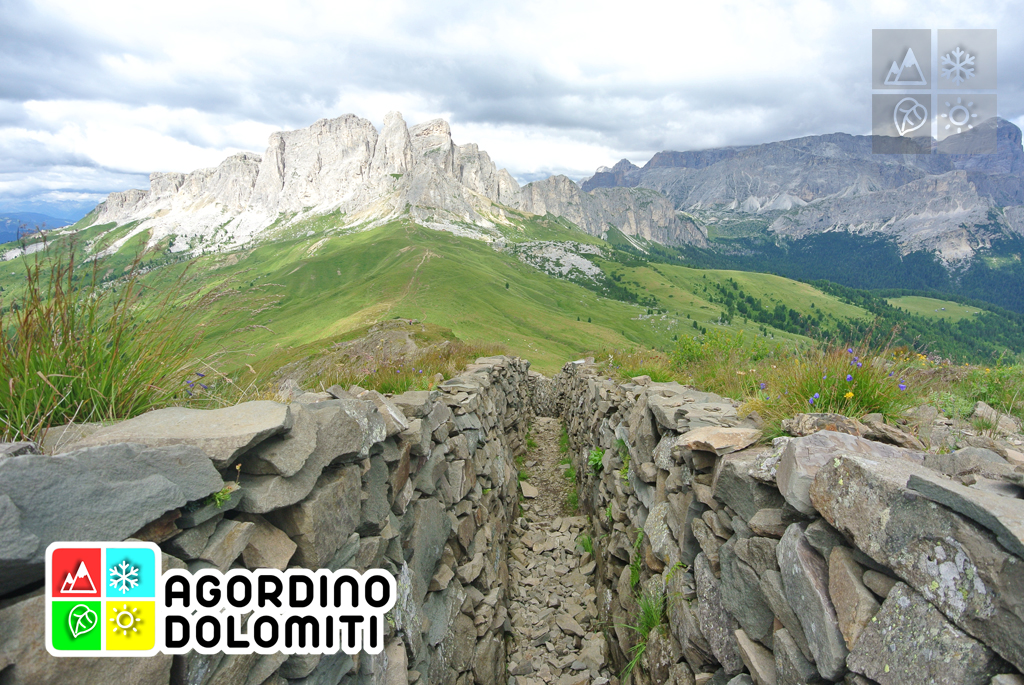 Trenches on Mount Sief, Settsass and Lagazuoi in the background

The events of the Great War in this place were so remarkable, indelible and crucial that the wording “del Col di Lana” (literally “of the Col di Lana”) was officially added to the placename Livinallongo by Mussolini decree in 1923; even after the end of the Italian fascist regime, the choice of maintaining the wording was confirmed with a referendum in 1983.

The crater of the huge Italian mine is still clearly visible and crossed by the Sentiero Storico del Col di Lana historical and cultural route. Also a good part of the original Austrian-Hungarian posts and trenches can still be visited, and the hike is highly recommended also under the spectacularity of the landscape that surrounds the Col di Lana, with many of the most famous peaks of the Dolomites (Marmolada, Civetta, Pelmo, Croda da Lago, Nuovlau, Tofane, Lagazuoi, Sella, Sassongher and many others).

In addition to the above mentioned Sentiero Storico, the Col di Lana is surrounded by the marvellous Teriol Ladin (literally “Ladin path”), a wonderful and sporty hike that describes a circular route around the summit of the mountain. Enthusiasts of history of the Great War in the Dolomites can see in this iconic place many other war finds and monument on the Col di Lana, in the territory of the Livinallongo del Col di Lana and in general in the Agordino area, which was a strategic boundary with the Austrian-Hungarian Empire.