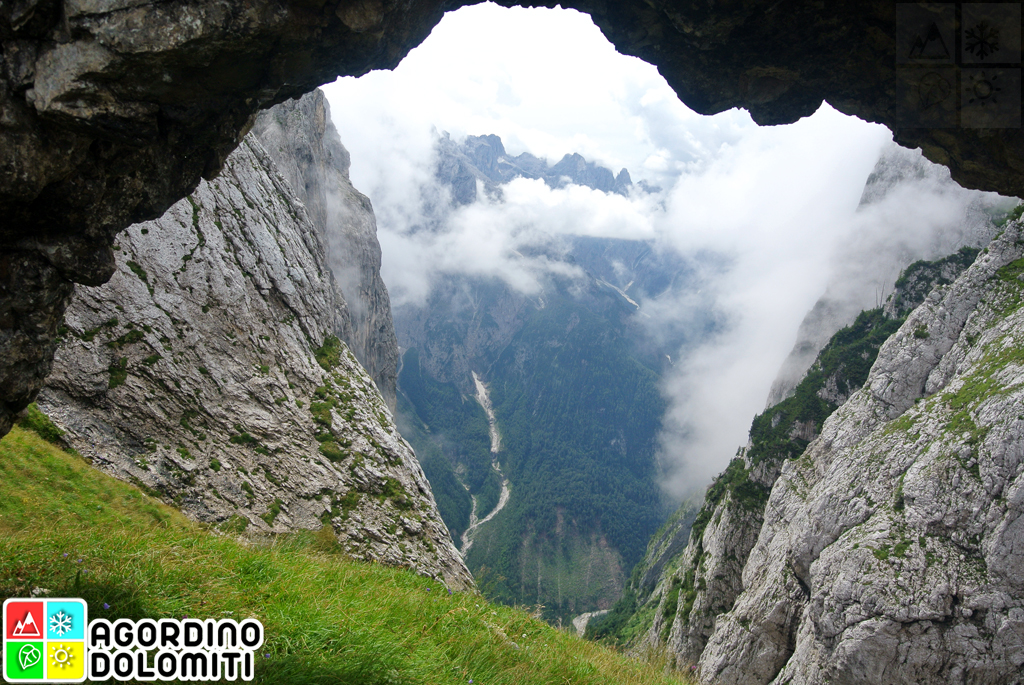 View through the Bersanel Arch

This striking natural attraction of the Dolomites is located at the foot of the Monte San Lucano (2409 meters above sea level) not far away from Focella Gardes and close to the Boral di Lagunaz, in the Pale di San Lucano sector, between the Belluno Municipalities of Taibon Agordino and Cencenighe Agordino. The Bersanel Arch lies at the beginning of what was known a long time ago as the Via Ferrata Miola, a via ferrata which is nowadays no more accessible. 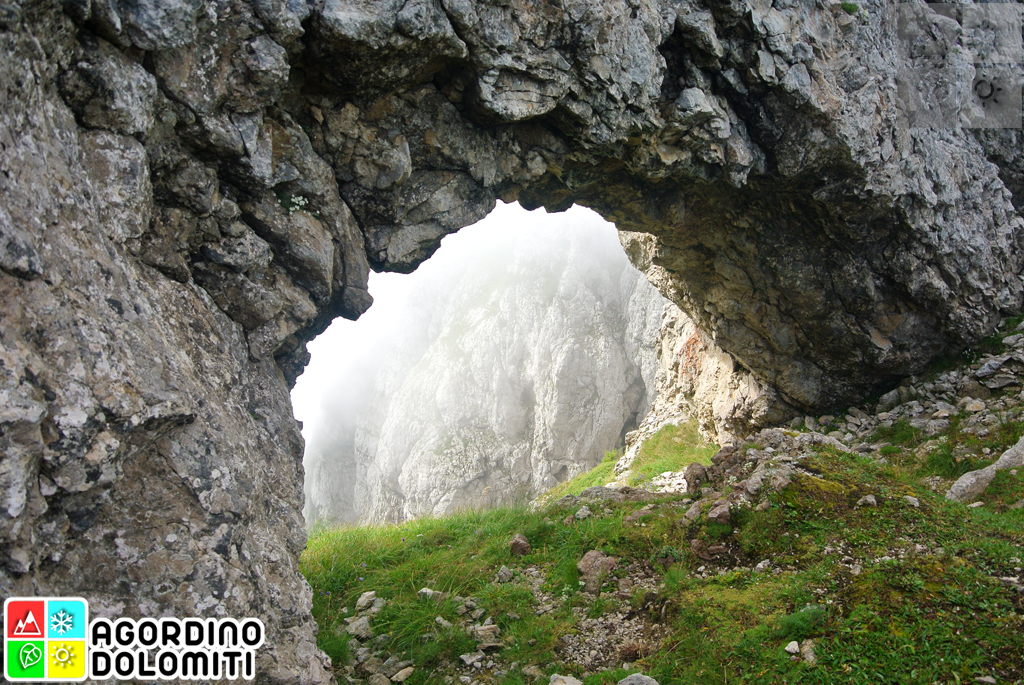 The Arco del Bersanel belongs to those unexpected, surprising attractions that characterize the wildest areas of the Dolomites; this perfectly shaped natural Dolomite arch is big and spectacular and it offers a wonderful view on the surrounding peaks and valleys of the Pale di San Martino through its hole. Very similar to the nearby El Cor (Cuore di San Lucano, the famous heart-shaped Dolomite arch that dominates the San Lucano Valley), the Bersanel Arch is very striking both for its form as well as for the view one can enjoy on the below Angheraz Valley. 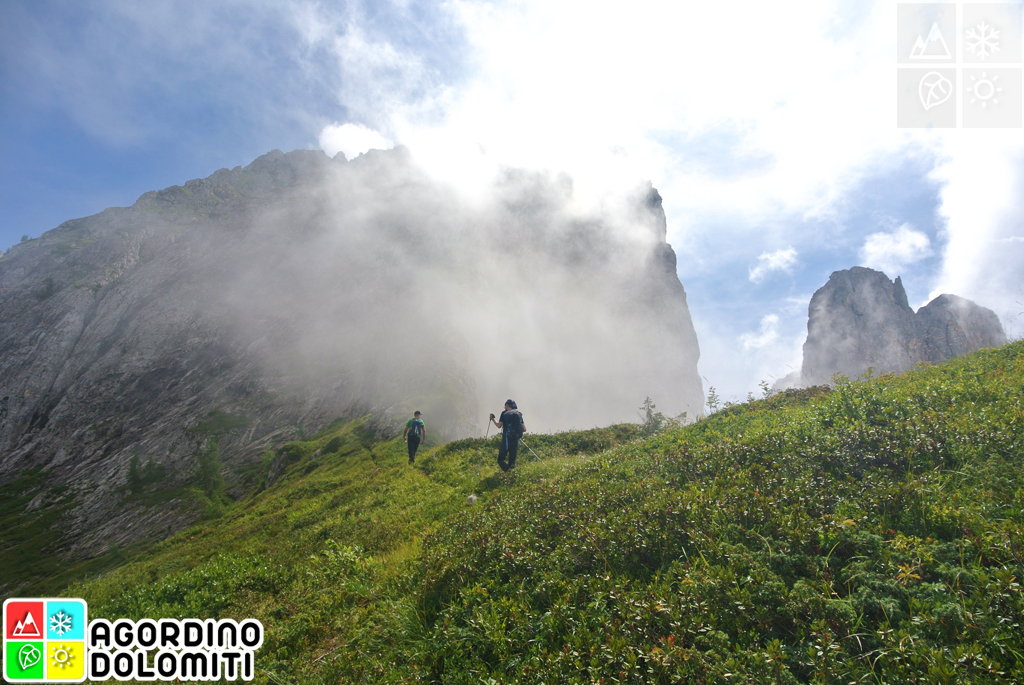 Path to the Bersanel Arch 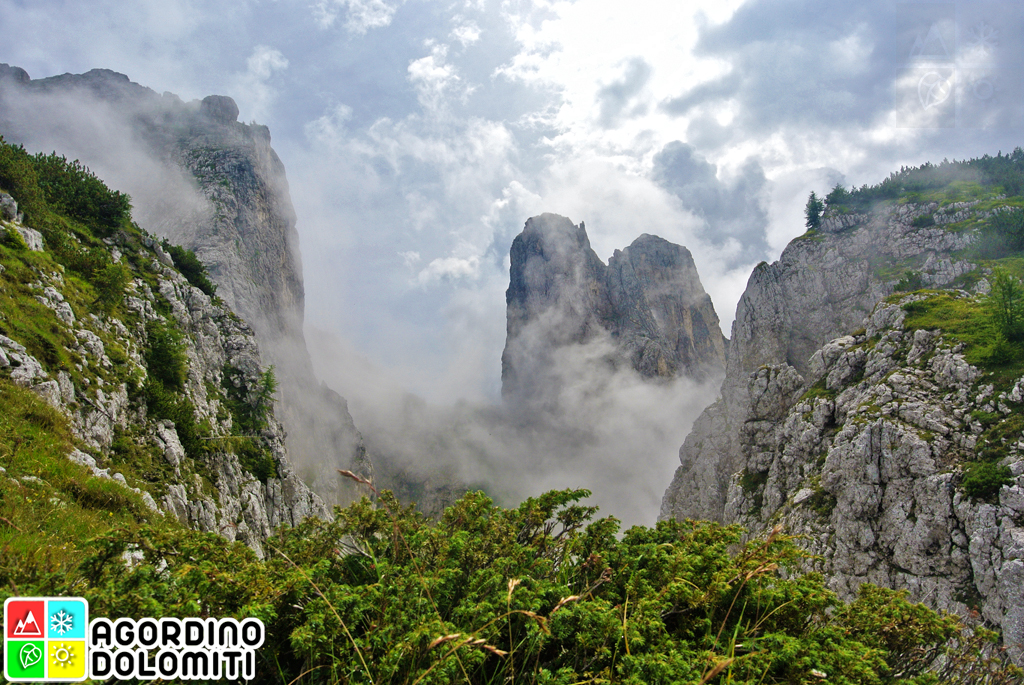 The easiest hiking access to the Bersanel Arch can be approached from the San Lucano Valley (Municipality of Taibon Agordino) by following the trail signs towards Malgonera and Forcella Gardes (CAI Path 761 until Pont, then CAI Path 764 until Forcella Gardes). Right before approaching the last ascent to Forcella Gardes there’s the trail to the arch / Via Ferrata Miola, which is not marked by any trail sign or marker sign. The path to the Bersanel Arch is not the easiest one around and requires good knowledge of the Alpine environment and hiking experience; for this reason, it is advisable to ask a professional Mountain Guide for help if you want to visit this amazing natural attraction without bad surprises. 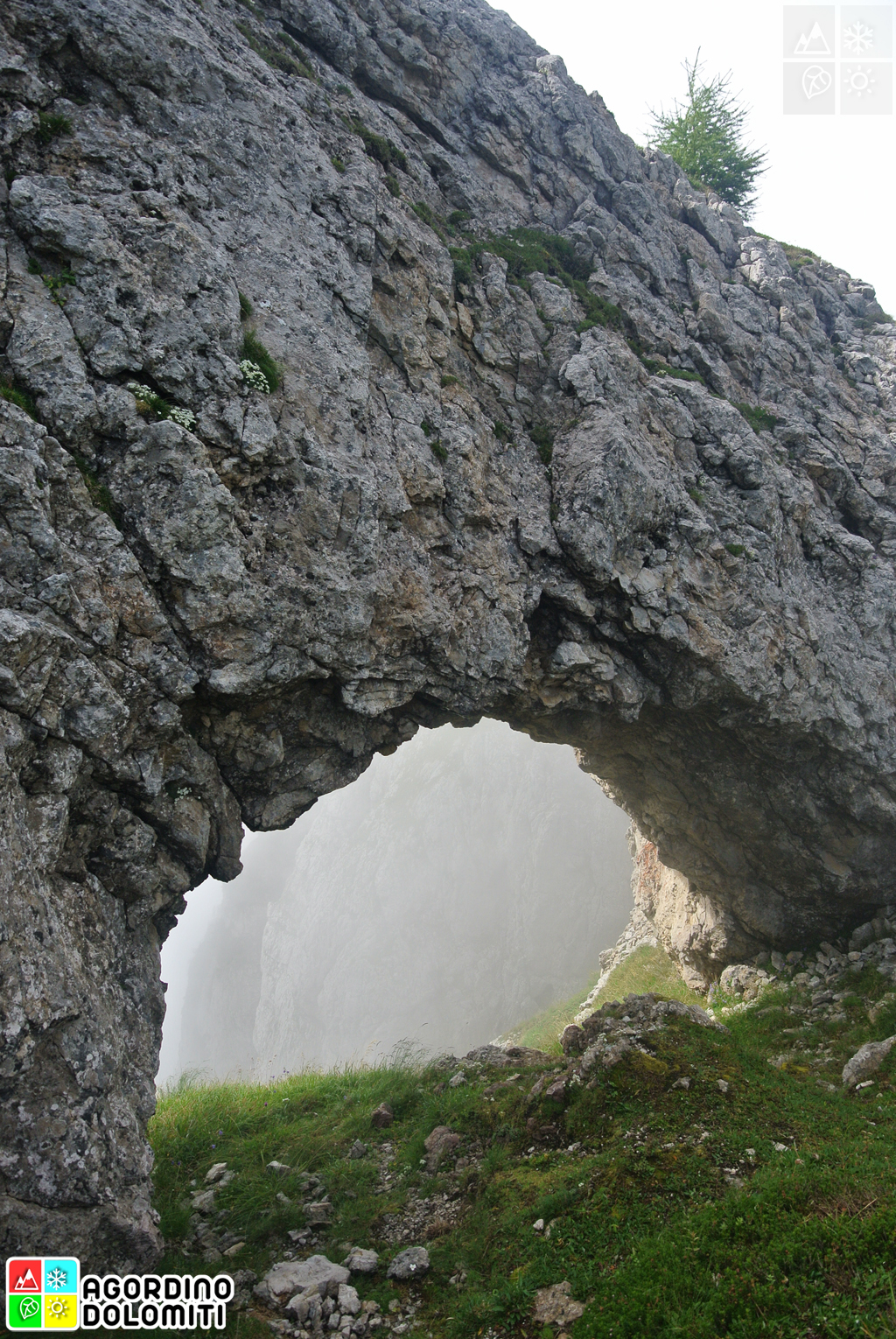 Go to: Natural Attractions of the Agordino area