The symbol of the Ladinia

The Sella Massif (3152 meters above sea level) is a worldwide famous mountain range of the Dolomites, located between the Italian Provinces of Belluno, Bolzano (Südtirol) and Trento (Trentino). Symbol par excellence of the Ladins of the Sella, the Sella Massif is one of the most renowned and popular mountain groups of the Pale Mountains. 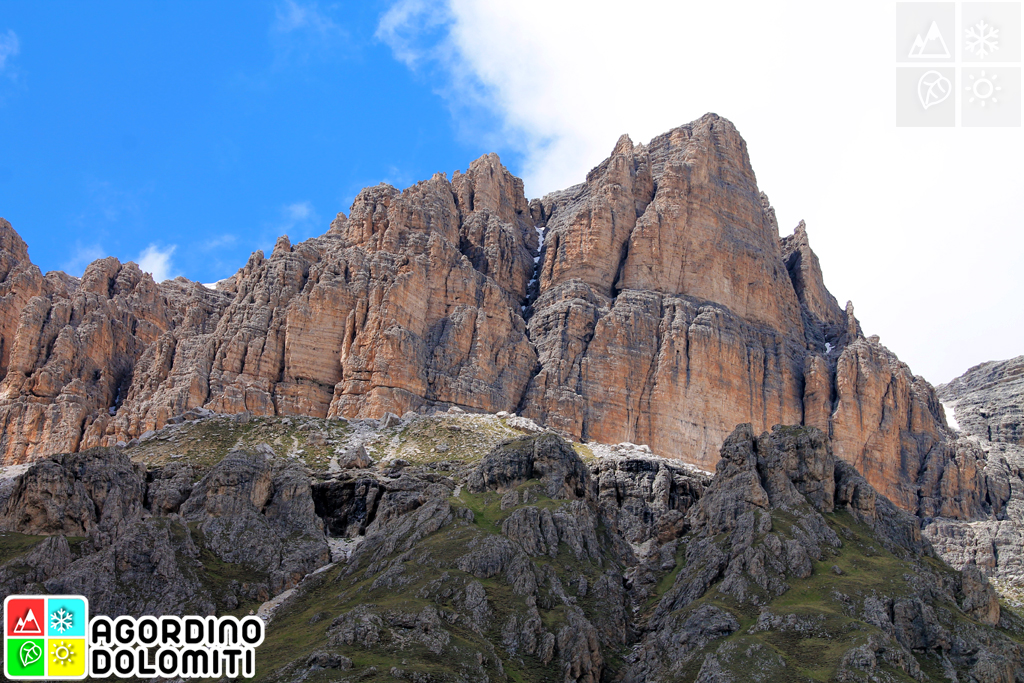 The Sella Massif occupies remalkably wide area and presents itself as an elevated plateau surrounded by vertical walls. Originally, during the Triassic period, just a small isle emerged from the sea, whereas the coral reef was lying underwater. Exactly where the isle was located, nowadays lies the summit of the Sella Massif, that is the Piz Boé. 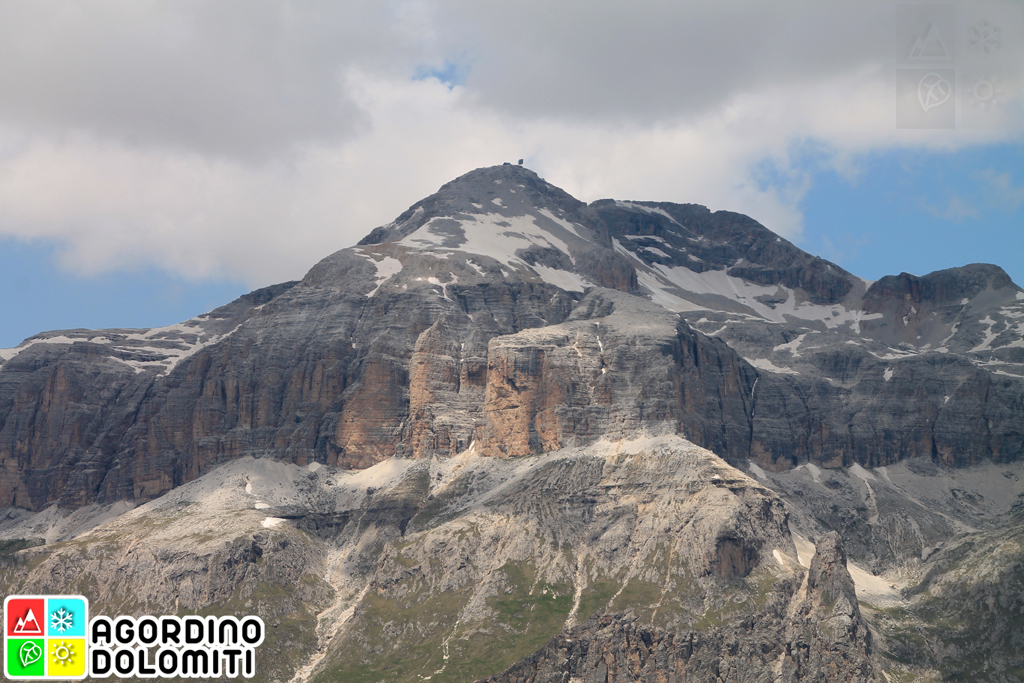 Undoubtedly dolomitic and incredibly imposing, the Sella Massif couldn’t be included in 2009 into the 9 official Dolomite Systems recognized and protected by the UNESCO as World Natural Heritage Site; the reason of this situation is to be tracked back to the fact that the mountain range has undergone too many artificial modifications in recent times, as, for instance, the presence of the ski lifts of the Dolomiti Superski carousel. According to the SOIUSA International Classification of the Alps, the Sella Massif is part of the Gardena Supergroup and is the main peak of the Sella Group. 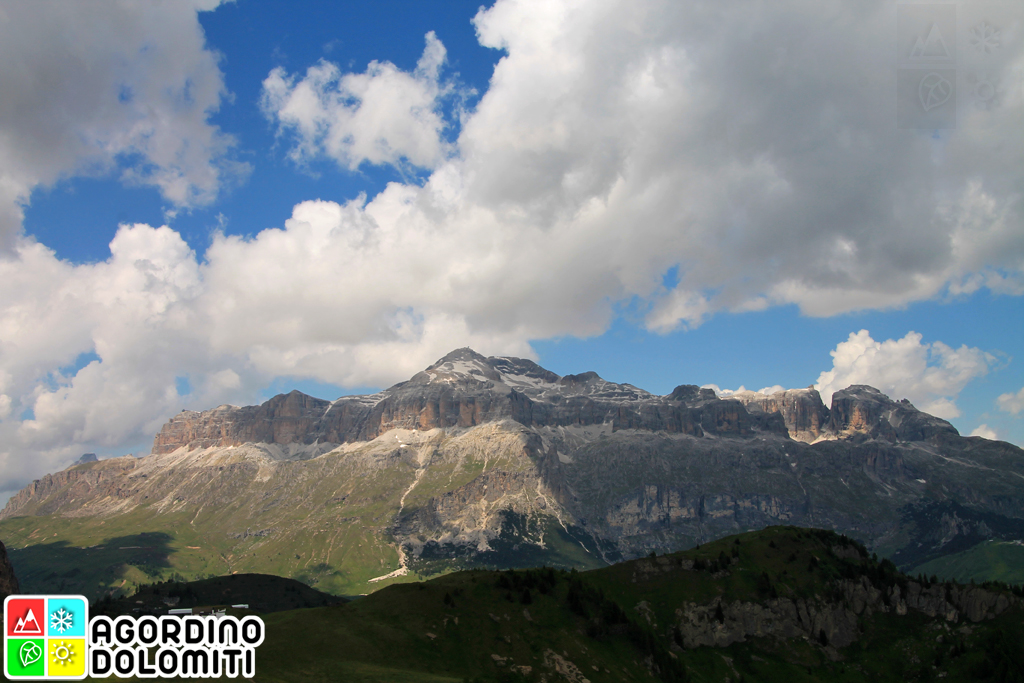 The Sella Massif is mainly famous for the circular route that surrounds the mountain range, which is called Sellaronda or Four Passes Tour (“Giro dei Quattro Passi” in Italian). Mount Sella is undoubtedly the mountain that, more than any other in the Dolomites, is suitable to welcome mass-tourism both in Winter and in Summer. The ski connection of the four valleys around the Sella Massif (which are: Valle di Fodom in Agordino, Val Badia-Gadertal and Val Gardena-Grödental in Südtirol, Val di Fassa in Trentino) is called Sellaronda Ski Tour and it is probably the most famous ski tour of the Alps. Sellaronda is a well-run tourism attraction that welcomes during the winter seasons dozens of thousands skiers every day.

The road of the Sellaronda is very popular among road cyclists (to which two yearly events are dedicated: the Sellaronda Bike Days and the Maratona Dles Dolomites) and motor bikers, that come here from all around the world to visit the Dolomites area. Sellaronda on dirt roads is in summer also very famous among mountain bikers, that can take advantage of the ski lifts of the area, normally opened also during summer in the context of the Dolomiti Super Summer opening times. 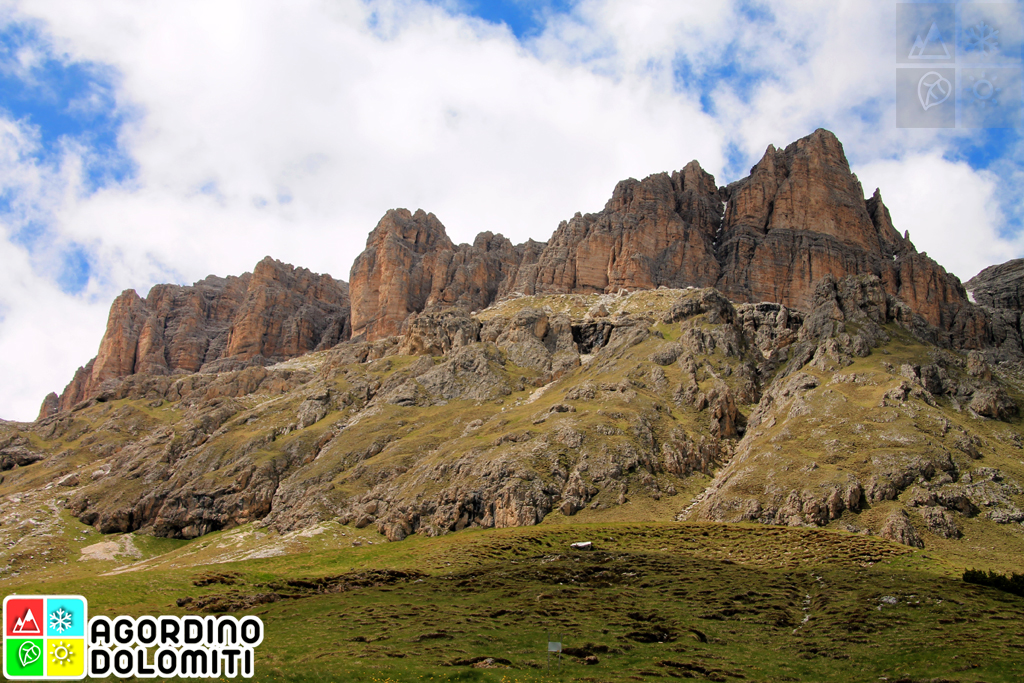 Traditionally, Mount Sella is the symbol of the ancient Ladinia: it was an administrative district of the historical region of the Tyrol that included 18 Municipalities of the Northern Dolomites, in which special conditions were in force (just to name one of these, the fact that, despite being in a German-speaking Country, Ladins could officially use also their native dialect, the Ladin language, in addition to German). Nowadawy, the ancient Ladinia has been divided into three different Italian Provinces (Belluno, Trento and Bolzano) and in two Italian Region (Veneto and Trentino-Alto Adige), but Ladins still maintain their customs and habits and identify themselves as Ladini del Sella. 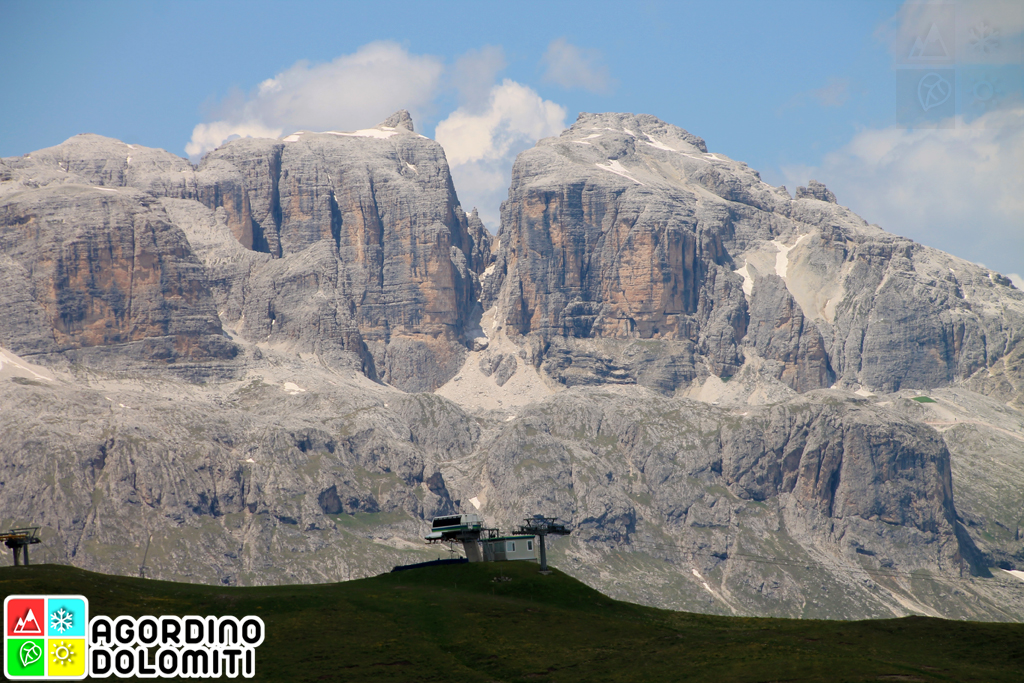 Walls of the Sella and Portavescovo ski lifts (Arabba)

The Sella Massif is surrounded by a dense net of wonderful hiking trails; on the Belluno side, these paths connects Passo Pordoi to Passo Campolongo and allow hikers to easily reach every place of the Fodom Valley. Close to the summit of Passo Pordoi there is the famous Via Ferrata Piazzetta al Piz Boé, one of the most challenging Via Ferratas of the Dolomites. 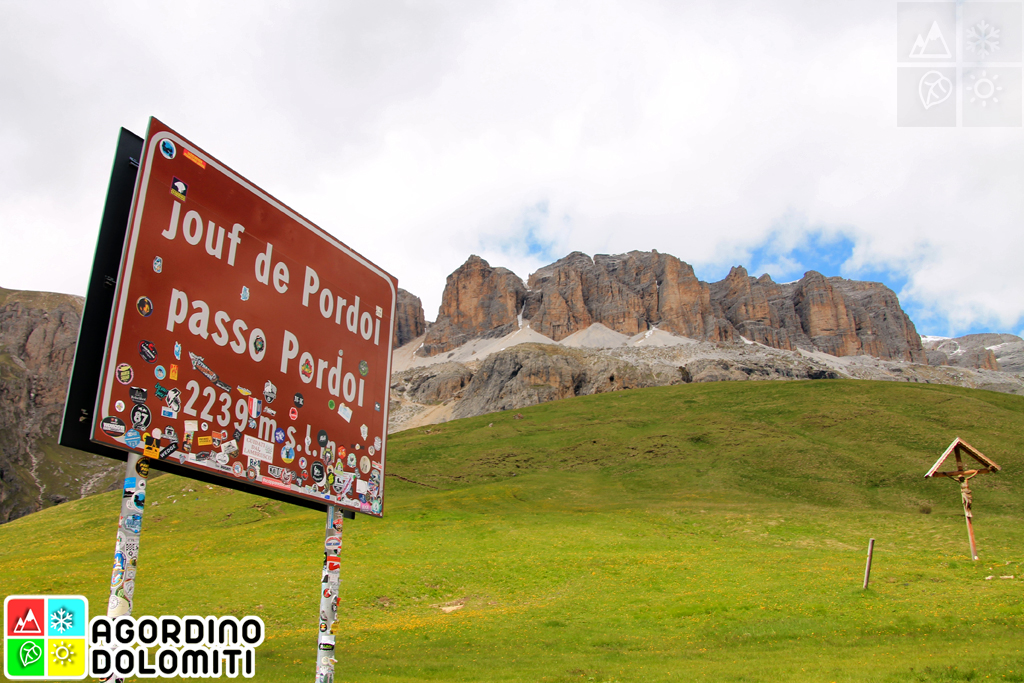 Always close to the top of Passo Pordoi lies the famous German Military Memorial of Passo Pordoi, an imposing war monument built by the Federal Republic of Germany in 1959 to house the German soldier dead in Italy during World War II. 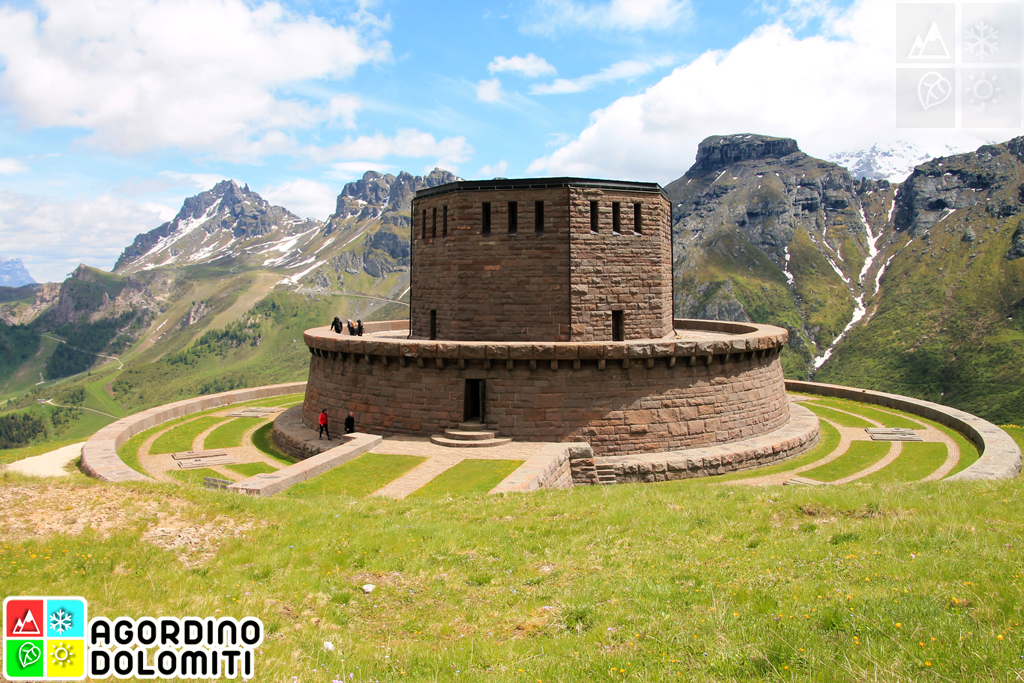 Vai a: Le Dolomiti in Agordino