A Dolomitic jewel in Val Biois

An Agordino peaks among the most famous and spectacular (together with Agner, Marmolada and Civetta), Mount Focobon dominates with its unmistakable shape, characterized by its jagged towers, the landscape of the beautiful Alpine village of Falcade in Val Biois, of which it is one of the most powerful and beloved symbols. From Falcade this mountain range presents itself in all the majestic aspect of its three peaks, and because of this Focobon is also named “the Focobon Trinity“.

The highest peak of this mountain range is Cima del Focobon and it reaches the remarkable altitude of 3054 meters. The Focobon Group is composed of the following peaks: Campanile del Focobon (2969 m.), Cime del Focobon (3054 m.), Cima di Campido (3001 m.), Campanili dei Lastei di Focobon. As for rock climbing, the mountaineering offer of the Focobon Group is addressed mainly to experienced and well-trained climbers; on the other hand, hikers find at the foot of the mountain range a dense net of wonderful excursions of different length and difficulty. 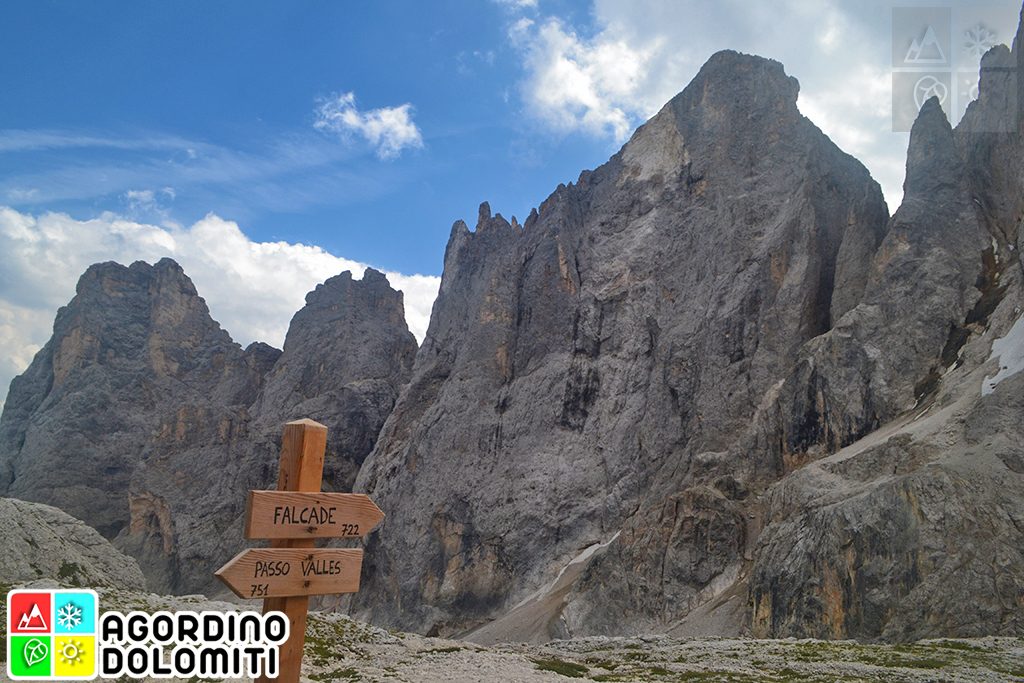 Spactacular as only the Dolomites can be, the Focobon Group is pretty similar to the famous Tre Cime di Lavaredo and as majestic and imposing as them. Mount Focobon lies close to Mount Mulaz (2906 meters of altitude), this second mount is also inside the area of the Province of Belluno, that is, differently from the Focobon, very smooth and roundish, accentuating the contrast with the sharp towers of the Focobon Group.

The only Rifugio of this mountain range, located nearby the trails that leads to the summit of the Mulaz, is the Rifugio G. Volpi di Misurata al Mulaz. The Rifugio can be reached both from Falcade in Val Biois, from Passo Valles between the Agordino area and the Primiero area in Trentino and from the Val Venegia in Trentino. Rifugio Mulaz is a very popular hiking destination, both in Summer and in Winter.

Mount Focobon is surrounded by many marvellous hiking trails, among which there’s the Alta Via delle Dolomiti 2. The beautiful landscapes of the Pale di San Martino make the surroundings an attractive destination for enthusiasts of mountain sports and nature, photographers, families, mountain bikers. Rifugio Mulaz is reachable from Falcade with an excursion of almost 4 hours, suitable for well-trained hikers. 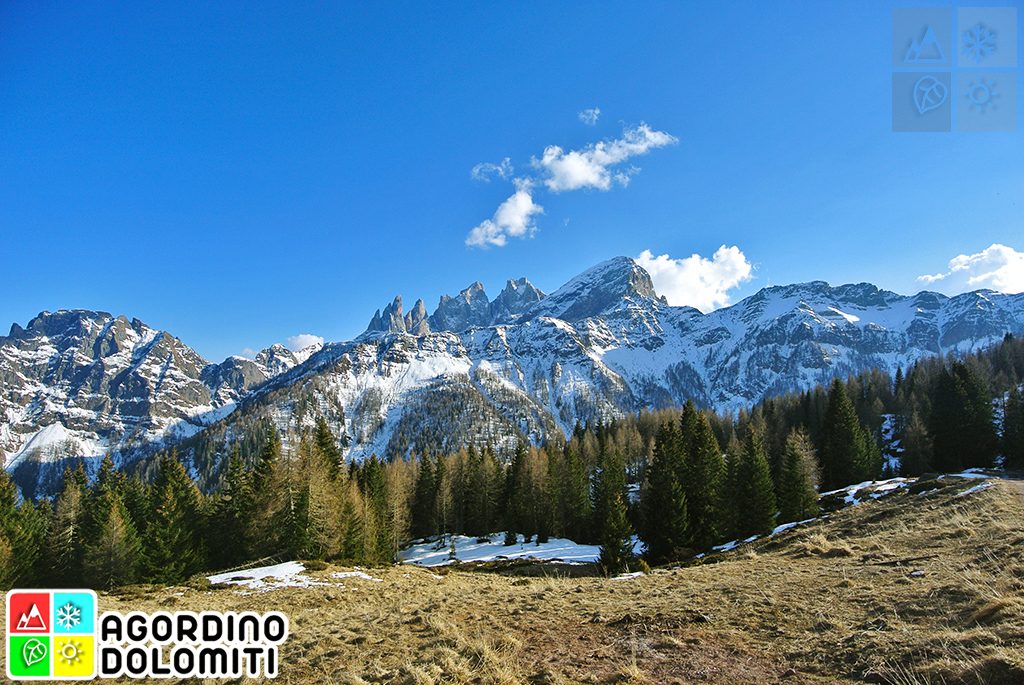 Since Falcade is part of the Alpe Lusia San Pellegrino ski area, located between the Province of Belluno and the Trentino area, dominated by the peaks of the Focobon Group, the ski area has been recently advertised as Trentino. This has generated some discontent among the Belluno people, accentuating a dispute that goes on for a long time; Trentino and Südtirol are strong brands that are often associated to the Dolomites before Belluno, even if this latter is the Province that has the most part of the UNESCO areas on its territory. The stronger tourism power of Trentino and Südtirol derives, as it is known, from the fact that these two Provinces are autonome, whereas Belluno is to all the extents a normal Italian Province, with a limited budget to be put in tourism promotion. Luckily, the Belluno people have begun to raise their voice recently against the unequal treatment, with the aim of obtaining the same conditions for all the Provinces of the Dolomites.

Vai a: Le Dolomiti in Agordino