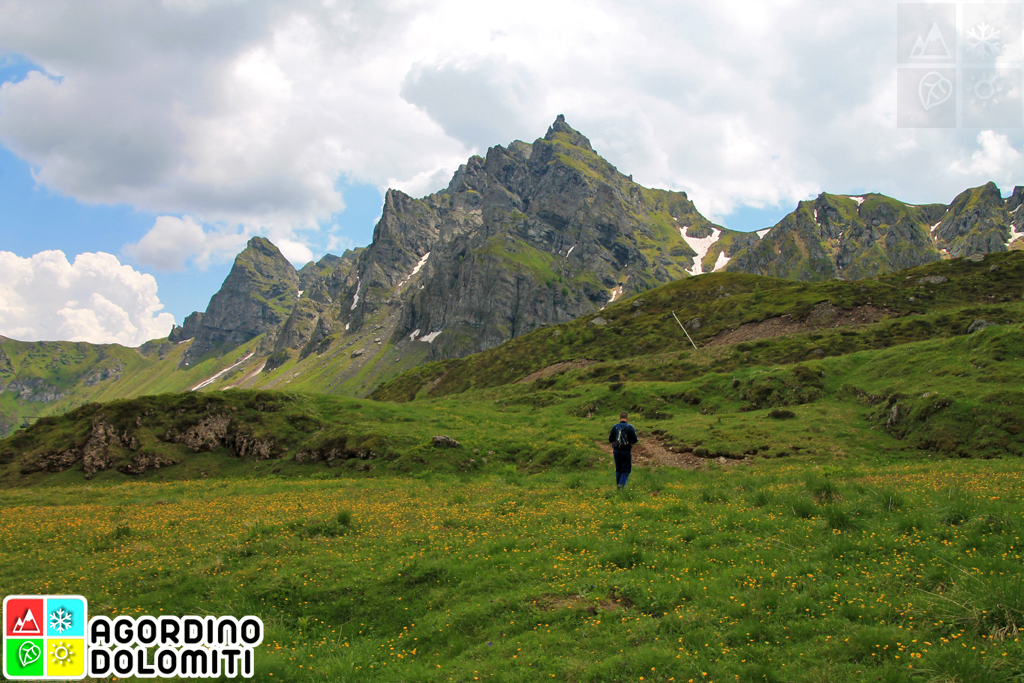 Located mostly in the Agordino area (within the Municipal areas of Rocca Pietore and Livinallongo del Col di Lana) in the Province of Belluno (Veneto Region) on the boundary with the Val di Fassa in Südtirol (Trentino – Alto Adige Region), the Padon Mountain Range is a renowned and charming mountain group which is very popular among the enthusiasts of Alpine skiing, for the presence of the lifts of the Dolomiti Superski, and among hikers, for the beauty of the natural landscape.

The Padon Subgroup lies to the North of the Marmolada, on the opposite site of the Lago di Fedaia (Fedaia Lake), roughly from the hamlet of Davedino (Livinallongo del Col di Lana) to the Passo Pordoi. The highest peak of the chain is the Mesolina with its 2642 meters of altitude, but the Padon range is made of several peaks with a remarkable altitude: Mount Padon (2512 meters), Sass Ciapel (2557 meters), the Forfesc (2585 meters), the Pizongol de Ornela (2406 meters), Bech da Mesdì  and others.

The Padon Group is renowned in the skiing world for the presence of the Passo Padon skiing connection that connects the slopes of the Marmolada (in the Municipality of Rocca Pietore) to the ones of Arabba (in the Municipality of Livinallongo del Col di Lana), in the context of the Dolomiti Superski area known as Arabba – Marmolada. Through the Passo Padon, skiers reach easily the longest ski slope of the Dolomites on Mount Marmolada (“La Bellunese” with its 12 km length) and the Sellaronda Ski Tour in Arabba on the other side of the montain pass.

Beautiful and wild (besides the presence of the ski lift), the peaks of the Padon group offer some tourist highlights which are very popular and beloved: the Ferrata delle Trincee, the Arabba Geological Path, military posts and galleries of the Great War in the Dolomites, wonderful meadows and enchanting mountain landscapes.

The Padon Range is, thank to the ski lifts and the proximity to the Marmolada area, also a popular summer destination (let’s think about, for instance, the renowned Viel dal Pan hiking trail). This has allowed the area to develop a lively economy made of charming mountain rifugios, both on the ski slopes as well as on the main hiking trails of the place. Among the most important rifugios of the area we cite here Rifugio Padon (Rocca Pietore), Rifugio Luigi Gorza a Portavescovo (Livinallongo del Col di Lana), Rifugio Viel dal Pan (Canazei), Rifugio Baita Fedarola (Canazei), Rifugio Belvedere (Canazei), Rifugio Sass Beccei (Canazei). At the foot of Mount Mesolina, the highest peak of the group, lies the Contadini Bivouac. 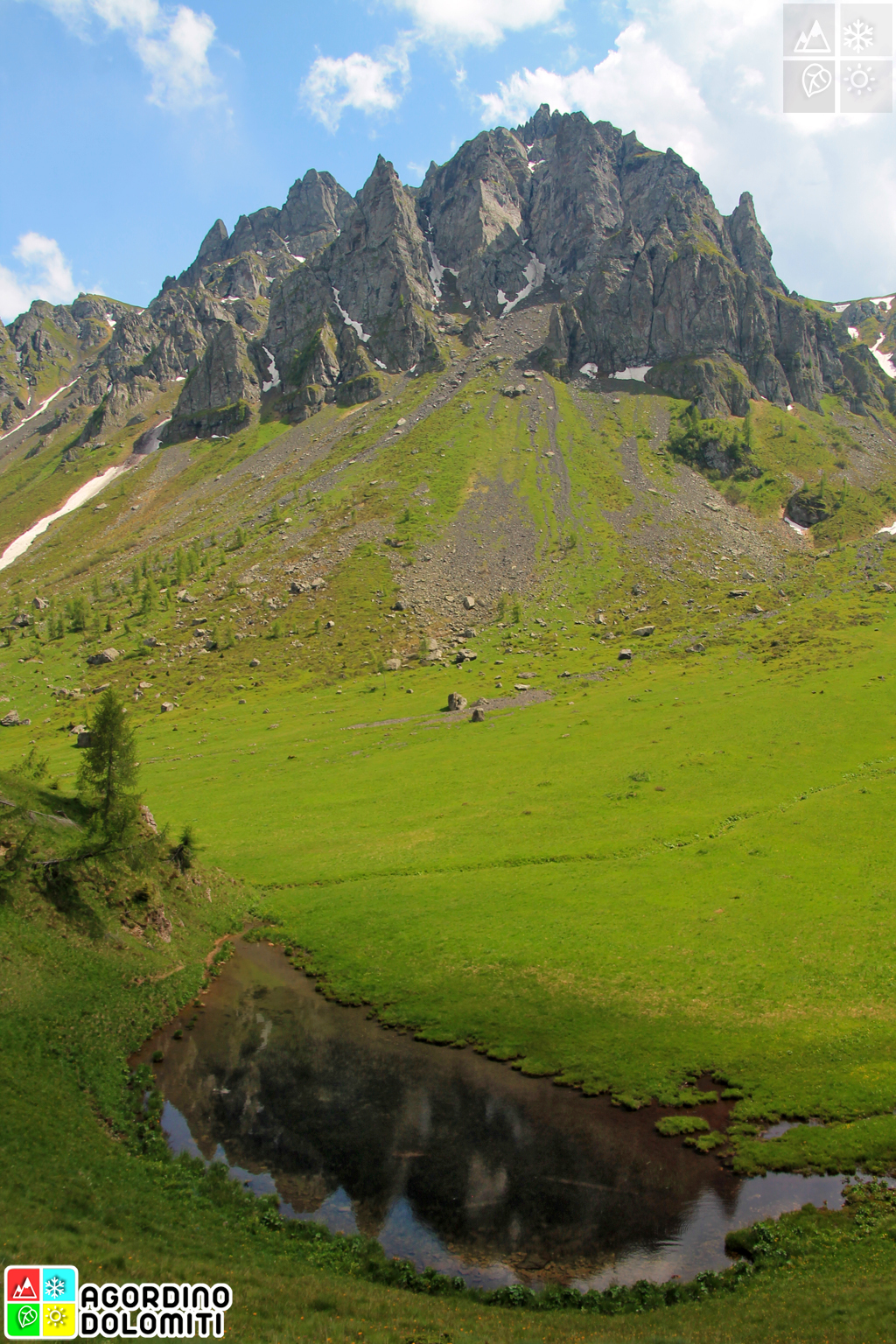 Go to: The Dolomites in the Agordino Area