Mount Agner [Agnèr in the local Agordino dialect] is one of the most amazing and impressive peaks of the Dolomites UNESCO World Natural Heritage Site in the Italian Alps. It lies in the south-western part of the Conca Agordina in the Province of Belluno (Veneto Region). The Agner, also known as “The Giant of the Dolomites” or “Mount of the Agordino People“, has a height of 2872 m (almost 9422 ft). According to the SOIUSA International classification of the Alps, the Agner is the main mount of the Agner Subgroup (part of the wider system of the Pale di San Martino); according to the UNESCO Dolomites Foundation, Mount Agner is part of the Pale di San Martino, San Lucano, Vette Feltrine e Dolomiti Bellunesi UNESCO area, one of the 9 official Dolomites systems recognized and protected by the Foundation. 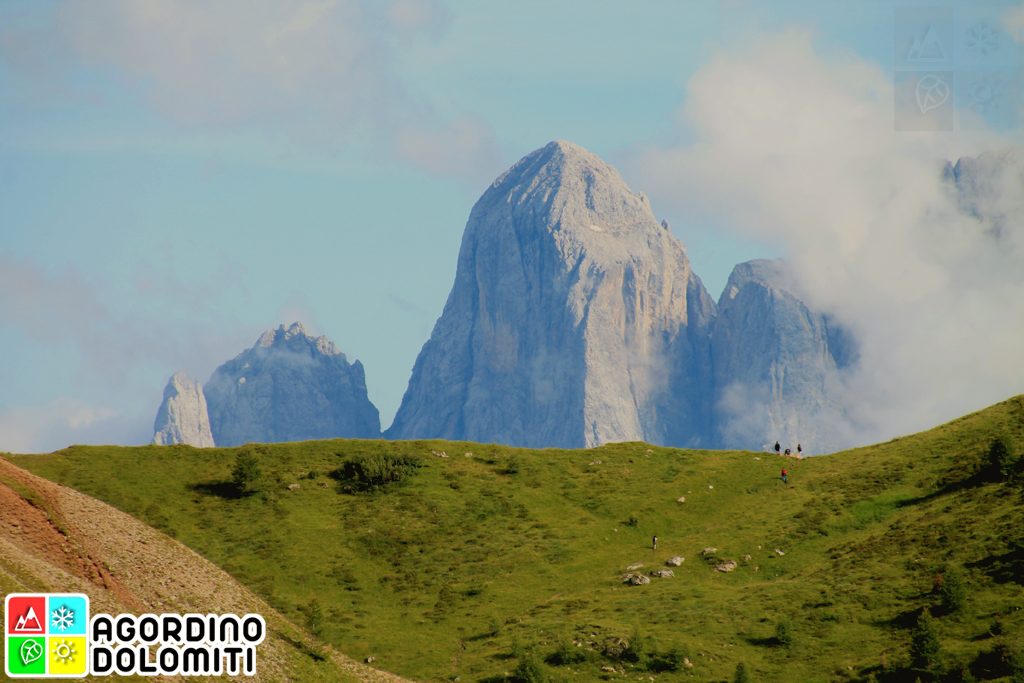 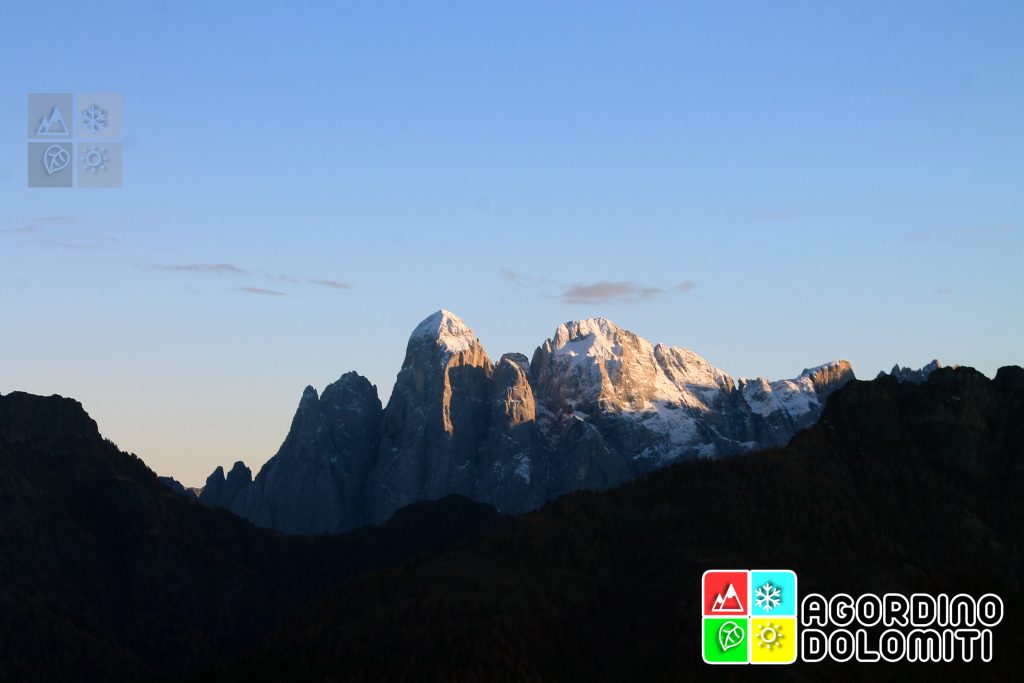 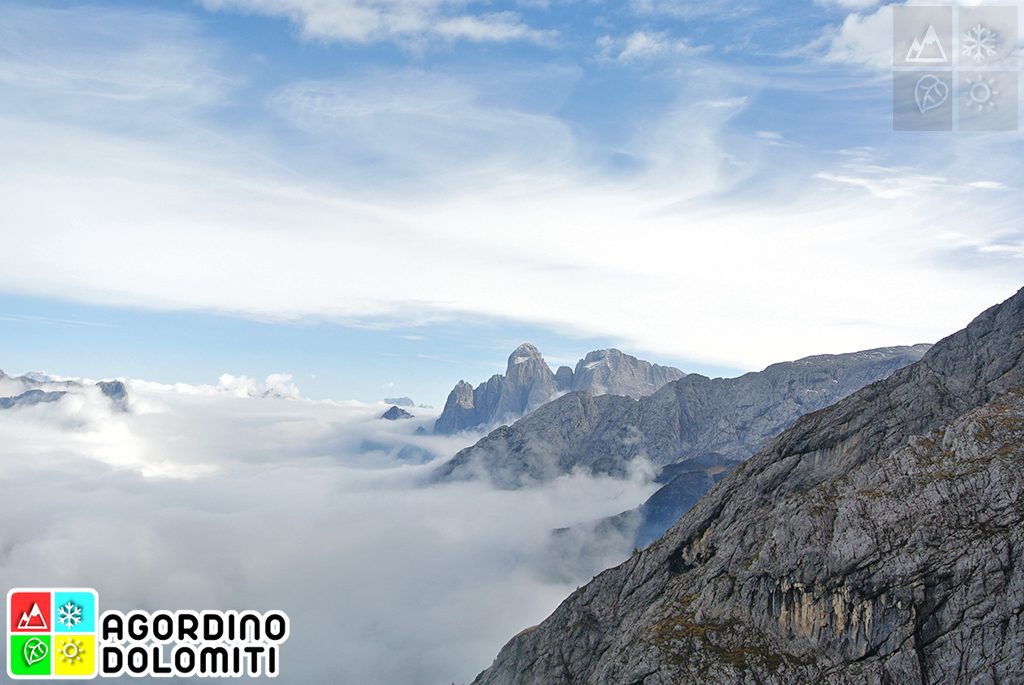 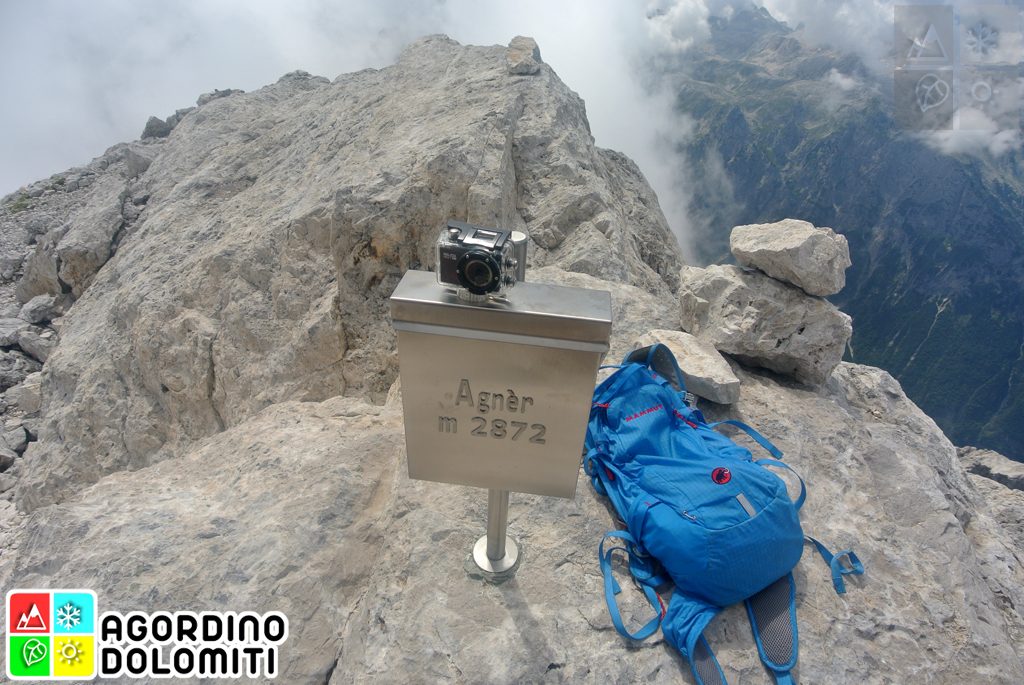 The Agner and the peaks of its group show off their imposing size dominating the Conca Agordina, the southern part of the course of the Cordevole River in Agordino. From the basin, the Agner can be observed in a privileged position (excellent views of the Agner can be enjoyed from Taibon Agordino, Agordo, Voltago Agordino, Rivamonte Agordino, Gosaldo, the Municipalities located at the foot of the mount, as well as from La Valle Agordina on the opposite site of the basin). Furthermore, the Agner is also clearly visible from many nearby mountains and Alpine passes, both in the territory of the Province of Belluno and in the nearby Trentino-Alto Adige (Südtirol). An exceptional observation point which is easily accessible to all guests of the Heart of the Dolomites is the hamlet of Col di Pra in Valle di San Lucano in the Municipality of Taibon Agordino, where visitors can admire all the dolomite towers of this giant of the Dolomites: Agner, Torre Armena, Spiz d’Agner North and South, Spiz Piciol, the Torre Berto, the Torre dei Lastèi and Lastèi d’Agner, the Spiz de la Lastìa, el Pòles and others.

The Rifugio Scarpa – Gurekian, originally the personal atelier of the Venetian nobleman Enrico Scarpa and designed and built by the well-know architect Ohannés Gurekian in 1912, is nowaday an efficient and welcoming mountain hut with restaurant and rooms, an excellent support point for both mountaineers and hikers who visit the base of this impressive mountain of the Dolomites (a very popular hike in this area is the Col di Luna ring path).

On the Agner Group there are also two bivouacs, the Bivacco Biasin on the eastern side and the Bivacco Cozzolino on the northern side of the mountain. The very limited number of refuges and bivouacs, often interpreted as am obstacle for the tourist development of Agordino, has started recently to be considered a strength, as it allows to convey to the visitors an original and untouched image of this beautiful mountain, a feature now rare in the UNESCO Dolomites overcrowded by tourists.

Apart from the Aurine Ski area in Forcella Aurine (between Voltago Agordino and Gosaldo) on Monte Gardellon and the Frassenè chairlift (no longer in use), the Agner has no ski lifts and is therefore an ideal destination for those tourists who are looking for the Dolomites in their purest and most uncontaminated form.

The Agner and its peaks have been from the beginning of the 20th Century the protagonist of many thrilling  mountaineering ventures in the Dolomites; many daring mountaineers (among which Cesare Tomè, Attilio Tissi, Giovanni Andrich, the Messner brothers, just to name a few) have put themselves to the test by opening new, challenging climbing routes on the Agner. Still today, Mount Agner is a well-known name among climbing enthusiasts, which come from all over the world to challenge the Giant of the Dolomites.

Of course, Mount Agner is not an exclusive attraction for the most trained mountaineers; a dense net of hiking trails crosses the foot of the mountain group, offering a wide variety of trekking experiences also to average excursionists. The easiest hiking access to the Agner from the Conca Agordina is the hamlet of Domadore in Frassenè (Municipality of Voltago Agordino, almost 90 minutes), but many trails and mule tracks leads from the bottom of the basin to the foot of the mountain. 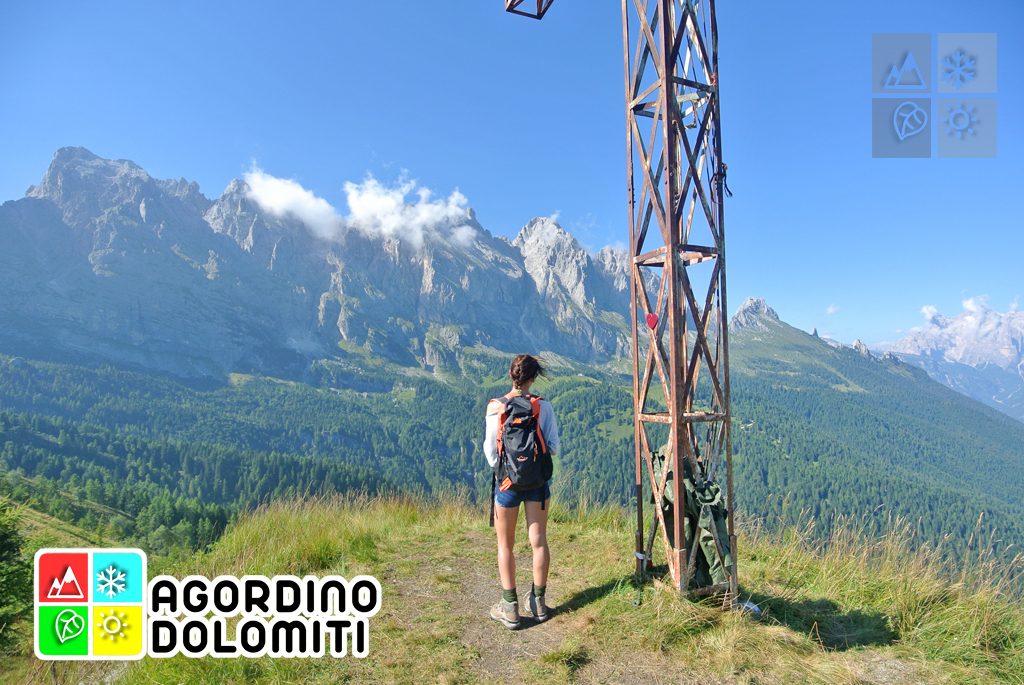 In addition to the above mentioned climbing routes, not properly within everyone’s means, there are two alternatives to reach the top of Mount Agner: the Via Ferrata Stella Alpina (the most challenging option) and the so-called Canalone. Immediately after the Bivacco Biasin, the route goes on with the Via Ferrata Normale. Reaching the top of the Agner is always difficult and requires an excellent physical condition, organizing abilities (above all in the managing of water, since there’s no water source on the mountain), excellent knowledge of the Alpine environment. At the moment the Rifugio Scarpa-Gurekian is managed by a qualified Mountain Guide, Marco Bergamo, that can give visitors and mountaineers useful suggestions for the ascent to the mountain. This said, being at least once in life on the top of the Agner is something that worth it!

Agner is very popular also for wingsuiting: the northern face of the mountain offers the highest vertical wall of the Dolomites (almost 1000 m) and the second highest in the whole Alps. More and more daring wingsuit flyers fly above the San Lucano Valley each summer, giving a great show to the guests of the valley.