The Val Biois [Biois Valley, often also Valle del Biois] is a valley of the Dolomites UNESCO World Natural Heritage Site located in the High Agordino (Alto Agordino) in the Province of Belluno, Veneto Region, Italy. The Val Biois borders with the Province of Trento (Trentino) through the San Pellegrino and Valles passes. The name derives from the main river of the valley, the Biois, tributary of the Cordevole. We can thus define Biois Valley that portion of Dolomites between the Passo San Pellegrino (from where the stream flows out) and Cencenighe Agordino (where the stream flows into the Cordevole). 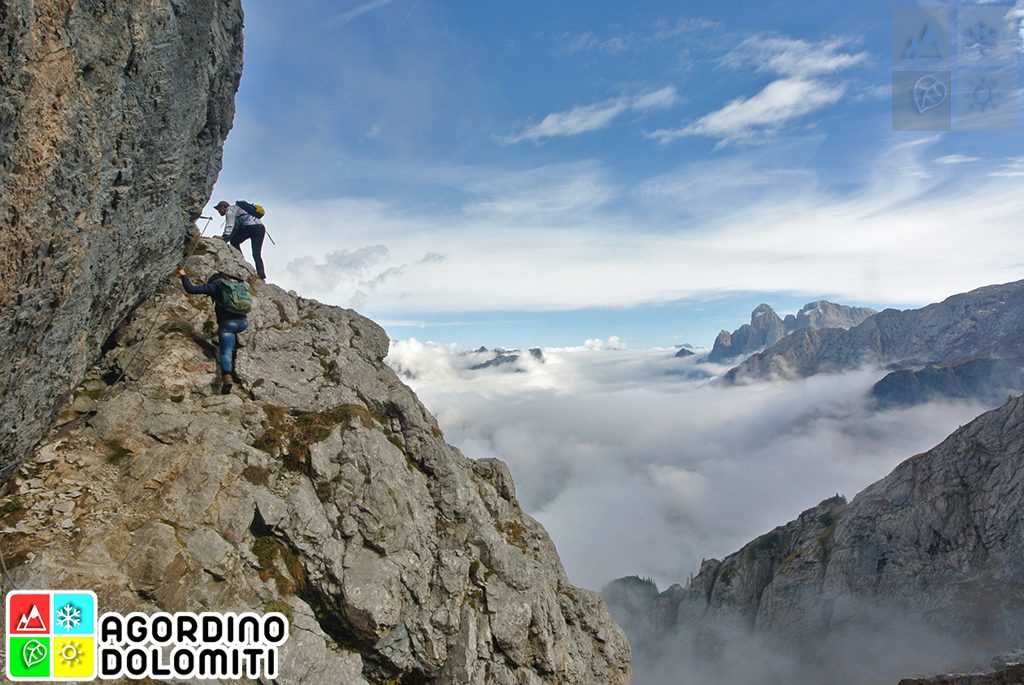 With reference to the UNESCO Natural Heritage, the Val Biois is located in the amazing context of the Pale di San Martino (Pale di San Martino, San Lucano, Vette Feltrine and Dolomiti Bellunesi, the third of the nine official Dolomites Systems according to the UNESCO Dolomites Foundation) and of the peaks of the south-western part of the Marmolada Grop (2nd of the 9 Dolomites Systems); furthermore, may other fascinating peaks can be admired from different places of the Valley, like the Civetta, Pelmo, Antelao and many others. 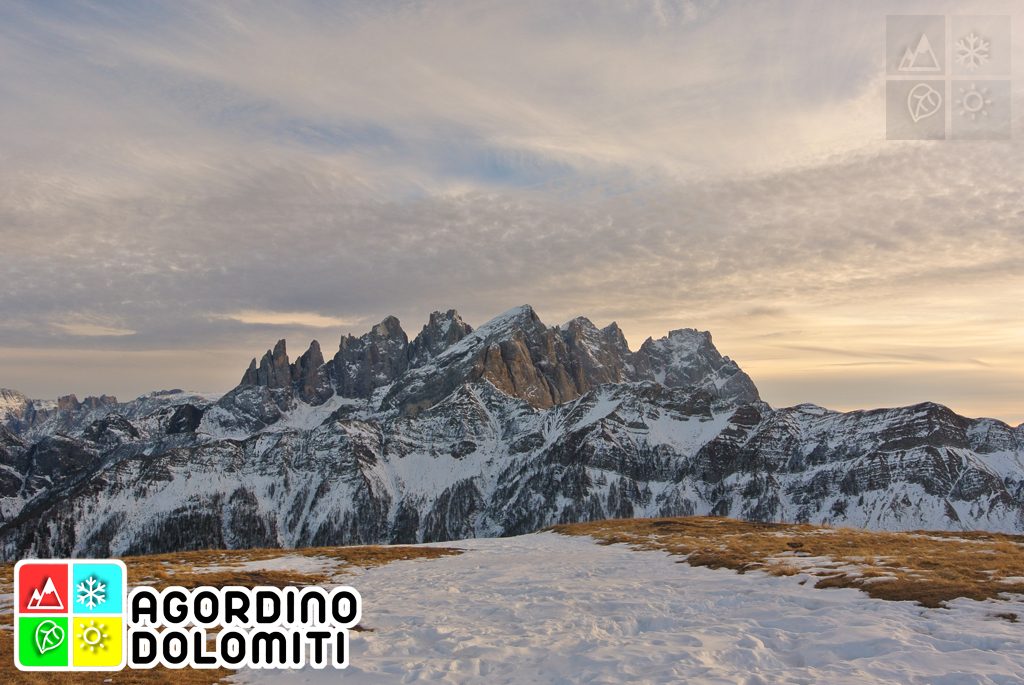 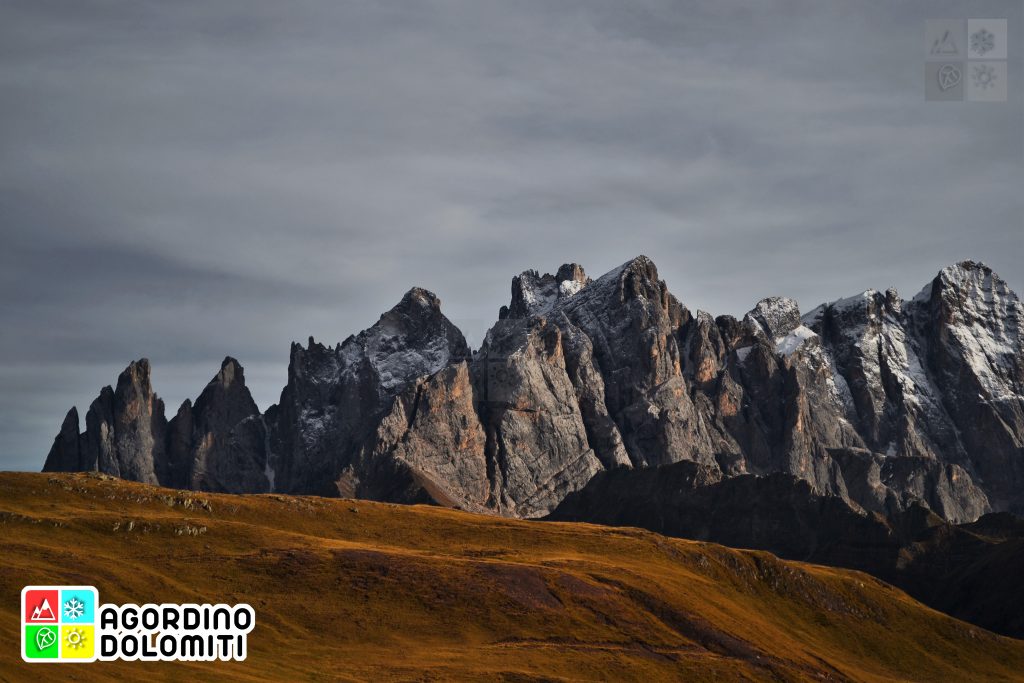 The Val Biois is formed institutionally by three Municipalities belonging to the Province of Belluno: Falcade, Canale d’Agordo and Vallada Agordina; by convention, the Municipality of Cencenighe Agordino is also included in the Val Biois, even if the village is located at the confluence of the Val Biois and the Val Cordevole. Falcade is the most populated village of the valley and the most popular tourist resort, whereas Vallada Agordina is the smallest Municipality of the whole Agordino area as for the number of inhabitants. 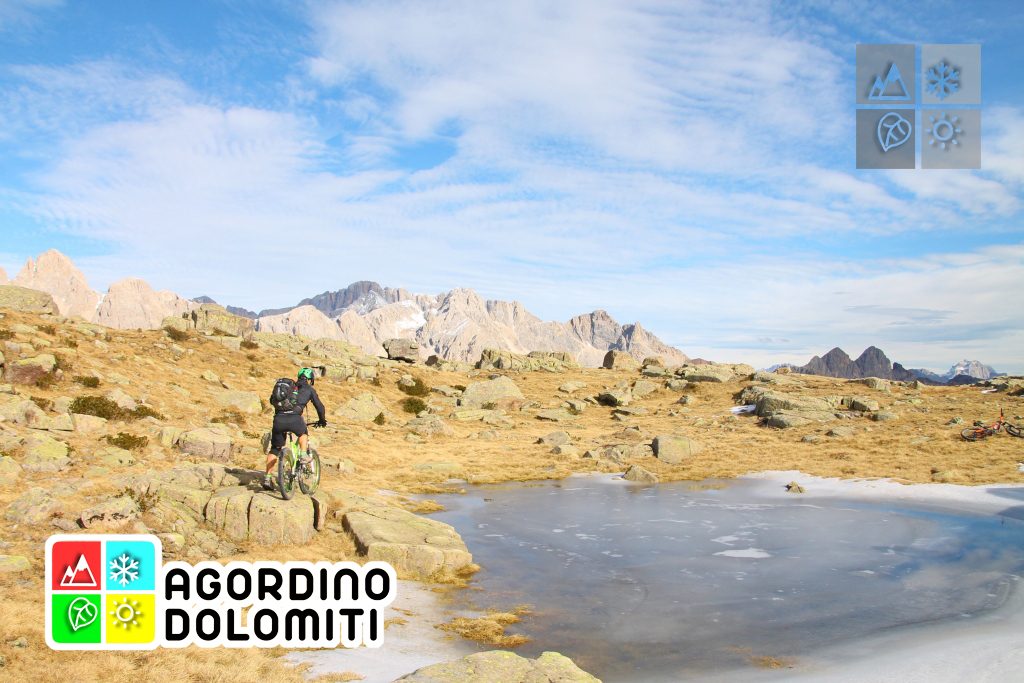 As southern access to the Alpe Lusia – San Pellegrino ski area (Dolomiti Superski), the Val Biois is quite a renowned ski resort of the Dolomites; from the hamlet of Molino in Falcade, guests can enter the ski area through the brand new Molino-Le Buse cable car and enjoy almost 100 kilometers of perfectly groomed ski slopes. In summer, Falcade and the Val Biois are popular tourist destinations thanks to marvelous landscapes and a wide variety of hiking, climbing and mountain biking trails. Canale d’Agordo, located just a kilometer far from Falcade, is also a popular resort thanks to the marvelous Val di Gares, one of the most untouched and fascinating corners of the Dolomites UNESCO World Natural Heritage Site. Canale d’Agordo is furthermore a worldwide known religious pilgrimage destination since it is the birthplace of Pope John Paul I, born Albino Luciani.

All three Municipalities of the Val Biois have common features: first of all, the huge amount of Tabià (the traditional wood barns of the Dolomites); more than 300 original barns (more of which are Centuries old) can be admired throughout the valley, with a number which has no equal in the whole Dolomites area. Val Biois is also known as the “Valley with the Saints at the Windows“, since an unparalleled number of religious frescos are visible on the ancient houses and barns of the place. To this attraction, a cultural path has been dedicated by the Veneto Region. 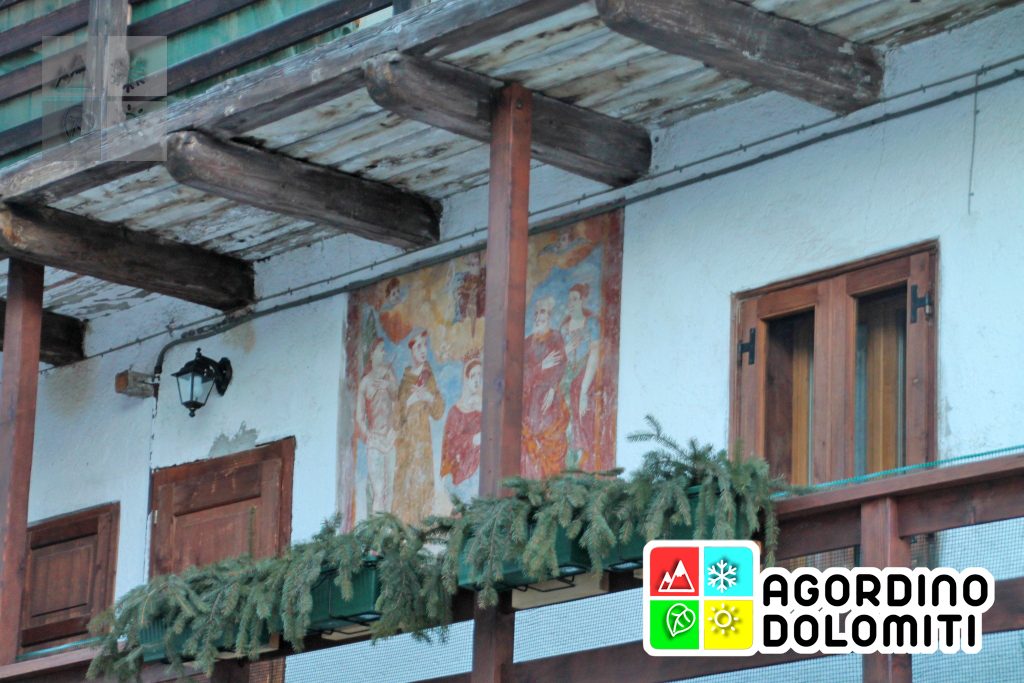 – The House of Rules (Casa delle Regole), the ancient administrative center of Canale d’Agordo, built in 1640

– Church of the Saints Fabiano and Sebastiano in Falcade Alto, a fascinating example of Alpine Gothic style

– the Church of the Madonna della Salute in Caviola (Falcade) 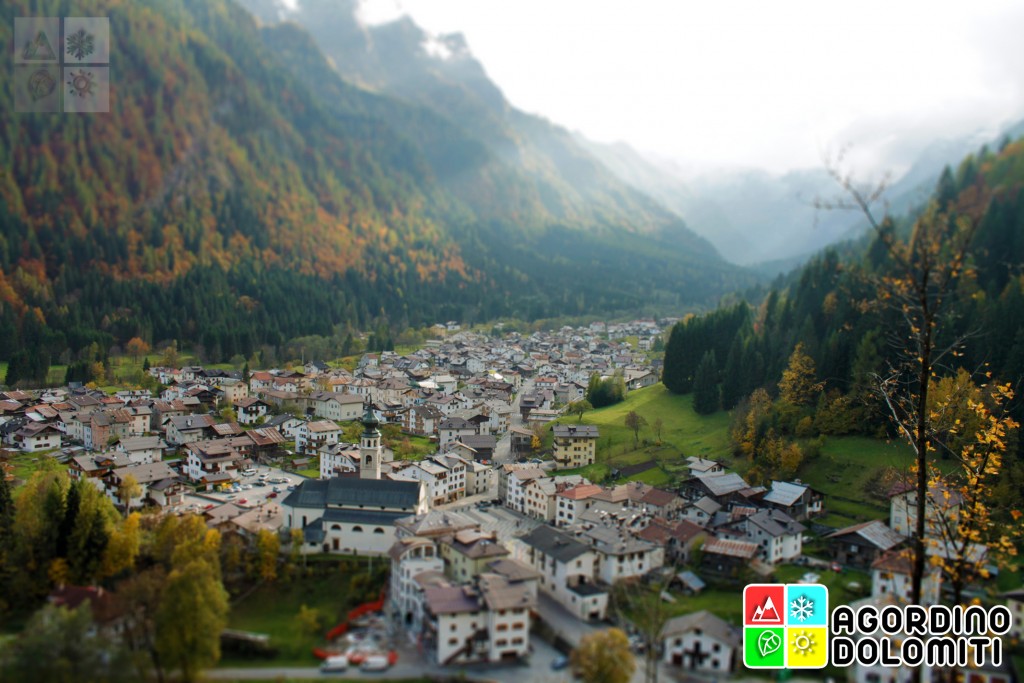 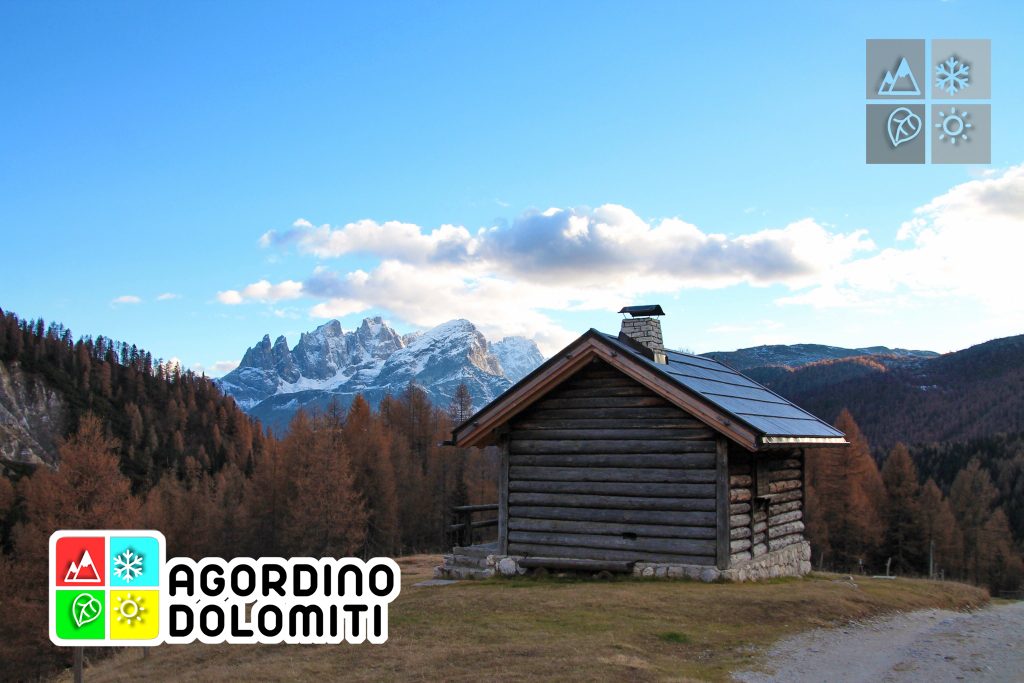 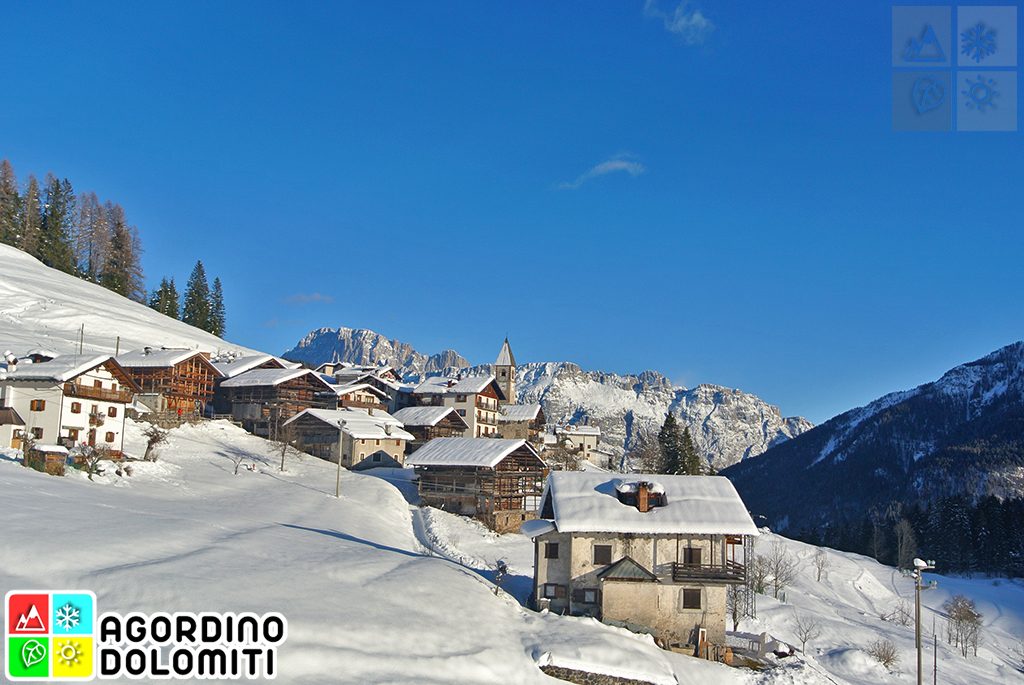