The untouched charm of the Dolomites

Vallada Agordina is a fascinating mountain village of the Dolomites UNESCO World Natural Heritage Site located in the verdant Val Biois in the Province of Belluno, Veneto Region in Italy. 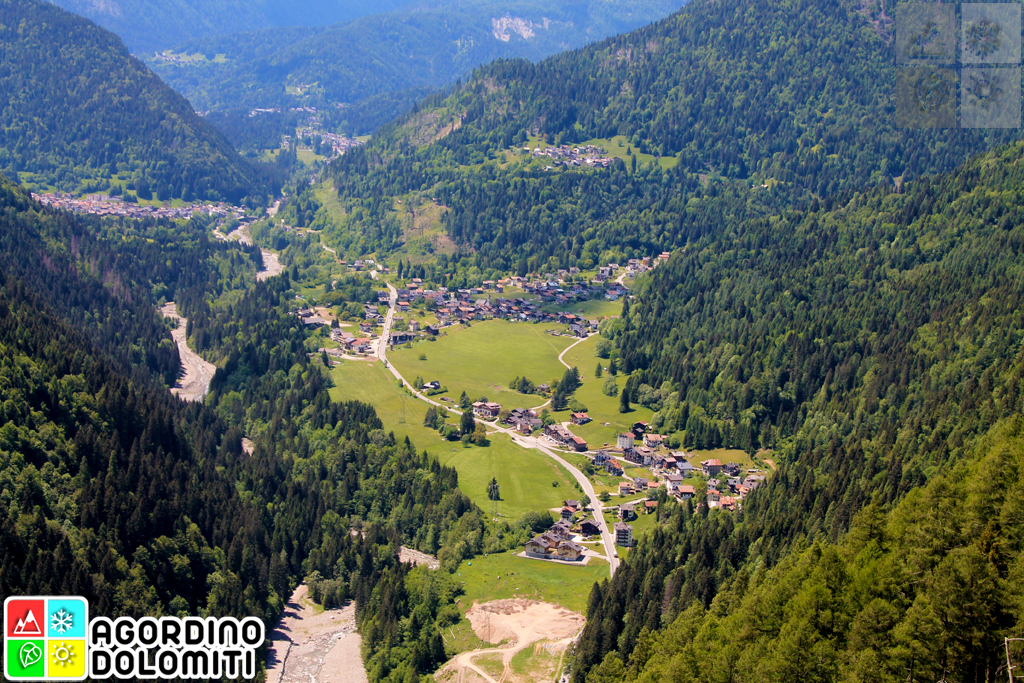 The Municipality of Vallada Agordina is formed by the hamlets of Celat, Mas, Sachet, Andrich, Toffol, Piaz and Cogul, beautifully scattered on a nice and sunny slope on the southern access to the Val Biois, at the foot of the peaks of the Marmolada Group (Piz Zorlet and Cime di Pezza above all). On the opposite side of the Biois River, the Pala Group dominates the landscape, with Mount Pape, the Rosetta Plateau, the Focobon Group and Mount Mulaz.

Vallada Agordina is located one km far from Canale d’Agordo and 3 km far from Falcade along the Biois River. The fastest communication way with the other Municipalities of the Val Biois is the 346 Provincial Road that winds along the Biois River. The San Pellegrino and Valles mountain passes connect the three Municipalities of the Biois Valley to the nearby Val di Fassa and Primiero in Trentino. On the opposite side of the Biois River, Vallada is connected to Falcade and Canale d’Agordo also thanks to a nice cycle path. 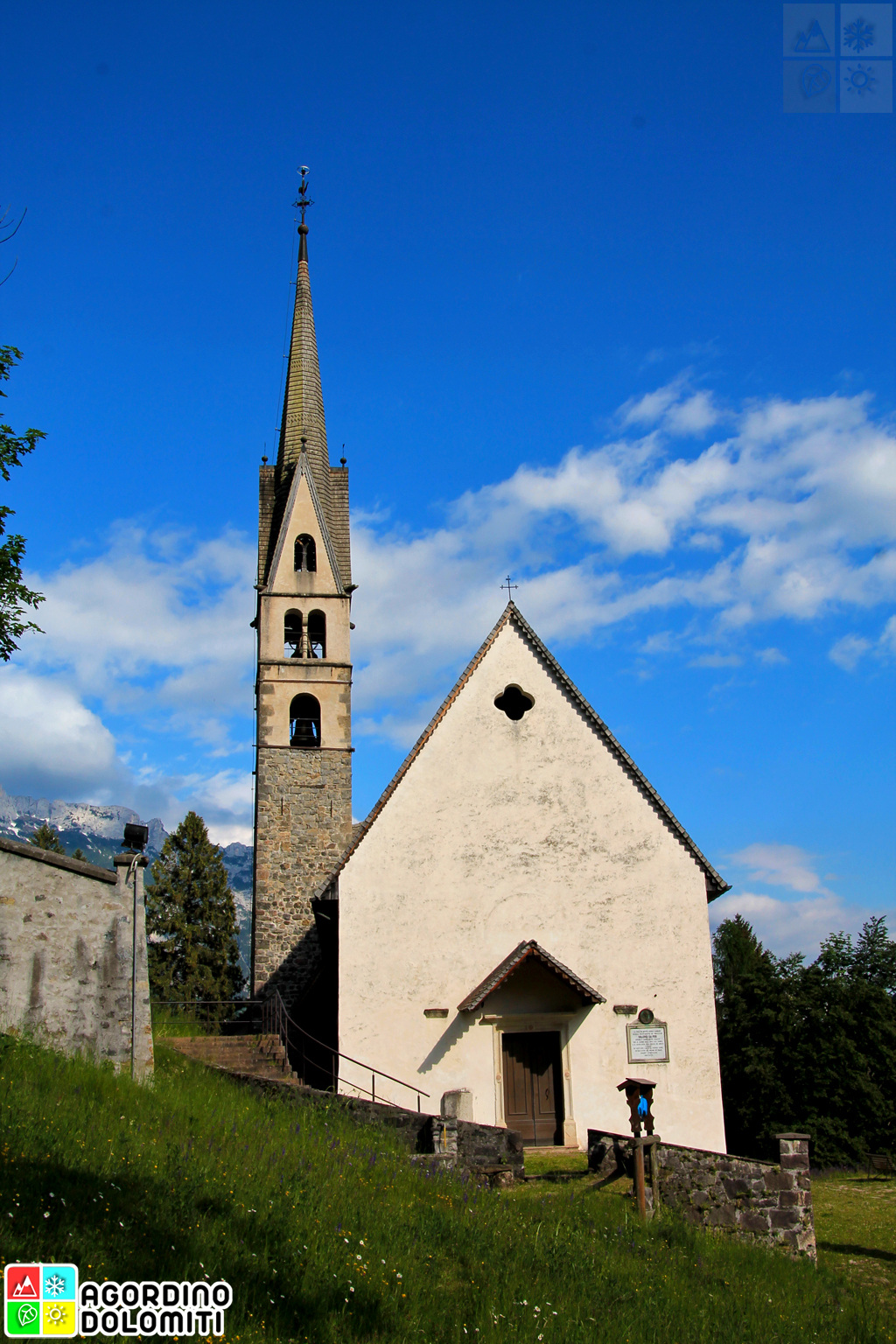 To visit this small but beautiful village of the Dolomites is easy from the nearby tourist resorts of Canale and Falcade, and it is an experience that is absolutely recommended if you’re around the area.

Almost unknown to mass tourism, Vallada Agordina is full of amazing attractions to discover and admire. This charming mountain village is plenty of historical building and barns and offers a wide choice of sporting activities for the most active and curious Dolomites enthusiasts.

Hiking enthusiasts can access to a dense net of wonderful trails on the peaks of the Marmolada Group, whereas tourists interested in history and culture of the Dolomites UNESCO World Natural Heritage Site can find in this place a lot of wonderful gems to be discovered simply walking along the alleys of this place.

Vallada is crossed by a many wonderful hiking trails; ancient mule track connect every hamlet with the other ones, and a wide choice of CAI Paths leads the guests to discover the mountain richness of the village. Vallada Agordina is furthermore one of the stages of the Alta Via dei Pastori, a multi-day trek that encompasses the most representative mountain locations of the Val Biois.

Under the tourism point of view, the strength of Vallada Agordina is indeed the absence of mass tourism; the lack of a developed hotel industry allows the village to offer its most genuine and untouched face to the visitor, this means without all those contrivances and plastic trickeries of the most famous tourist resorts of the Dolomites. And this is a feature that is becoming more and more precious in a world saturated with artificiality that is paying more and more attention to authenticity and uniqueness. 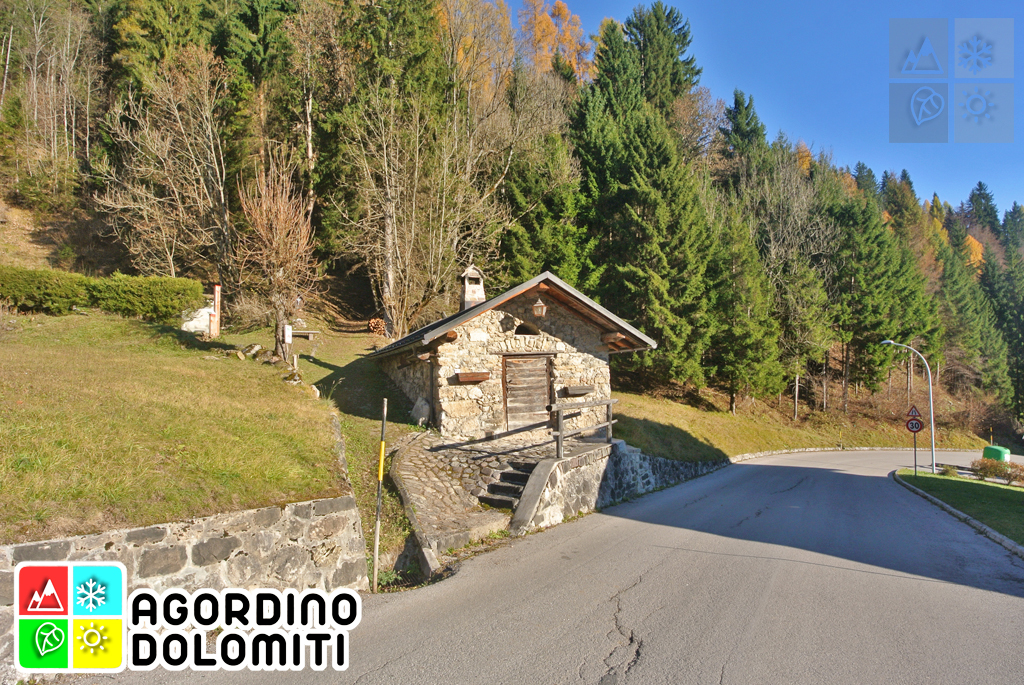 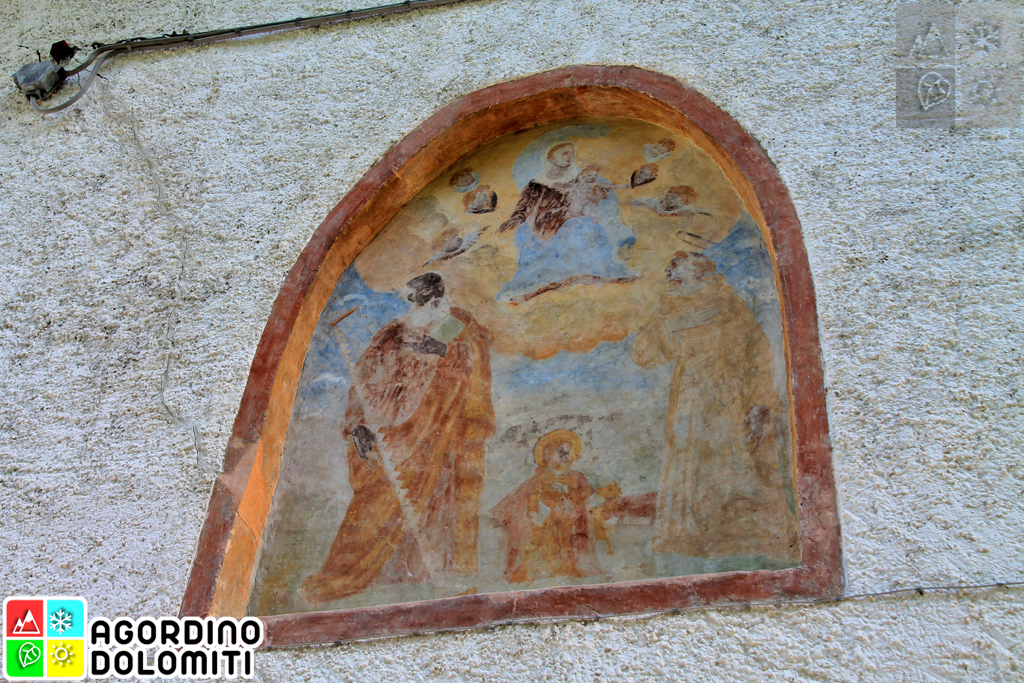 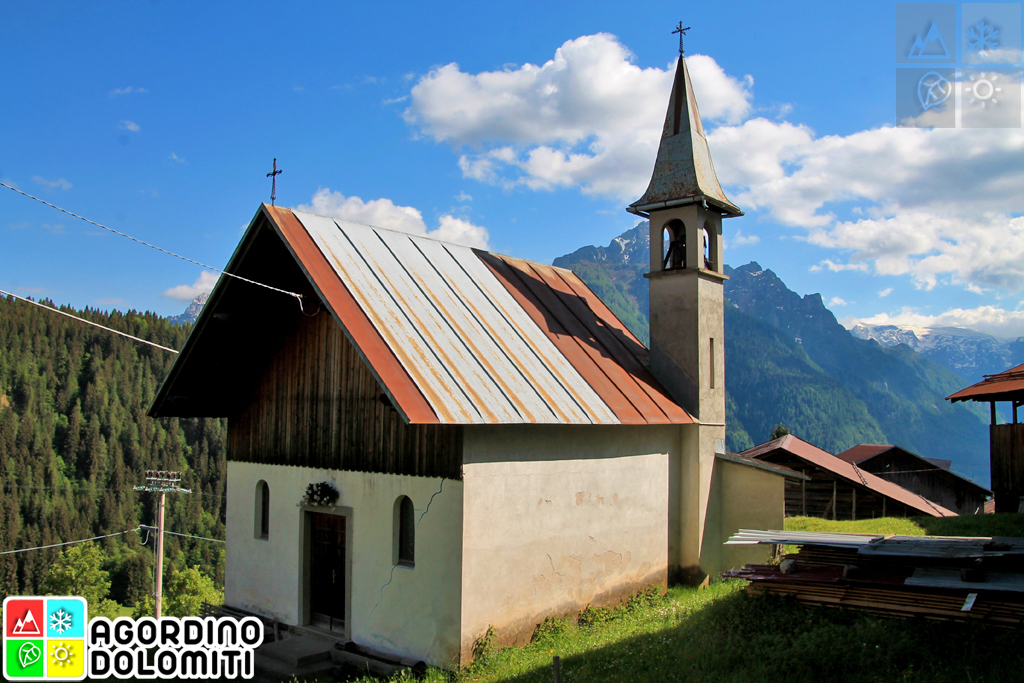 Together with the other two Municipalities of the Val Biois, Vallada Agordina boasts an unparalleled richness in tabià, the historical wooden barns of the Dolomites. This charming buildings are present in all the hamlets of the village and are extremely easy to be admired. No other valley of the Dolomites has kept untouched a so remarkable number of these barns: in the Val Biois, guests can admire more than 300 barns, most of which are century-old.

In addition to the tabià, the Val Biois has another interesting artistic feature: the presence of dozens of centuries-old frescoes depicting sacred scenes on the historical houses of the valley. Some of this frescoes are from the 17th Century, and they are so many that the place is also known in Italian as the “Valley with Saints at the Windows“. The path that leads to discover these artistic masterpieces has been the object of  tourism enhancement through public funds by the Veneto Region, and nowadays guests can find both info panels on site (in Vallada there’s one of them in the hamlet of Andrich) and printed guides that describes features, locations and authors of these frescoes. 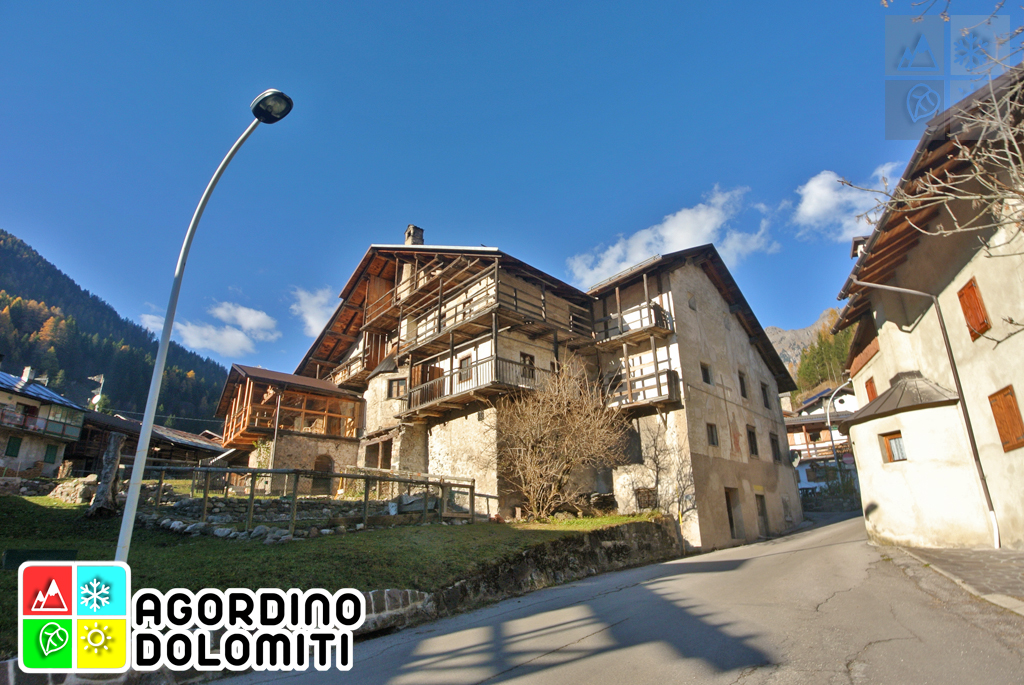 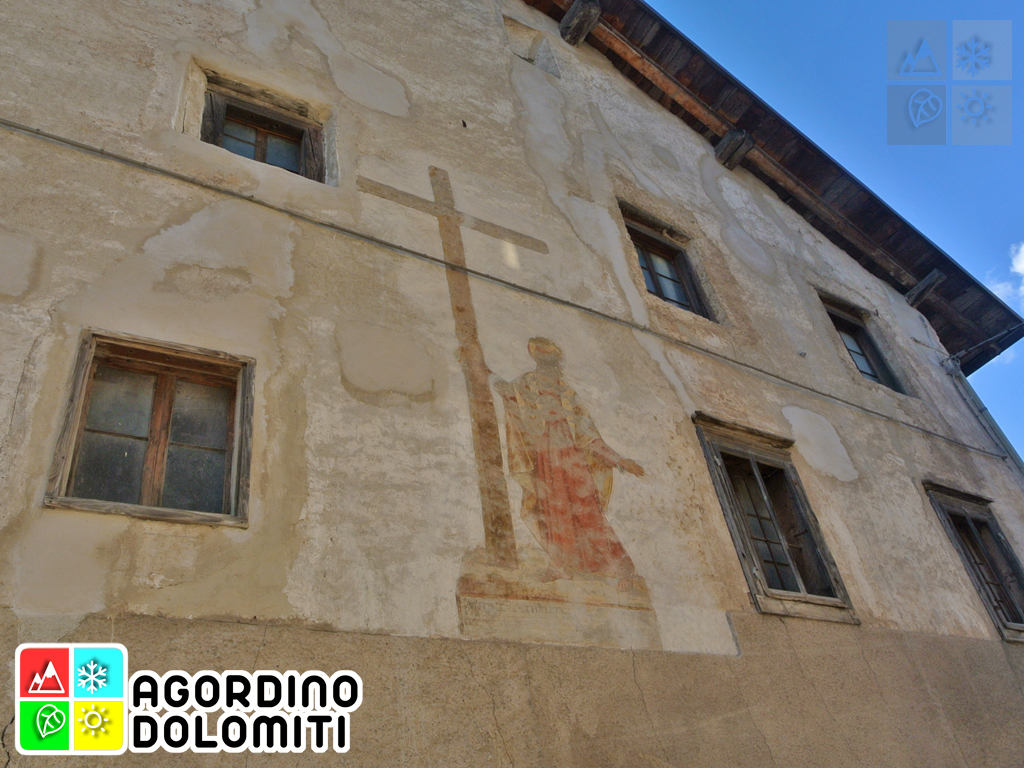 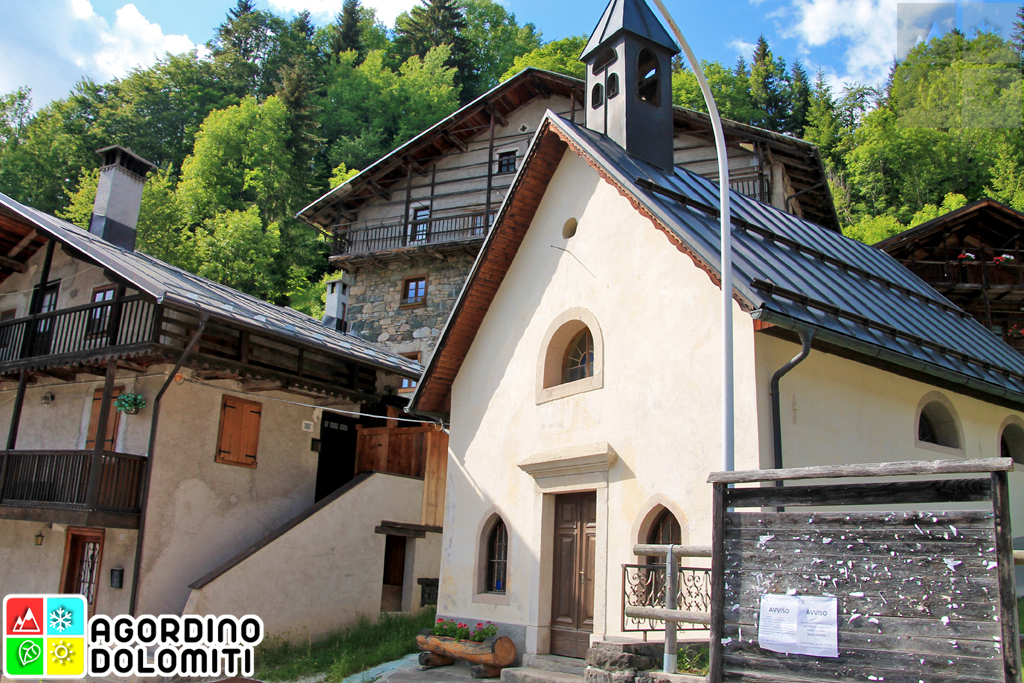 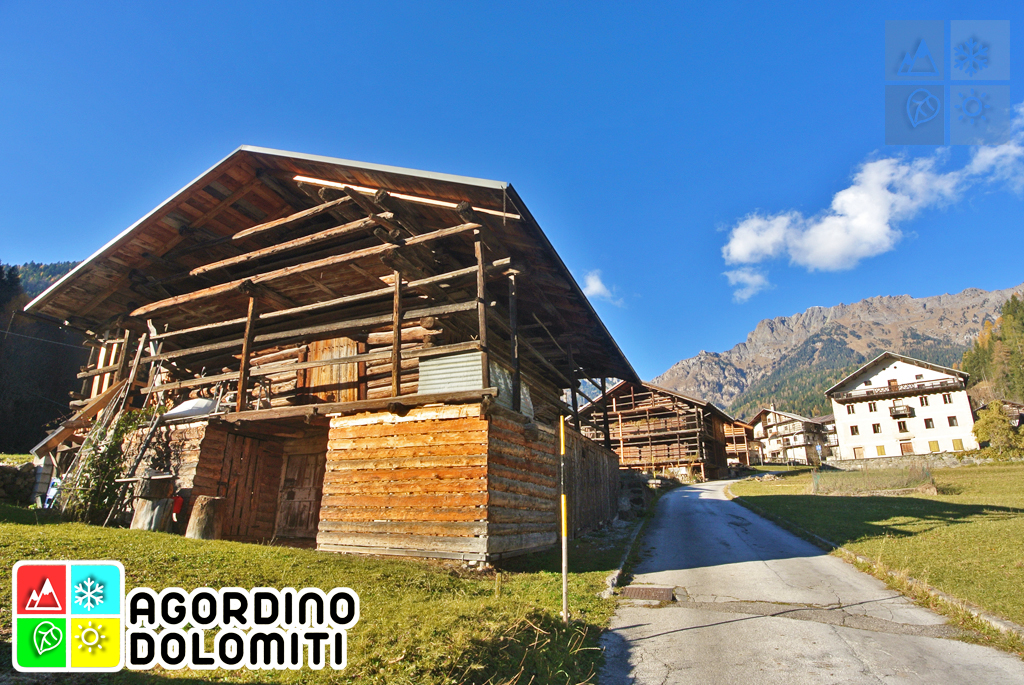 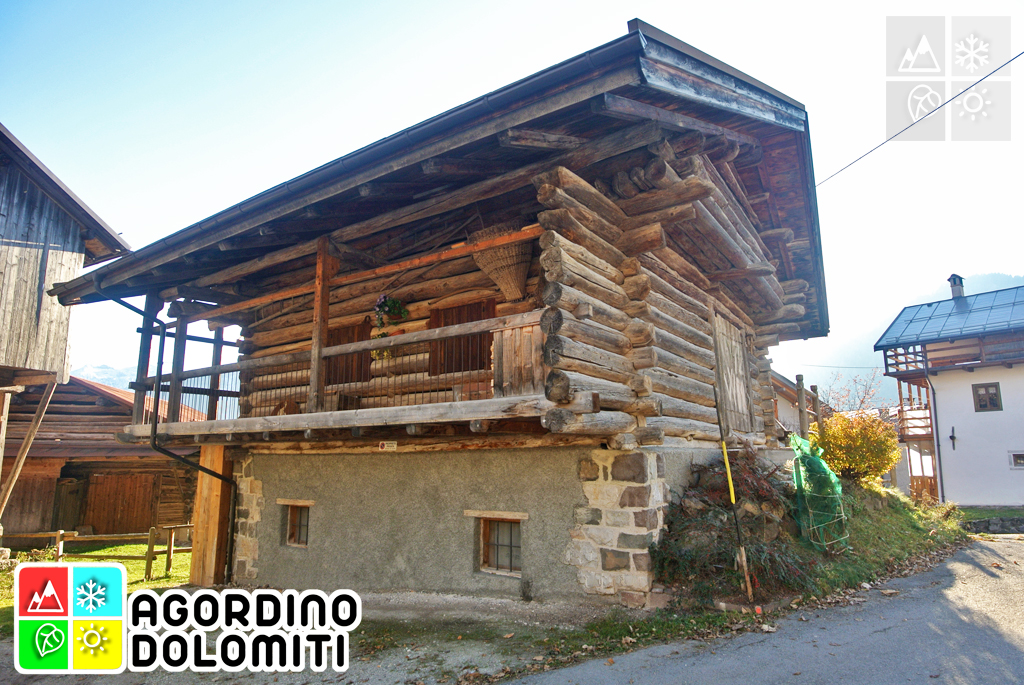 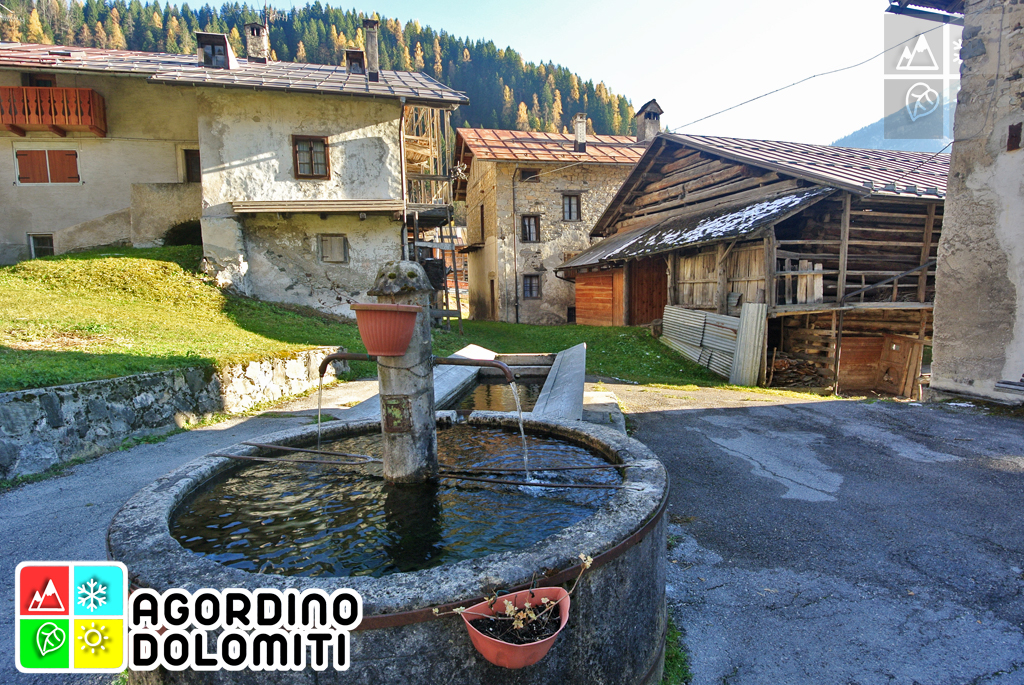 In more recent times, Vallada Agordina has been equipped with another cultural proposal, that is the Orto Dimenticato (literally: the Forgotten Garden). It is a series of info panels that tell the story of all the typical crops (hemp, barley, poppy, potato, wild herbs, etc.) that are nowadays almost forgotten, but that in the past represented one of the most important source of survival for the inhabitants of the Dolomites.

Honorable mention, due to the cultural weight of this attraction, should be made to the Chiesa monumentale di San Simon, a high-profile, centuries-old building of Vallada Agordina. The historical and cultural meaning of this church is so remarkable, that the building has been nominated Italian National Monument since the year 1877.

The San Simon Church is the most ancient church of the Val Biois and one of the oldest of the Dolomites. The building is cited in documents from the 12th Centuries but it is probably older. According to the legend, it was build by the Roman soldier Celentone, that fled in this corner of the Dolomites to escape the Barbarian invasions. Another very suggestive historical building to be seen is the close seat of the Confraternita della Beata Vergine dei Battuti, an ancient monastic charity institute from the 14th Century. You can read further information about these two buildings in our dedicated page by clicking here. 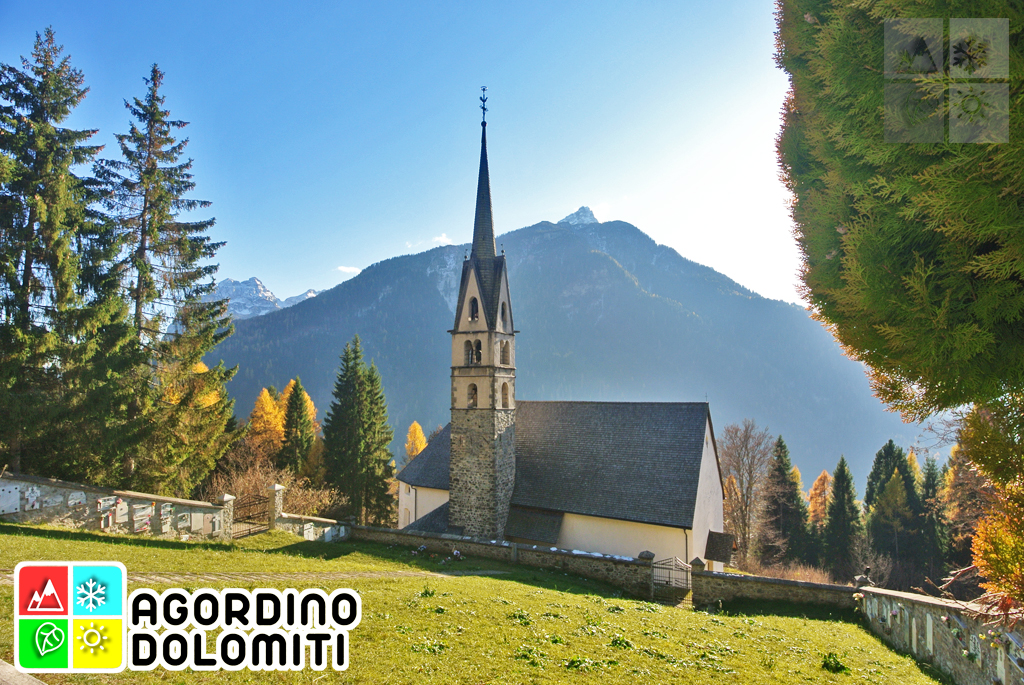 The most frequented tourist event in Vallada Agordina is the annual Sagra di San Simon. This lively Patronal Festival takes place in the last October weekend and it is housed in the huge festival marquee nearby the church of the hamlet of Sacchet. The festival offers three days of live music, traditional dishes and many amusing activities.

Among the traditional dishes of the village there are the tasty Lasagne da Fornel and Paste da pavare, the traditional fōi frìt, the carfogn, the baccalà alla Agordina, many tasty soups and stews and of course many different types of cheese, that guests can taste in the restaurants of the valley.

The traditional agricolture of the village had in the past a favorite plant, that was poppy. Poppy was cultivated for food purposes (of course!), even if since some decades the Italian Government has prevented people to carry out this traditional activity, fearing that cases of opium production may occur. It’s stupid and somehow unrighteous, but this is the law, so poppy seeds for the local sweets are nowadays bought at the supermarkets instead of being grown in gardens. The Orto Dimenticato tells the complete story of the prohibition of this cultivation.

Go to: Resorts in Agordino