Located in the Conca Agordina at the foot of the spectacular peaks of the Dolomites UNESCO World Natural Heritage Site, the Municipality of Taibon Agordino is a jewel in the crown of the Agordino, perhaps not well known as a tourist destination, but absolutely beautiful; the municipal territory is indeed marvellous, and the proximity of the Dolomites to the village (Mount Agner and Mount Pale di San Lucano literally “oppress” the San Lucano Valley with their steep walls) allows Taibon Agordino to compete with the more famous resorts of the Trentino and of the Südtirol.

Among the most interesting monuments and buildings, the Municipality of Taibon Agordino offers the Church of Saints Cornelio and Cipriano and the Peden Fort. The Church of Saints Cornelio and Cipriano, located in the hamlet of San Cipriano, dates back to the 12th Century, which makes it one of the oldest churches in the Conca Agordina; the current form of the building dates back to the 15th Century, when the church was rebuilt and the interior was adorned with a series of frescoes. The church was abandoned in 1943 after the building of the new parish church of Taibon; after this date, the church of San Cipriano was restored and in more recent times reconsecrated: this interesting building can be visited during the opening times. 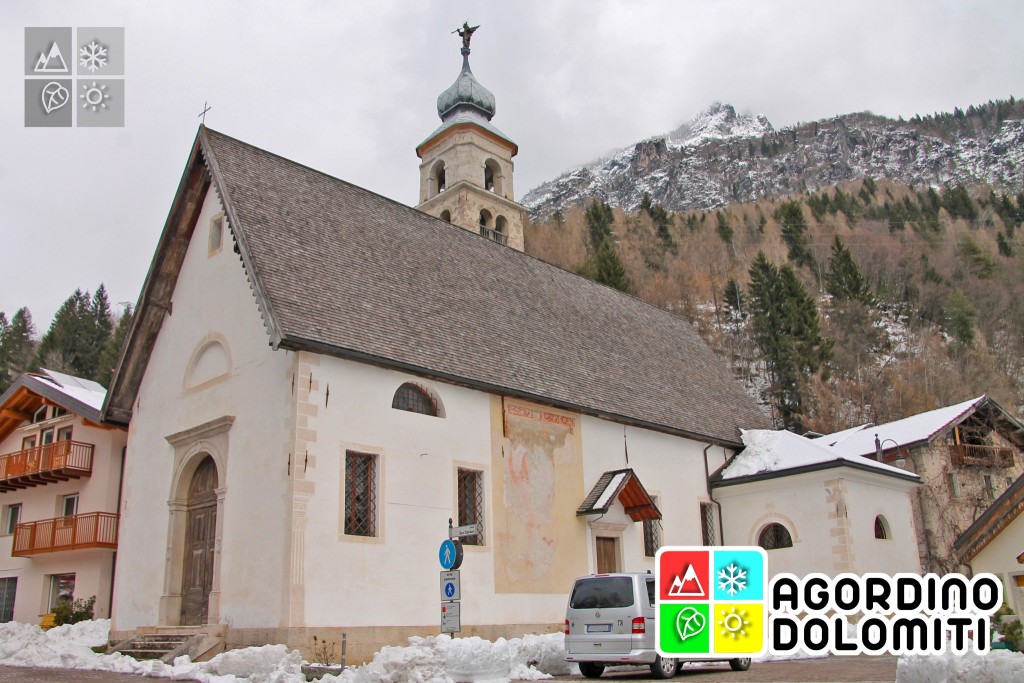 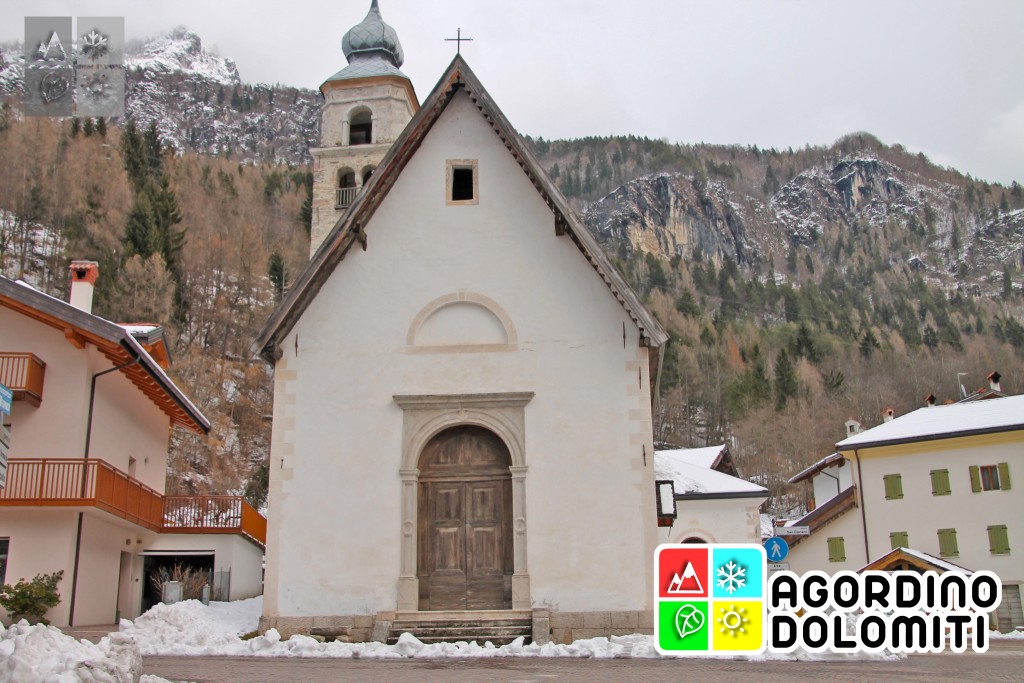 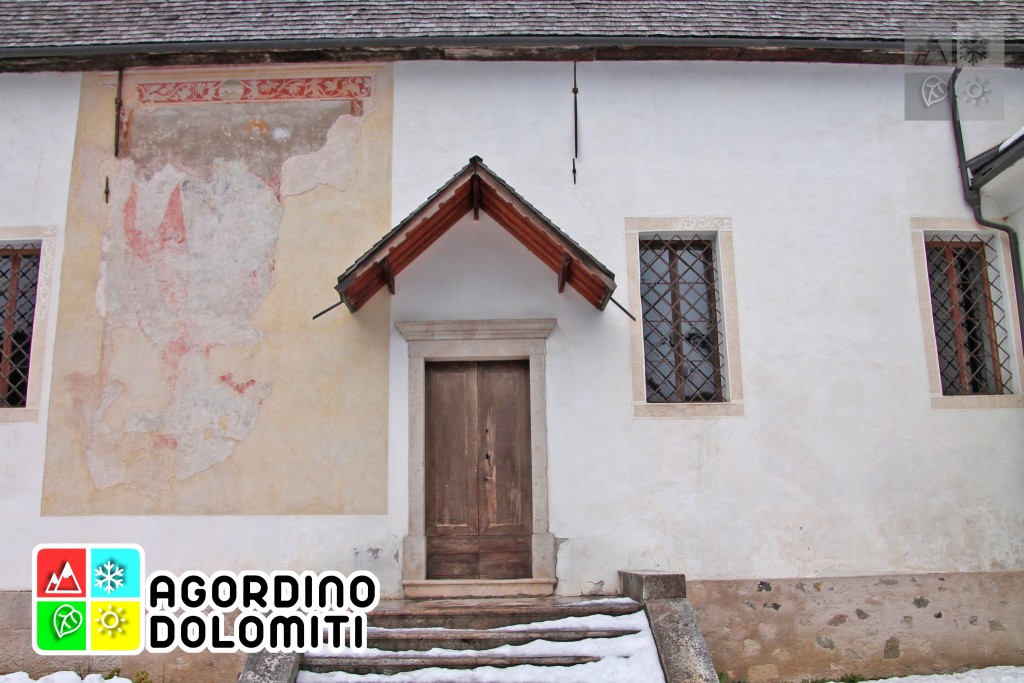 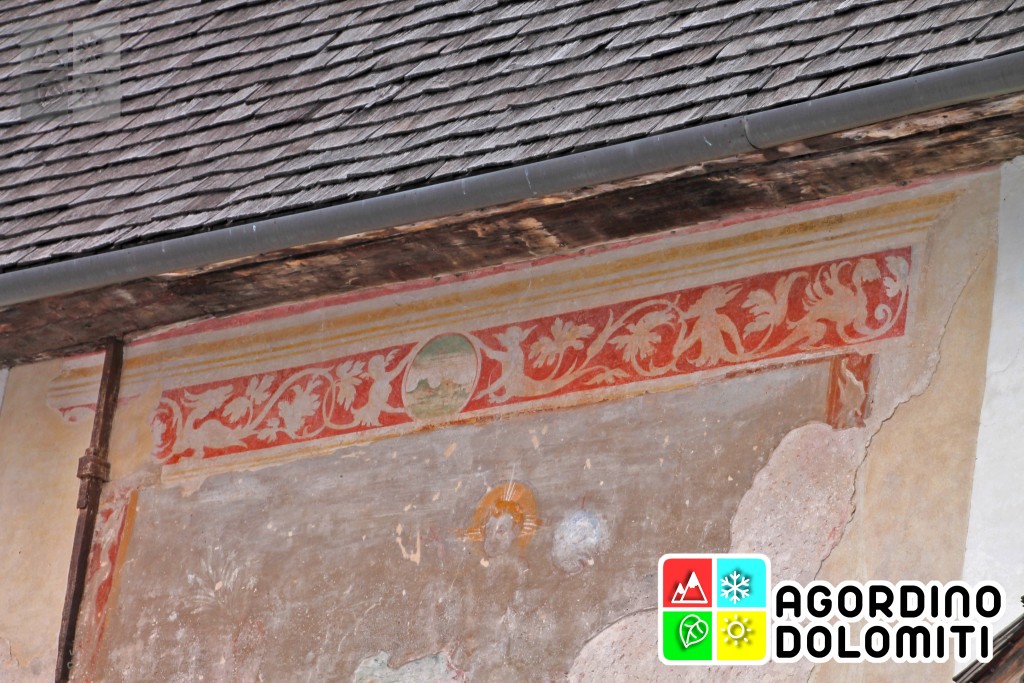 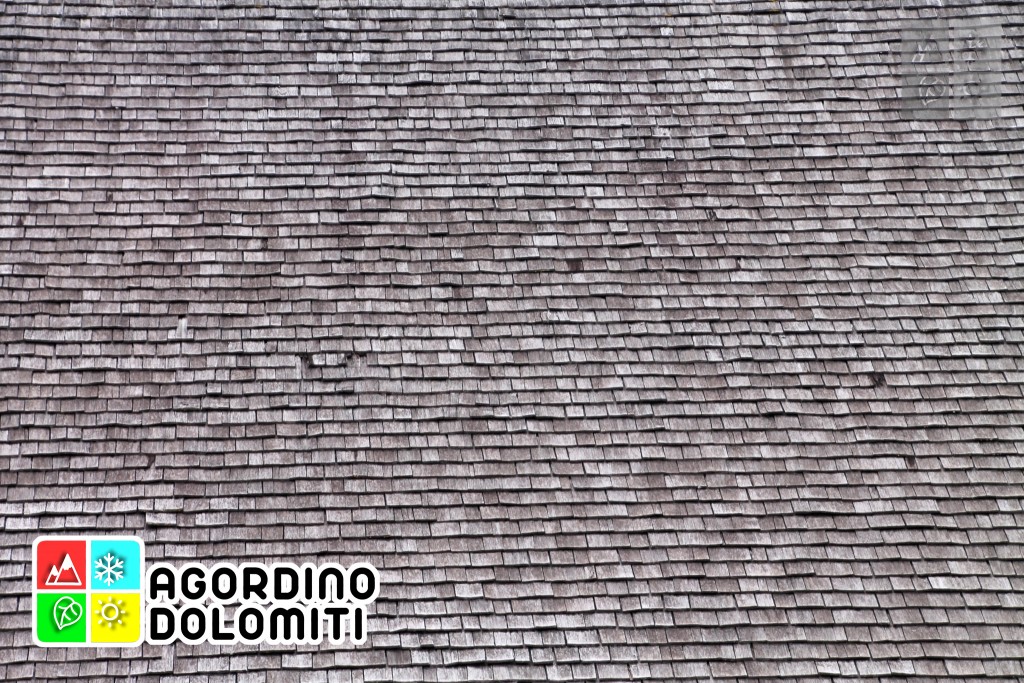 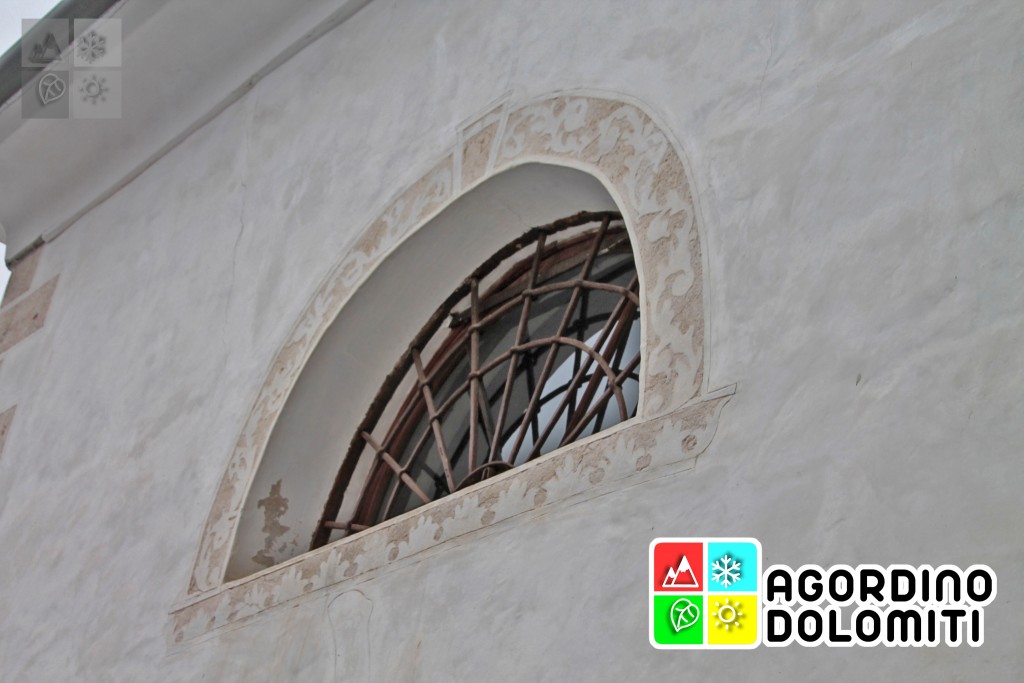 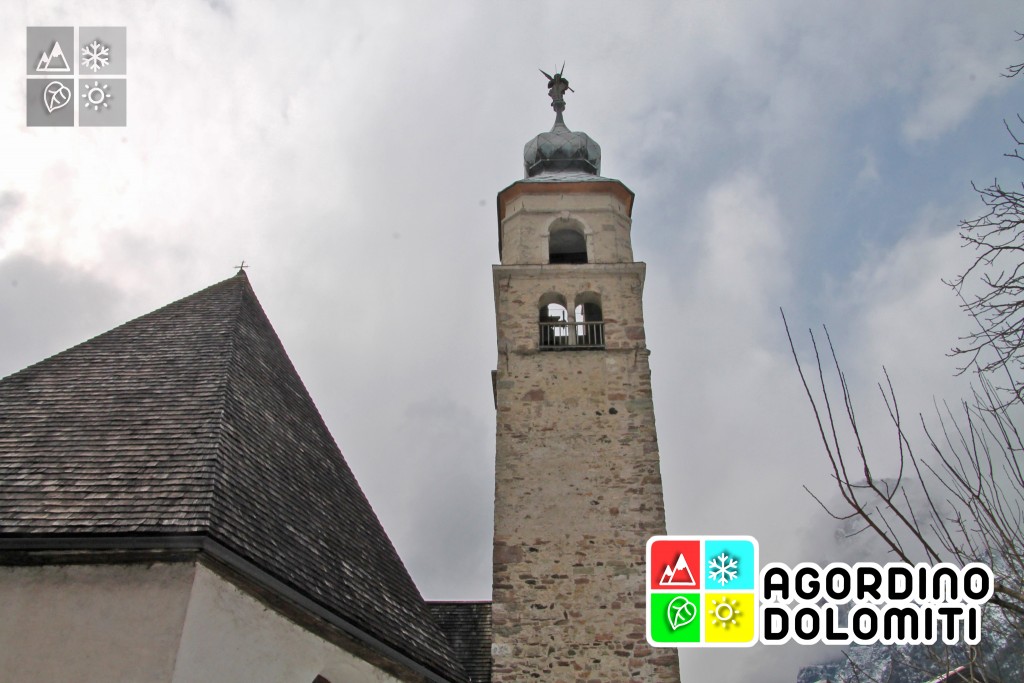 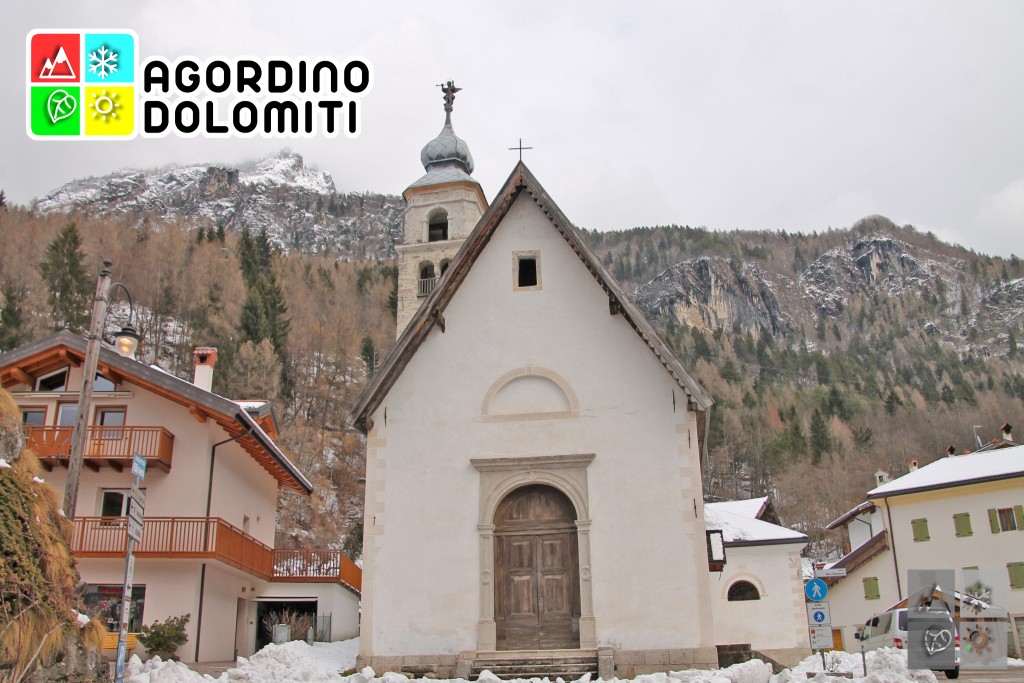 The Peden Fort is a military post built in 1890 in order to defend the city of Belluno from possible further invasions by the Austro-Hungarian Empire during a period of growing international tension with the Austria-Hungary; the fort was equipped with heavy artillery and with a remarkable defensive system. The Peden Fort was never involved in the Great War and it was destroyed by the soldiers of the Reign of Italy during the retreat following the defeat of Caporetto (Kobarid) in 1917. The ruins of the Peden Fort have been put back together in recent times and the area around the fort has been cleaned up by some volunteers of Taibon Agordino. The fort can be visited with a short walk from the hamlet of Col di Peden.

Taibon Agordino is composed of many sunny hamlets and of the beautiful San Lucano Valley, a 7-km glacial valley characterized by a superb natural setting between the impressive steep walls of the 3rd official system of the UNESCO Dolomites Foundation. The commendable refurbishment work of the picnic areas of the valley and the construction of new parking lots, together with the passion of a motivated group of volunteers and inhabitants involved in the maintenance of the brand-new MTB and hiking trails (suitable also for the Nordic Walking and for simple walks in the woods of the Dolomites) and the promotion of interesting sports and cultural events have allowed the Municipality of Taibon Agordino to reap the first benefits in terms of influx of tourists. This success has shown that there’s an alternative to the industrial development, a sector in which Taibon already excels.

The San Lucano Valley is perhalps the best known tourist attraction of the Municipality of Taibon Agordino; the long valley that winds through the peaks of the 3rd official dolomitic system along the Tegnas Stream is rich in woods and beautiful bucolic views that give visitors a sense of intimate contact with nature. 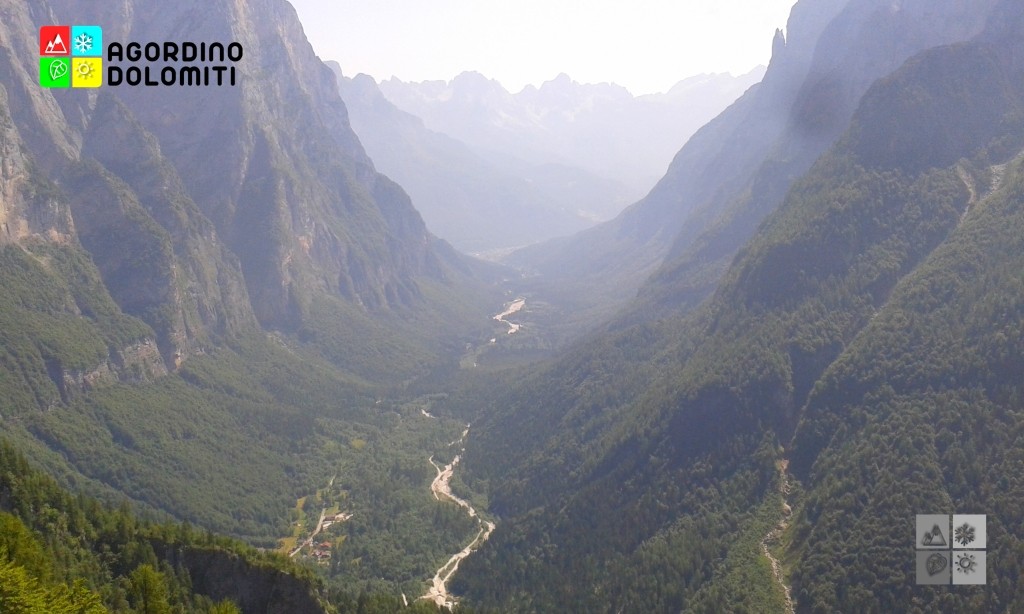 In recent times, Taibon Agordino is experiencing a moderate success among the wingsuit flying enthusiasts; thanks to the shape of the San Lucano Valley, with Mount Agner that offer the second vertical wall of the whole Apls, Taibon has been the destination in the last few years of many brave jumpers that have pushed beyond the limits of this thrilling discipline.

The hamlet of Listolada, located on the link bank of the Cordevole River, is the access point to the Val Corpassa; from this place, guests can reach the mountain huts Capanna Trieste and Vazzoler and the marvellous Val Civetta. On this itinerary, among the most beautiful of the whole Dolomites UNESCO World Natural Heritage Site, takes place every year one of the most famous fell running event of the Alps, the Transcivetta Karpos.