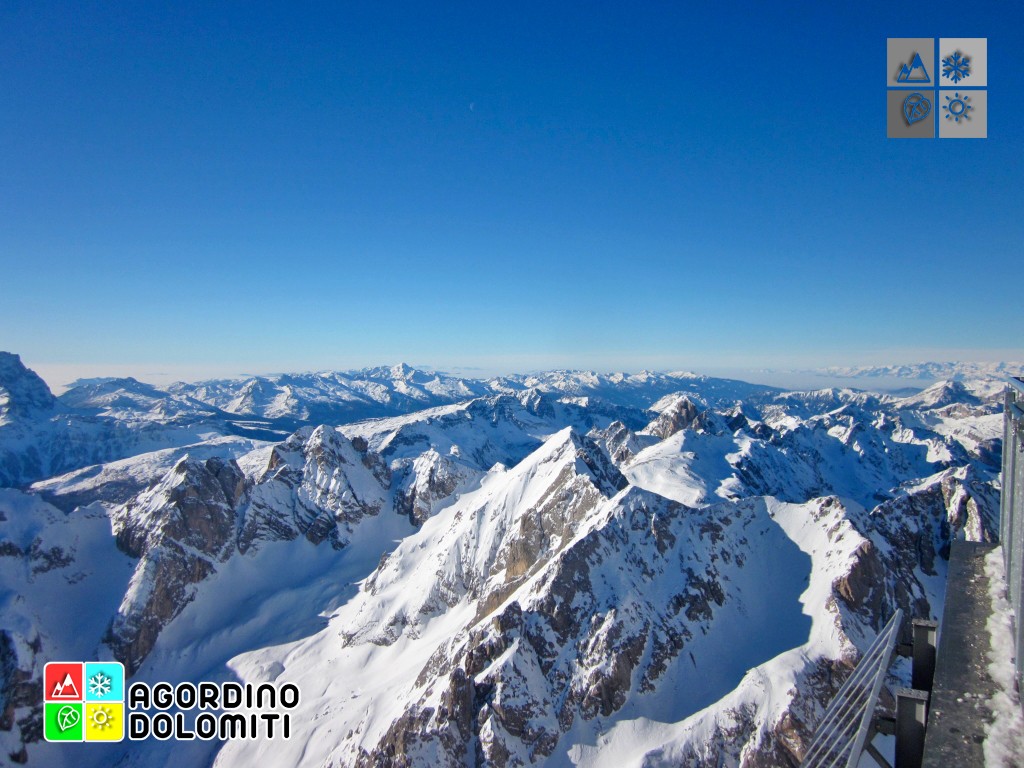 Marvellous view on the Dolomites from Punta Rocca on the Marmolada

An excellent choice of accommodation facilities, the possibility to ski on the longest ski slope of the Dolomiti Superski (the “Bellunese” ski slope with its 12 kilometres of thrilling descent), the highest museum in Europe (the Marmolada Great War Museum on Punta Serauta) and the possibility to enter the well-known Sella Ronda through the Passo Padon make Rocca Pietore – Marmolada one of the most popular ski resort of the Dolomites UNESCO World Natural Heritage Site. Every tour of the Dolomites should involve a visit to the panoramic terrace of Punta Rocca (3265 m), the highest viewpoint in the Dolomites, easily reachable from the hamlet of Malga Ciapela. 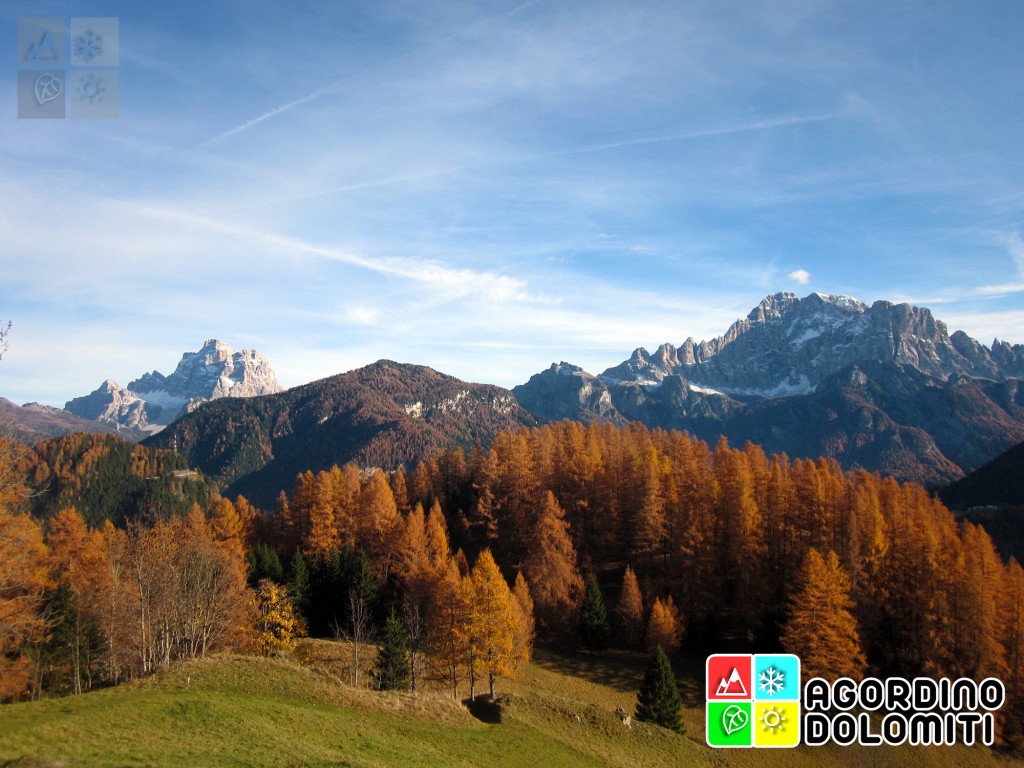 Rocca Pietore boasts a centuries-old history characterized by a great political and cultural independence compared to the other Municipalities of the Agordino; fom more that 4 centuries (15th – 19th Centuries) indeed the Municipality of Rocca Pietore has been a self-governing community independent both from the “Serenissima” Republic of Venice and from the Tyrol; it is the period of the so-called “Magnifica Comunità della Rocca” [“Magnificent Community of the Fortress”], a form of government that involved the participation of the householders of the village without remarkable interferences from Venice and the Tyrol. The toponym “Rocca Pietore” reminds us of a mythical tower or rather fortress (“rocca” means indeed “stronghold” or “fortress” in Italian) that in the past was probably located at the entrance of the valley. The great cultural tradition of Rocca Pietore-Marmolada, halfway between the Venetian and the Ladin ones, is still nowadays evident in the local dialect (a mix between the lower Agordino dialect and the Ladin dialect of the Sella Massif), in the cultural tradition and in the local cooking. Unfortunately, not much of the period of the Magnificent Community remains today: the municipal archive was indeed destroyed by a blaze in the 19th Century, and the only available sources are the regional catalogues and some historical reserches based on the parish chronicles. A good occasion to approach the unique cultural world of Rocca Pietore are the evenings of the so-called “Na Sera da Zacan” [“Ancient Evenings”]; during this commendable event, that takes place usually on Thursday evening in July and August and organized by the Comitato Manifestazioni Marmolada, the hamlet of Sottoguda houses many interesting demonstration of local works and handicraft (iron forging, wood sculpting, production of hemp ropes, production of the “Scarpet” – the typical footwear of the Dolomites), street markets with typical products, live music and traditional dances by the Marmolèda Folk Group, historical reenactments and much more. Another extraordinary event, copied also in other valleys of the Dolomites, is the “Sbriseda”, a day dedicated to skiing in historical costume (and preferably with wooden skis) that takes place every year at the end of the winter season on the longest ski slope of the Dolomites, the Bellunese. 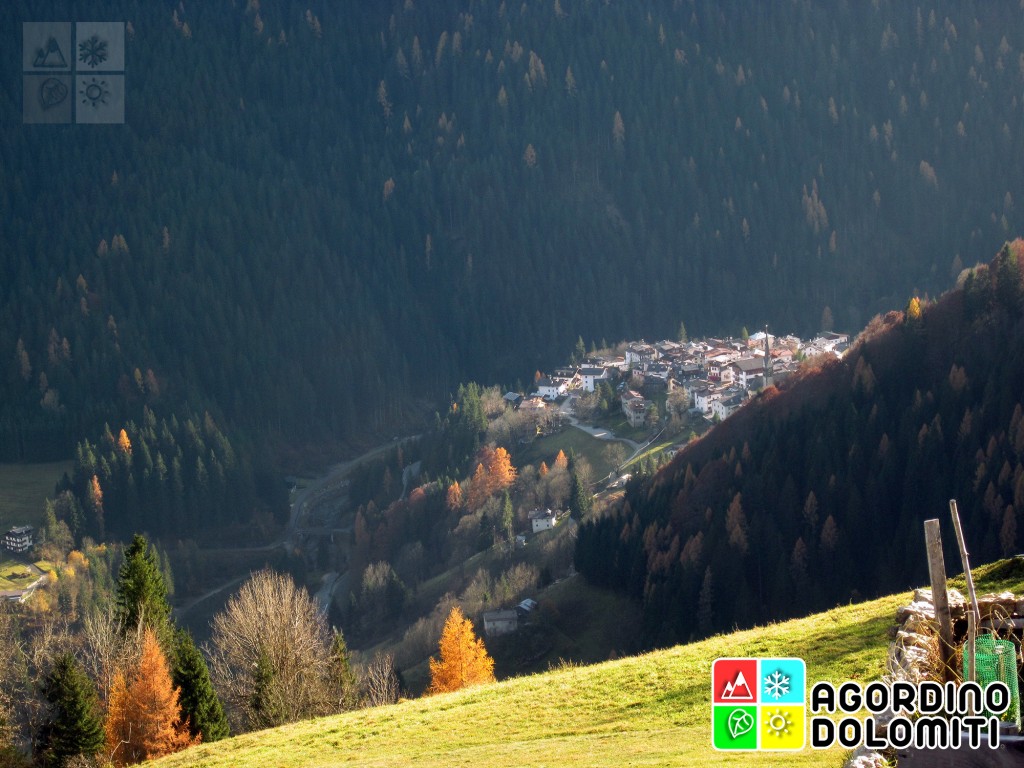 The access point to the Arabba – Marmolada ski area (6th area of the Dolomiti Superski) is the hamlet of Malga Ciapela, located right behind the impressive southern wall of the Queen of the Dolomites; from the valley floor, guests reach easily the 3265 m of altitude of Punta Rocca with the Marmolada Cable Car; from the Marmolada, guests can enter the Arabba ski area and consequently the Sellaronda ski tour though the Passo Padon. The tourist resort of Rocca Pietore is very dynamic in terms of tourism and collaborates with Arabba (with whom it shares the ski area) and with Alleghe (with whom it shares the Lake of Alleghe); in winter, Malga Ciapela is furthermore connected to the Ski Civetta ski area thanks to an efficient bus service by Dolomiti Bus. 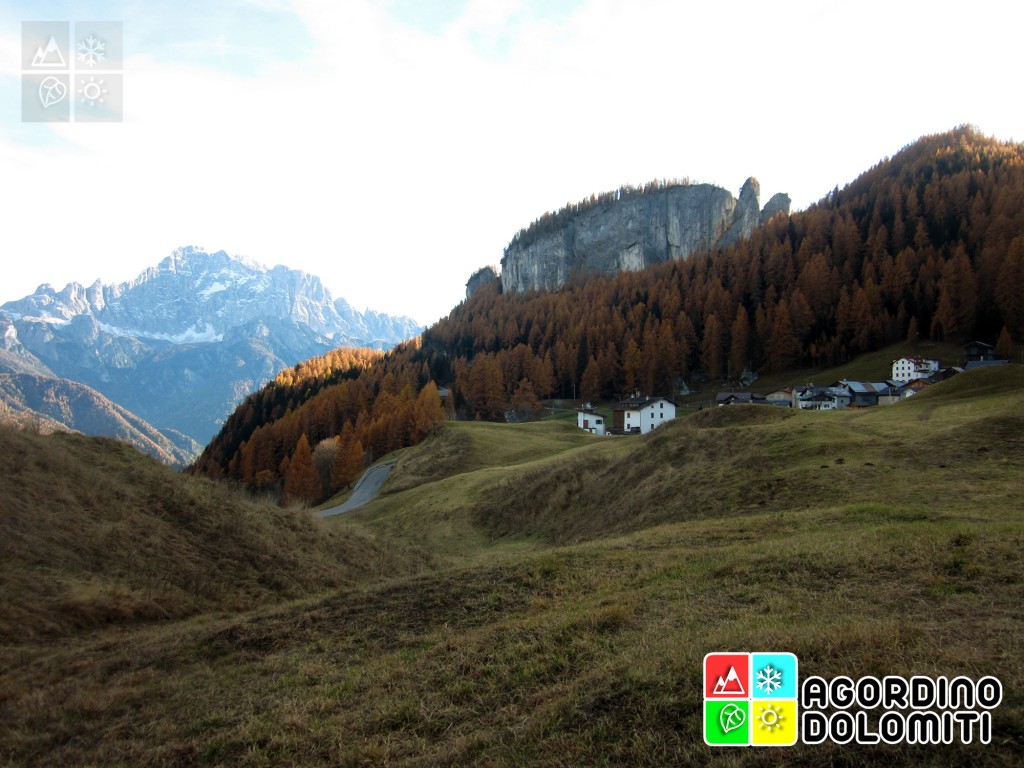 The beautiful hamlet of Laste

The Marmolada area is an area of great environmental value protected by the Marmolada Natural Reserve; in this place is located the impressive canyon called “Serrai di Sottoguda”; it is a 2.5 km long gorge dug by the Pettorina River that connects the hamlets of Malga Ciapela and Sottoguda. The Serrai di Sottoguda house often cultural events like Stagud’Art (exhibit of local artist) or sports events like the Ice Climbing Meeting, an entire weekend dedicated to the ice climbing in the enchanting setting of the Serrai in winter that summons many enthusiasts from all over Europe. In summer, the entrance to the Serrai di Sottoguda requires a toll (whose proceeds are used entirely for the preservation of the Reserve); in the canyon there’s also a wonderful sightseeing train (the “Serrai Express”). Sottoguda offers moreover many handicraft shops that deals with iron forging and wood scuplting; it is an excellent place to purchase an original and unique souvenir of the Dolomites.

The Marmolada Cable Car connects the valley floor in the hamlet of Malga Ciapela to Punta Rocca after a stop in Punta Serauta; at the arrival station of Punta Serauta, the guests of the Marmolada can admire free of charge the brand-new Great War Museum in Marmolada, renovated in 2015; the museum of the Marmolada is the highest of the whole European area and it contains interesting and unique pieces of the Great War and of the mythical “City of Ice” [die Eisstadt], a complex tunnel system dug in the ice of the Marmolada Glacier by the Austrian troops during the Great War. Another attraction that is definitely worth a visit is the panoramic terrace on Punta Rocca with its astonishhing 360-degree-view on the Dolomites, the Alps and beyond.

With the economic contribution of the European Union, another valuable tool in the service of memory has been recently created: it is the Multimedia Centre Delcroix in the hamlet of Sottoguda; located in the same building of the Tourist Office of Rocca Pietore, the Multimedia Centre is dedicated to Carlo Delcroix, war veteran and Italian politician; it is an interactive space, free for everybody, that focuses the visitor’s attention on the sad life of the soldiers involved in the war of position rather that on the war events.