The unique Charm of Nature and History in Val del Mis

Gosaldo is a charming natural oasis of the Dolomites UNESCO World Natural Heritage Site located in the highest part of the Val del Mis (Mis Valley) in Agordino, Province of Belluno, Veneto Region. Gosaldo borders directly with the Municipality of Sagron Mis (Trentino) and occupies with its territory almost 48 square kilometers, most of which are included in the National Park of the Dolomites of the Province of Belluno, an Italian Natural Reserve.

The Municipality of Gosaldo is composed of many small hamlets (which were almost one hundred at the beginning of the 20th Century) scattered all over the area. As for the Dolomites Natural Heritage Site, Gosaldo finds itself in the context of the Pale di San Martino, San Lucano, Vette Feltrine and Dolomiti Bellunesi, the 3rd of the 9 official Dolomites System recognized and protected by the UNESCO. As for the International Classification of the Alps, Gosaldo is located between the Pale di San Martino (Agner and Croda Granda Group), the Vette Feltrine (Cimonega Group) and the Monti del Sole Group.

The most ancient proof of the existance of Gosaldo goes back to the year 1148 A.D., when the village was cited in a document with the toponym of “Agosaltum” (a place name of clear langobardic origin). Agriculture, pastoralism and forestry work were jobs left to women and children; most men of working age were employed indeed in the local mines, above all in the Vallalta Mining Center.

Despite the presence of the Vallalta Mines, Gosaldo remained a hard place to live in, in particular for the lack of arable land and the scarcity of natural resources. Because of this, from the beginning of the 17th Century, the inhabitants of Gosaldo started to specialize themselves in a particular field: chair making. Known as “Careghete” or “Conthe“, the Gosaldo chair makers were pretty famous all over Europe, in particular in France, Switzerland and Belgium. The Chair-Maker Museum in Gosaldo is an interesting exhibition space dedicated indeed to this traditional manufacture.

The catastrophic 1966 flood put an end to the mining era in the Agordino area, which contributed to the depopulation of Gosaldo. The Vallalta Mining Center, with its centuries-old history, remained completely abandoned until the first decade of this center, when a series of controversial restoration works were carried out by the public administration (the controversy was not originated by the choice of renewing the mining center, but rather from the way in which the works were carried out). “The forgotten Mountain” Cultural Trail by the National Park of the Dolomites of the Province of Belluno has as its final destination the Vallalta Mining center. 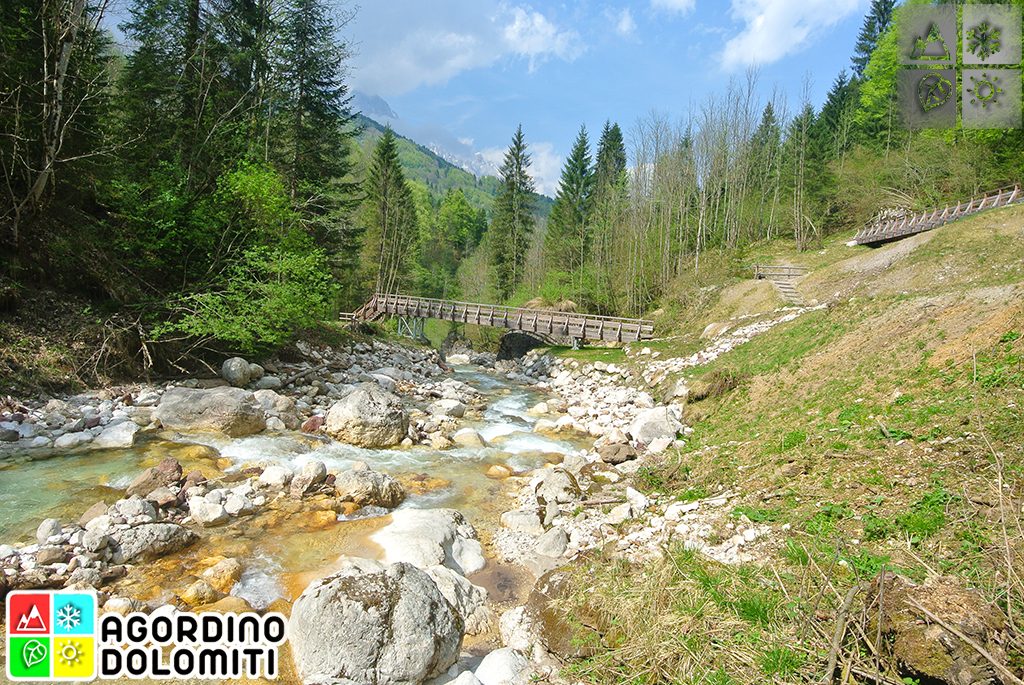 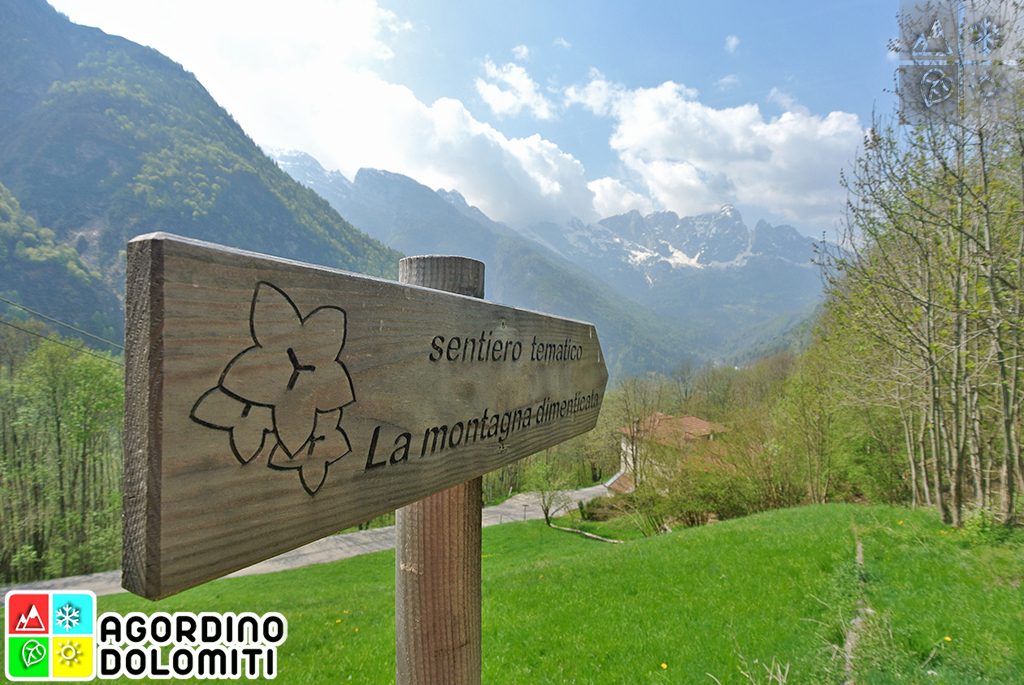 The main hamlet of the Municipality of Gosaldo is Don; in this place, in the small square of the hamlet, two churches can be visited: the Church of the Beata Vergine Addolorata, built in 1863, and the small, elder Church of San Giacomo, dated back to the 13th Century. The Church of the Beata Vergine Addolorata houses artistic masterpieces like paintings from Liberale Cozza, Antonio di Bettio, Francesco Frigimelica, Girolamo Moech and precious frescoes by Vito Cominelli.

The hamlet of Tiser offers the Church of San Bartolomeo Apostolo; the church of Tiser, with markedly Alpine Gothic architectural features, dates back to the 14th Century and contains masterpieces by Valentino Panciera-Besarel, Antonio Costa, Andrea Respurghen and Tommaso da Rin. The Tiser area is also rich in ancient shrines and votive images. The oldest chuch of the Municipality is the one in Forcella Aurine, dedicated to the Madonna delle Nevi. 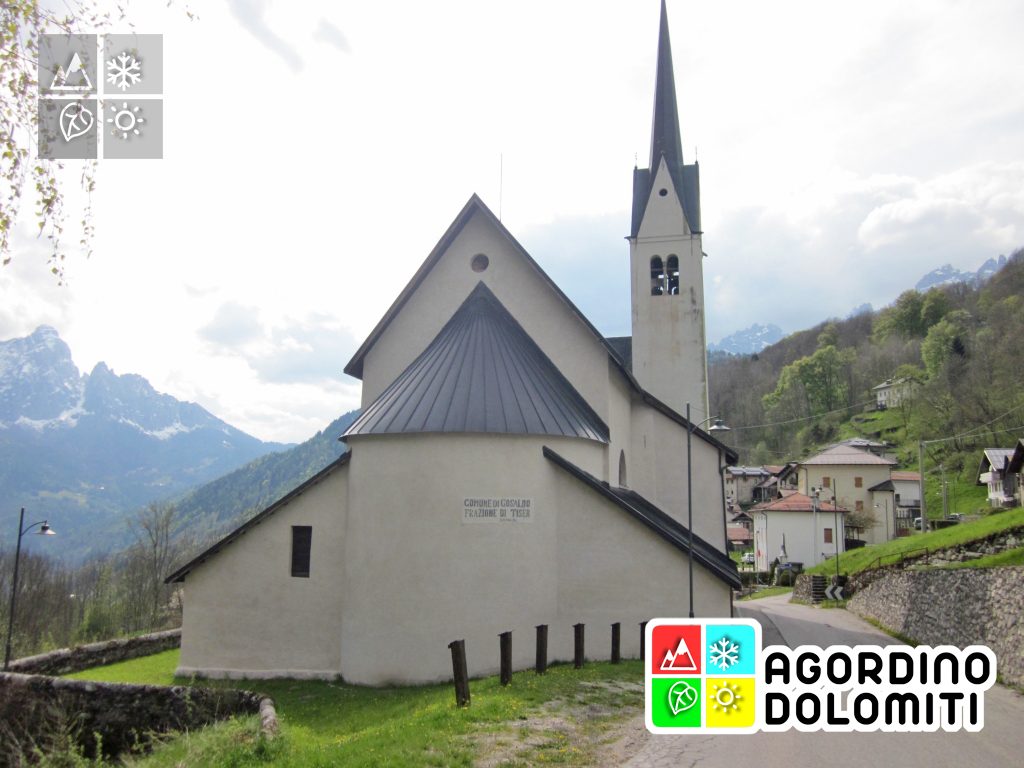 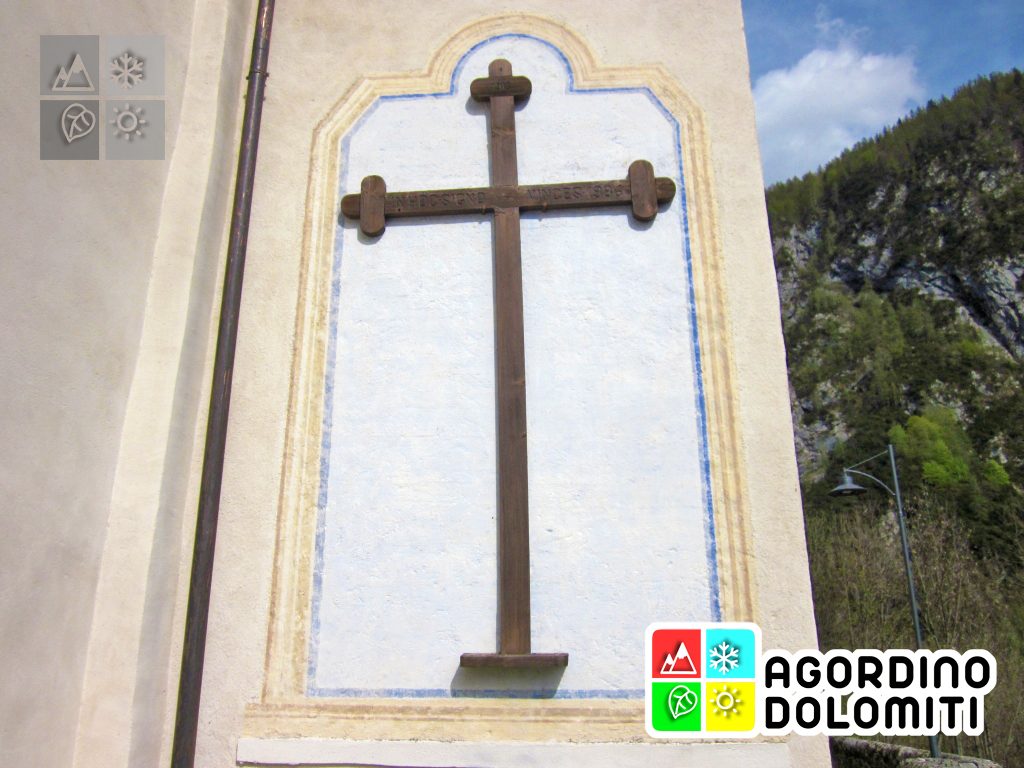 Some recent restoration works have been addressed to the Forcella Franche area, the pass that separates Rivamonte Agordino from Gosaldo; the place offers now a series of modern picnic tables, a new Tourist Office and an original “calchera” (a lime kiln). This area is interested by the “La Montagna Dimenticata” cultural path. 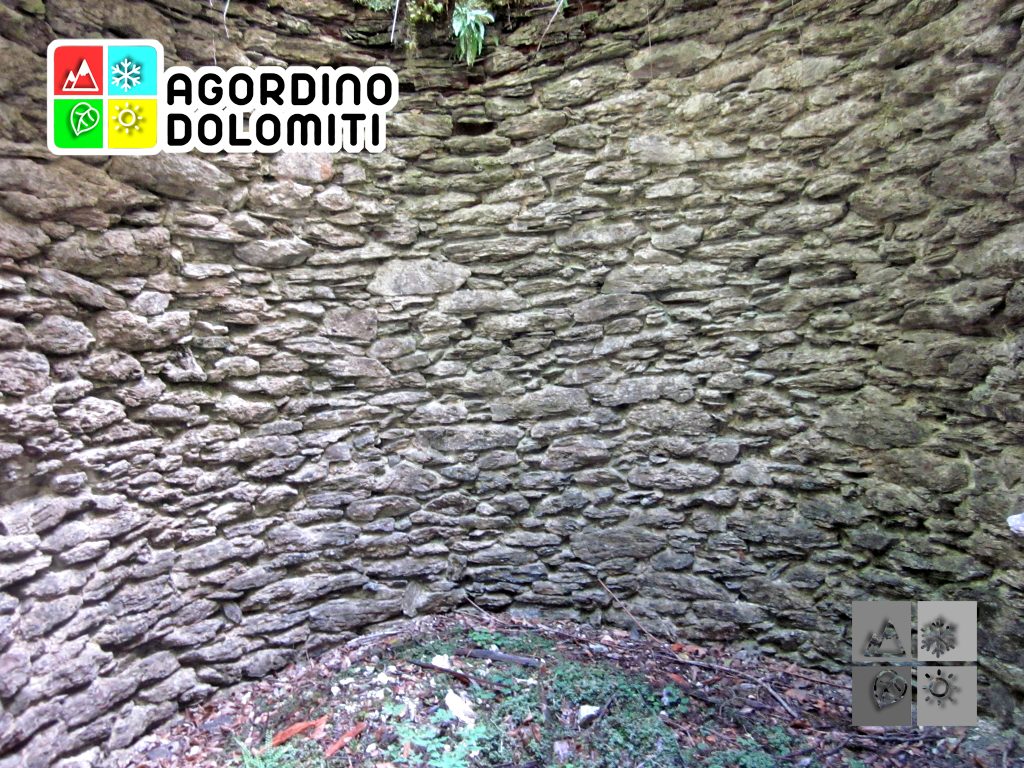 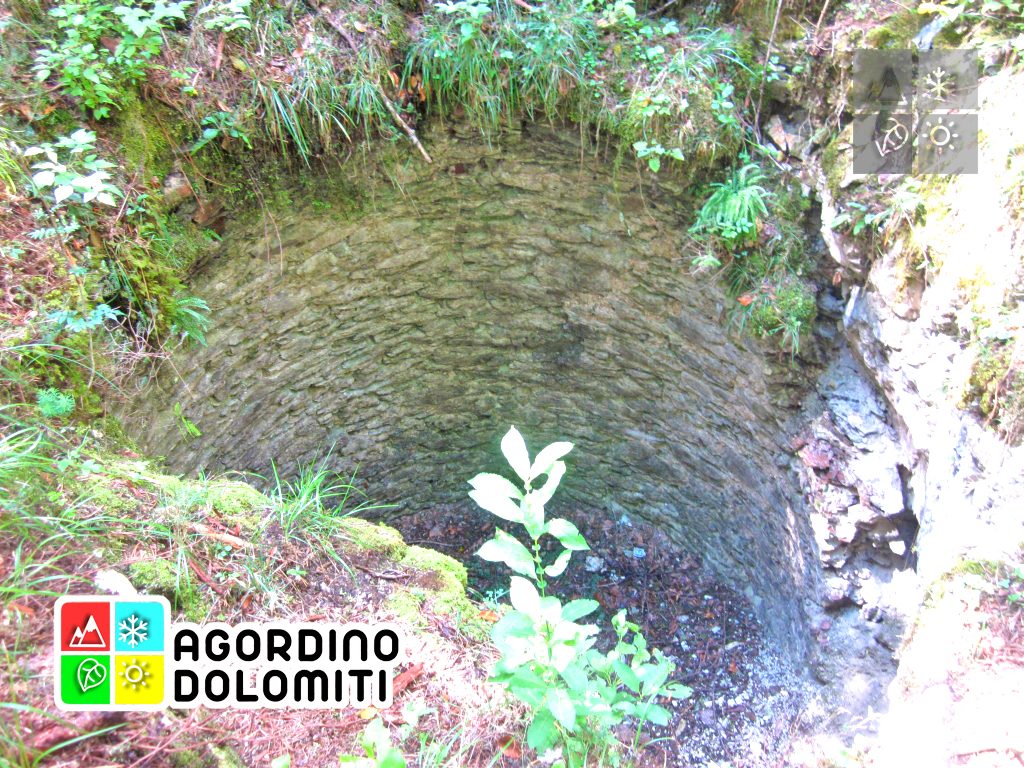 In the hamlet of Don, guests can visit also the interesting Chair Maker Museum, an exhibition space dedicated to the centuries-old tradition of chair making. The museum is open to the public during summer (special opening are possible on reservation); further information at +39 0437 68288 and +39 0437 68433. Furthermore, a monumental statue depicting a chair maker can be seen on the square of the hamlet. Periodically, the members of the Gosaldo Folk Group meet and give the guests interesting demonstration of chair making and other traditional manufactures. 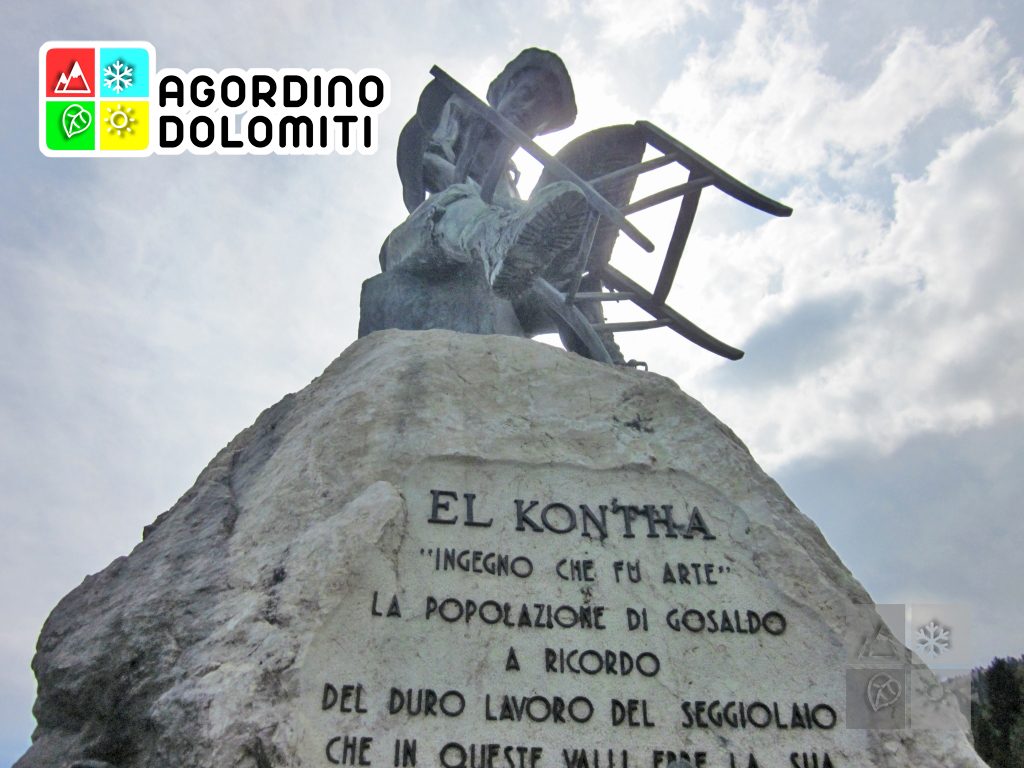 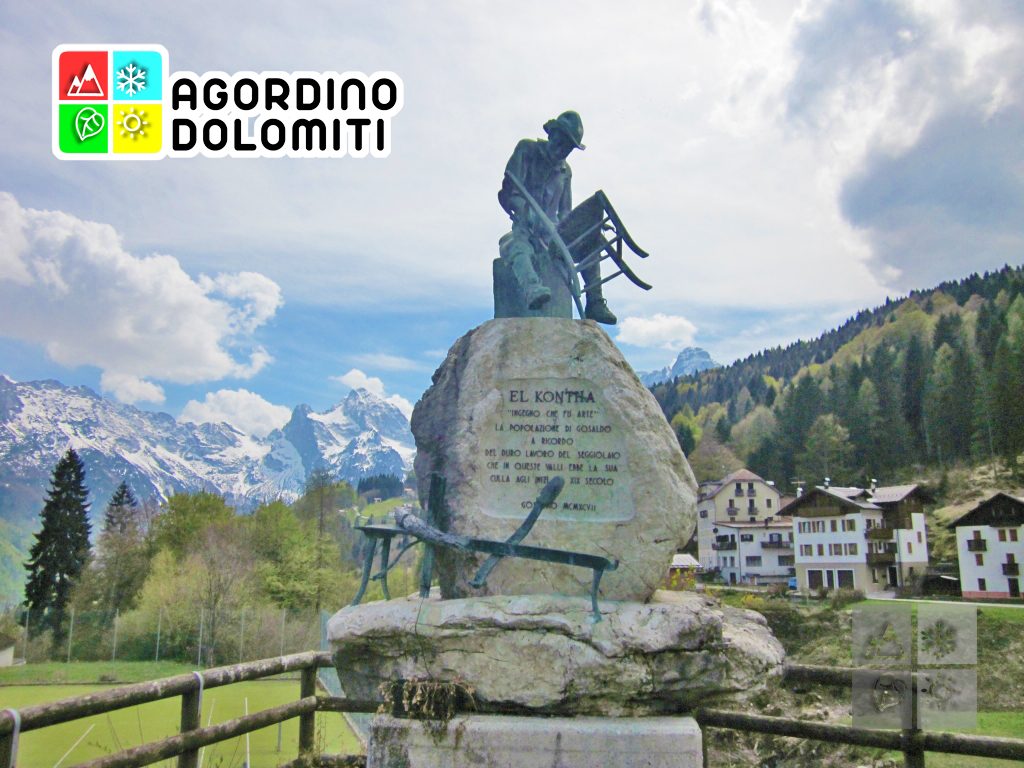 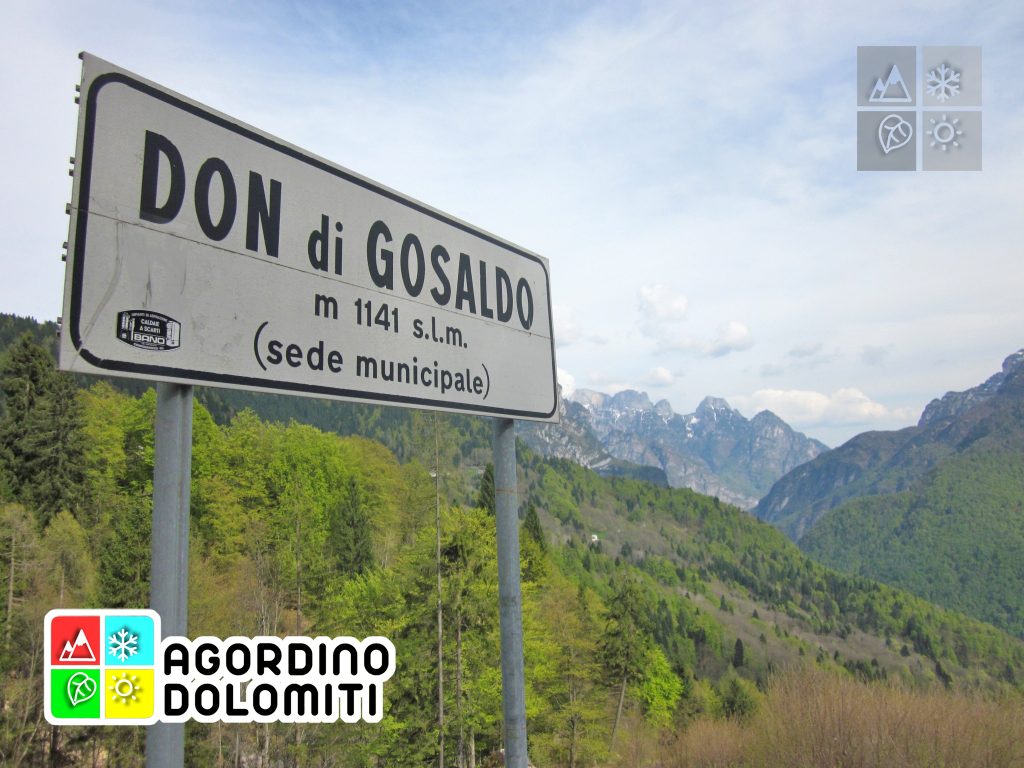 Gosaldo | Vallalta Mining Center and the ghost village of California

As said above, mining has been for years the main source of livelihood for the people of Gosaldo. Cinnabar (mercury mineral) was mainly extracted in the mining tunnels of the Vallalta Mining Center. Quicksilver was not the only metal to be extracted here: the mineral deposit of the Mis Valley provided also some gold, copper and silver.

During 19th Century, the Vallalta Mining Center was so important that the mining center was among the 10 best mines in Europe for the amount of extracted metal; it was so important that the Austrian-Hungarian Empire pushed for obtaining an access to the mining site and eventually managed to shift the boundary between Venice and Tyrol in order to include part of the mines in its territory (it is the famous “gold triangle” that can be seen today).

The decline of the Vallalta Mining center began in 1963 with a severe mining accident in which 3 workers lost their life (it was not the first accident of this type: at the end of the 19th Century, almost 40 workes drowned inside the mining tunnels of Vallalta because of a flood. After the accident in 1963, the mining center was hit at full strength by the massive 1966 flood: the O’Connor and Vallalta tunnels were destroyed by the flood, as well as the mining / touristic village of California and the nearby village of Gena, which became ghost towns. Following a tendency that arose from the second half of the 19th Century, the majority of the population of the Mis Valley emigrated towards other European Countries or the US. The Vallalta area was left abandoned for almost 40 years after the flood; in 1990 the National Park was found; in 2016, the Province of Belluno started to renew part of the area, even if many volunteers were already active on site before the public administration. Nowadays, visiting Vallalta is possible indeed thanks to the work of these volunteers; it is anyway an adventurous visit, notwithstanding the restoration work carried out by the Province. A full report of our visit is visible in our section “Articles”. 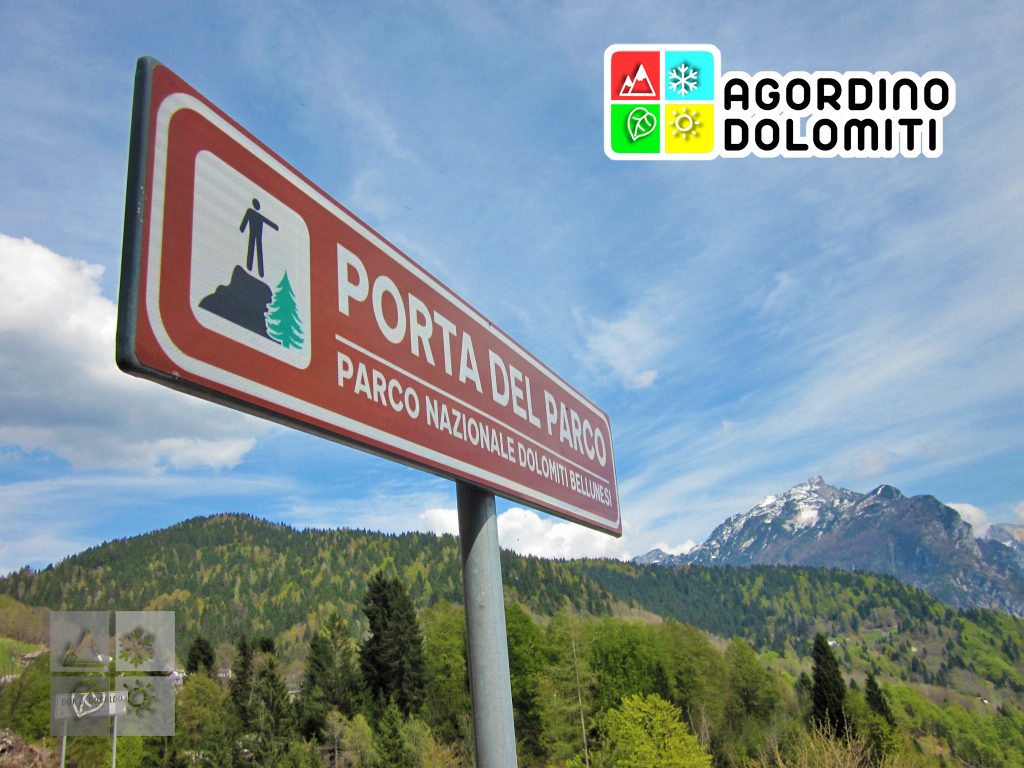 Gosaldo | National Park of the Dolomites of the Province of Belluno

Gosaldo is one of the accesses to the National Park of the Dolomites of the Province of Belluno; the municipal area offers a lot of marvelous cultural path as well as the ideal setting for many sporting activities. The Val del Mis is the most beloved place among guests (and the easiest to reach).

To the Municipality of Gosaldo belongs the small but charming Aurine Ski area; this tiny, family-oriented ski area is located in the hamlet of Forcella Aurine (the mountain pass between Gosaldo and Rivamonte Agordino). It offers 4 kilometers of groomed slopes, 2 of which equipped with lighting system for night skiing. 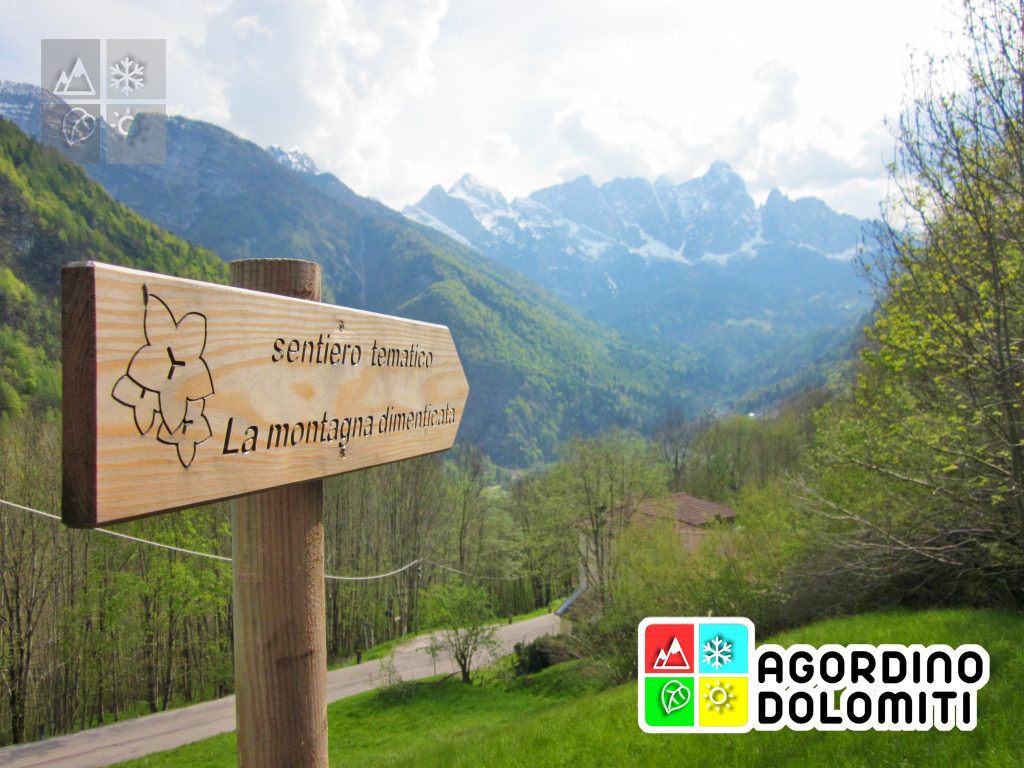 Go back to: Resorts of the Agordino