The centre of the town of Cencenighe Agordino (773 metres above sea level) is the confluence of the Val Biois (with the Municipalities of Falcade, Canale d’Agordo and Vallada Agordina) and the Val Cordevole (with Alleghe) and their respective rivers, the Biois and the Cordevole; the village of Cencenighe is composed of many different hamlets scattered throughout the municipal area and the administrative centre is located in the valley floor near the State Road. Whereas the village center lies in the valley bottom, most of its hamlets are located at a higher altitude, on the slopes of the surrounding peaks of the Dolomites (Mount Pape, Mount Pelsa, Civetta, Mount Anime, Pale di San Lucano); these rural villages of the Dolomites have preserved unvaried their original aspect, and they are definitely worth a visit.

Thanks to its central position in the Agordino area, Cencenighe Agordino features a wide range of commercial activities along the main road such as handicraft and souvenirs shops, appliance stores, restaurants, supermarkets, ice-cream parlours, pet shops, food shops and much more. The wonderful hamlets of the village located at high altitude differ greatly from the valley floor, which is crushed between Mount Pelsa and Mount Pape; the hamlets are beautiful historic villages surrounded by verdant woods and meadows that can surprise the visitor with their unique charm.

Cencenighe Agordino offers some accommodation facility, even if its vocation is rather industry than tourism. Cencenighe Agordino could be anyway a valid place in which to stay in order to explore the Pale di San Martino or the Marmolada Group: among the most beloved natural attractions of the Municipality there are the Bivacco Bedin (Pale di San Lucano), the ascent to Mount Pape and the Via Ferrata Fiamme Gialle (Monte Pelsa). Cencenighe Agordino also offers a cycle path, part of the wider Agordino cycle path. Cencenighe offers a public picnic area in the hamlet of Pineta close to the artificial lake. 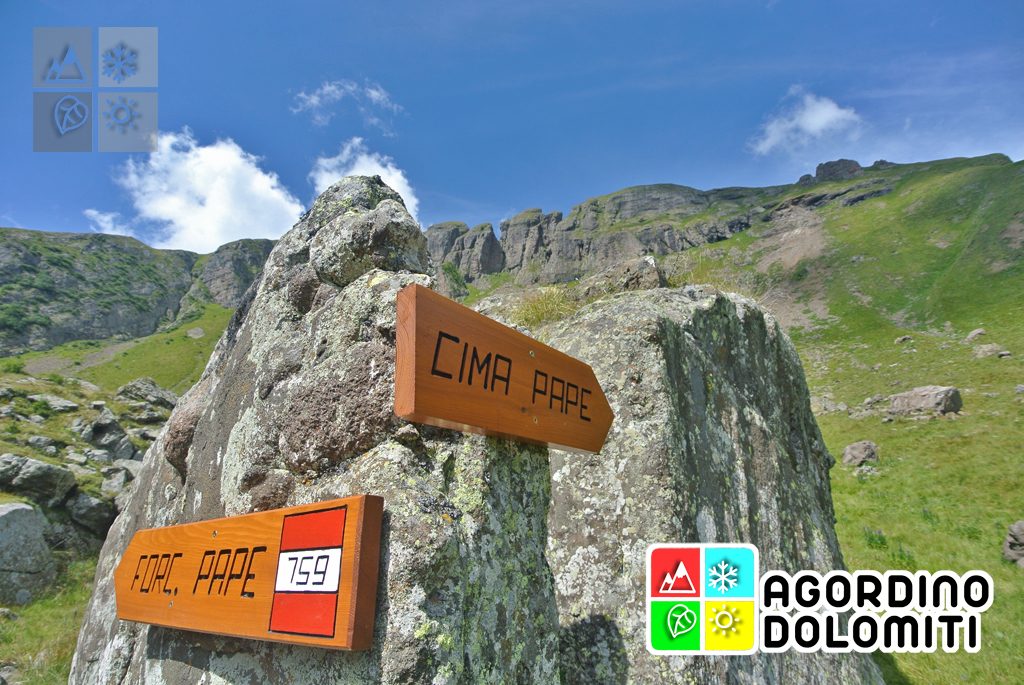 Nowasays, as observing Cencenighe, it appears as a wealthy commercial centre of the Dolomites UNESCO World Natural Heritage Site, but in the past this was, as for many other towns of the area, a land of strong emigration; the inhabitants of this village of the Soprachiusa district had to specialized in a particular field in order to survive since the land is poorly cultivable and the territory offers few environmental resources. Located in a very narrow valley floor, flooded yearly by the Rivers Cordevole and Biois, Cencenighe offered in the past very little arable land; a local legend, never confirmed or denied, tells that the original inhabitants of Cencenighe Agordino were exiled families from the nearby Friuli that came and settled there because the land was not inhabited by the Agordino people. They called the place “Cencenighe”, which seems to have meant something like “there’s nothing here” in Friulano dialect

True or not, the fact is that the life conditions of the inhabitants of Cencenighe was so miserable that they had often to ask for food to the near villages; in order to try to look for some other means of survival, starting from the late Middle Ages, the Cencenighe people began to specialize in a particular field, that is to say While Alleghe developed a strong industry related to the production of blades and cutlery and Zoldo specialized in the nail production, Cencenighe developed the profession of stone cutter exploiting the stone quarries of Mesaroz, a suggestive and panoramic hamlet located above Martin on the right bank of the Biois River and under Mount Pape (nowadays, Mesaroz is a well-known destination for climbing enthusiasts).

Tthe majority of the stone cutters from Cencenighe dealt with the production of everyday items like fountains, containers and rock slabs, but there were workers with great skill and taste for art that dealt with decorative elements, like Vincenzo Mazzarol and Simon De Biasi; the two artists produced in 1692 the set of staues that decorates the railings of the Villa Crotta – De Manzoni in Agordo. Near the Nof Filò, the modern multifunctional structure in the town centre has been recently placed a small but interesting open-air museum dedicated to the stone cutters from Cencenighe Agordino; the museum is always accessible and it contains many examples of handicraft works in honor of the great past of the village.

In 2016, a group of local qualified MTB Guides carried out the mapping of all the MTB trails of the Municipality of Cencenighe Agordino; the map, redone in 2018, is available for free at most of the stores of the village.

The Municipality of Cencenighe Agordino offers a modern sports hall called the “Palacence”; for more information it is advisable to contact directly the municipal administration at the Town Hall of Cencenighe Agordino. In the splendid hamlet of Chioit (reachable from the valley floor following the road to the hamlet of Martin) there’s a famous climbing wall on natural rock at Mesaroz with a lot of challenging and thrilling climbing routes. In the hamlet of Mezzocanale (located at the mouth of the tunnel between Cencenighe Agordino and Listolade in the Municipality of Taibon Agordino towards Listolade) there’s another amazing climbing wall: the Mezzocanale climbing wall can be used also with bad weather thanks to the sheltered position of the climbing routes.

Go back to: Resorts in Agordino