10 Marvelous things to see in Agordino, the Heart of the Dolomites

Today we don’t deal with any excurion in our beloved Dolomites UNESCO World Natural Heritage Site, but rather with 10 interesting ideas specifically dedicated to the families that visit during the summer season our Agordino, the Heart of the Dolomites. This is an absolutely subjective selection and it doesn’t include the totality of the things to be visited in our area, of course; thus this article has to be understood just as the simple collection of 10 striking ideas to spend unforgettable moments with the whole family in the Heart of the Dolomites.

The criterion we used in this selection is accessibility: all the attractions in this atricle are very easy to reach, also for families with small childern and pets and they are unproblematic from the point of view of fruition, offering a good standard of services which are essential to ensure the enjoyment and well-being of the whole family. Furthermore, we selected the following entries among proposals that can strike children’s immagination, in order to build up a good mixture of natural, historic and cultural attractions. The following entries are not ranked; all of them are equally interesting and capable to make you passionate about the Dolomites even if you are not an experienced mountaineers.

The contacts of our public Tourist Information Offices are present in correspondence of each entry in our list, in case you want to get further information about a specific activity. Of course, for a wider choice of things to do in our area, we invite you to check out all the sections of this blog; we already added some useful links in this article you can freely check out. We hope you enjoy it!

1. Marmolada, the Queen of the Dolomites 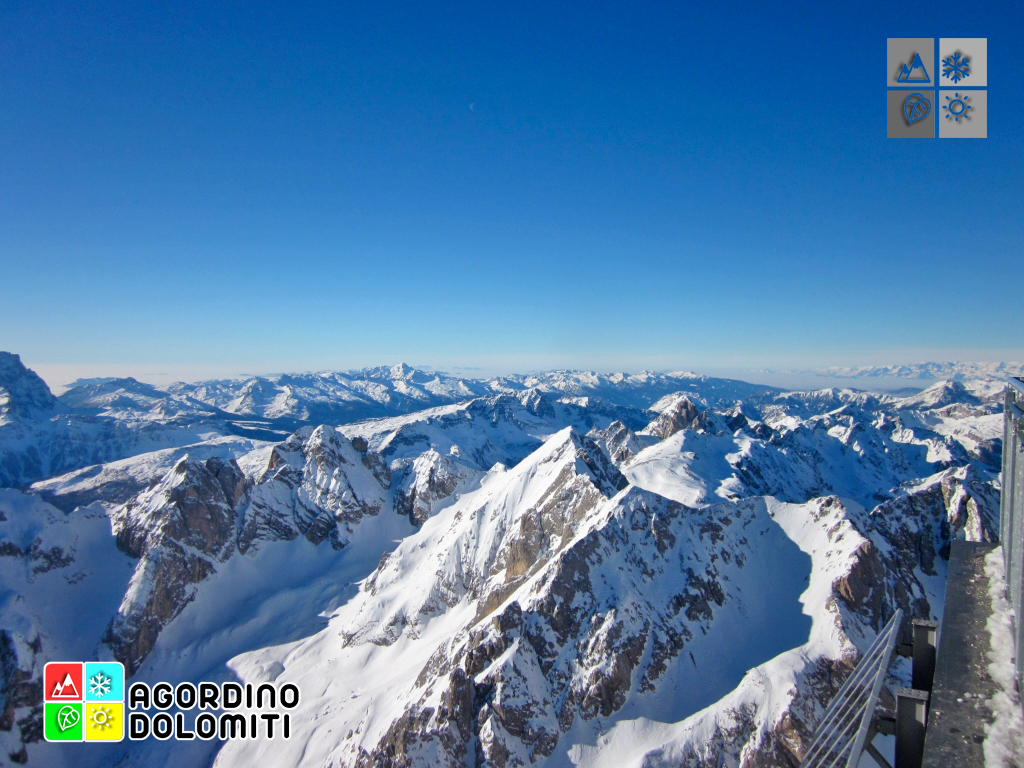 A tour of the Dolomites can be considered complete only with a visit to the highest peak of the Pale Mountains, that is Mount Marmolada. With its 3343 meters of altitude, the so-called Queen of the Dolomites (nickname given to this peak by the English explorer Heriette Busk in 1874) rises above all the peaks of the Dolomites UNESCO World Natural Heritage Site. And you don’t have to be experienced climbers to reach the unparalleled altitudes of the Queen: Mount Marmolada is surprisingly accessible also to families and unsportsmanlike guests.

Thanks to the striking Marmolada Cable Car, also these kinds of visitors can reach pretty easily the 3265 meters of altitude of Punta Rocca from the valley floor of the hamlet of Malga Ciapela, in the Agordino Municipality of Rocca Pietore, and enjoy the landscape effortlessly from the highest observation point of the Dolomites, that is the Punta Rocca Panoramich Terrace. A marvelous spectacle that you won’t easily forget, promised!

The Marmolada Cable car is usually open during summer (in order to check the opening times, you can both use the contacts below or check out the Dolomiti Super Summer website). Furthermore, don’t forget to visit the amazing Great War Museum at the intermediate station of Punta Serauta: the museum located at the highest altitude in Europe houses dozens of unbelievable war finds and material of World War 1 in the Dolomites, and the entrance is included in the cable car’s ticket. 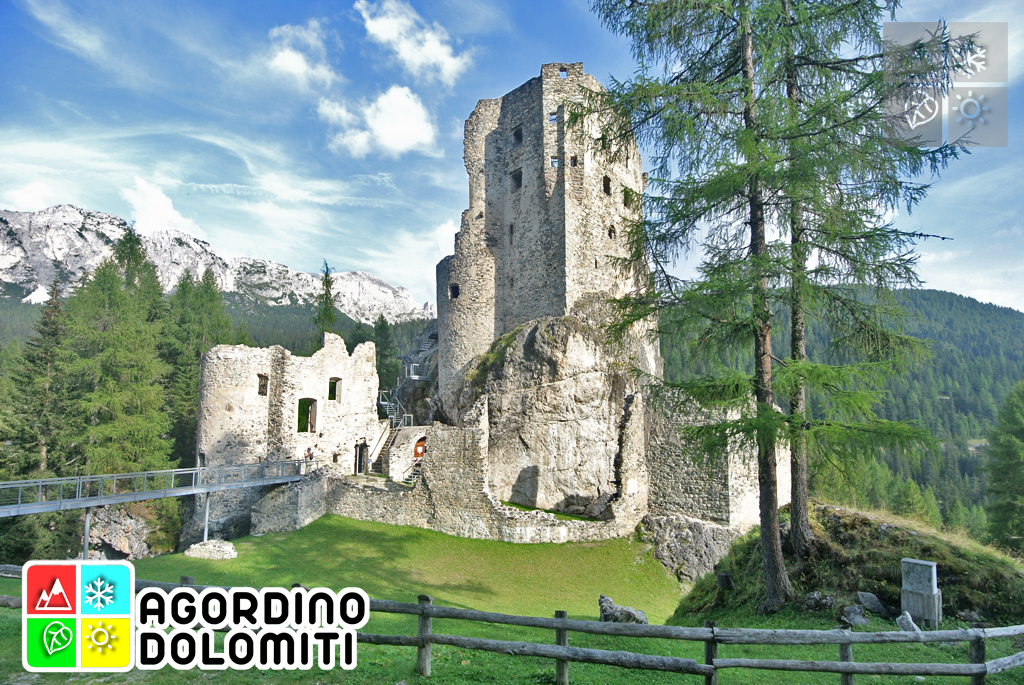 A Tyrolean manor guarding an incredible mining richness that every Empire in Europe wants: Schloss Buchenstein (Castello di Andraz in Italian) is a Medieval castle located in the hamlet of Castello in the Agordino Municipality of Livinallongo del Col di Lana that has been the protagonist of many remarkable historical moments of the history of the Dolomites.

This historical stronghold of the Brixen Episcopate was once placed on the boundary between Tyrol and the Serenissima Republic of Venice. The manor played an importan role as a tactical checkpoint for trade routes and the military defence of the Tyrolean economic interests on the rich Fursil Mines located at the foot of the close Mount Pore. From the Fursil Mines, Tyroleans extracted a particular kind of iron mineral, the manganesipherous siderite: in an era in which steal was long to be discovered, this precious steal-like iron was one of the most profitable metals in Europe, so much so that weapons made in this metal were found in many Spanish and English armory from the 15th, 16th an 17th Centuries. The Andraz Castle was also equipped with a melting furnace in which the siderite minerals were transformed into iron ingots before being transported in Tyrol though the Valparola Pass. The so-called iron route that connects the Fursil Mines to Passo Valparola is known as Strada da la Vena (the Vein Route) and it is nowadays a popular hiking and historical path of the Dolomites.

Setting of many gory battles between Venice and Brixen, but also an important peacetime economic centre between these two States, the Andra Castle has been visited by many remarkable protagonists of the European history, such as Nicholas of Cusa.

Between the end of the 19th Century and the first decades of the 20th, the castle was horribly disfigured both from the Great War as well as from some negative choices of its owners at that time; since to the European subsidy, the Castle has undergone remarkable restoration works early in the last two decades, becoming an extraordinary museum.

The museum of the Andraz Castle is open throughout the whole Summer until mid Autumn. It is a marvelous chance for children to see an original Medieval castle in a striking natural context such as the one of the Fodom Valley and to enter easily in the complex history of the Dolomites.

3. “Vittorino Cazzetta” Public Museum of the Fiorentina Valley & the Vile of Somaselva 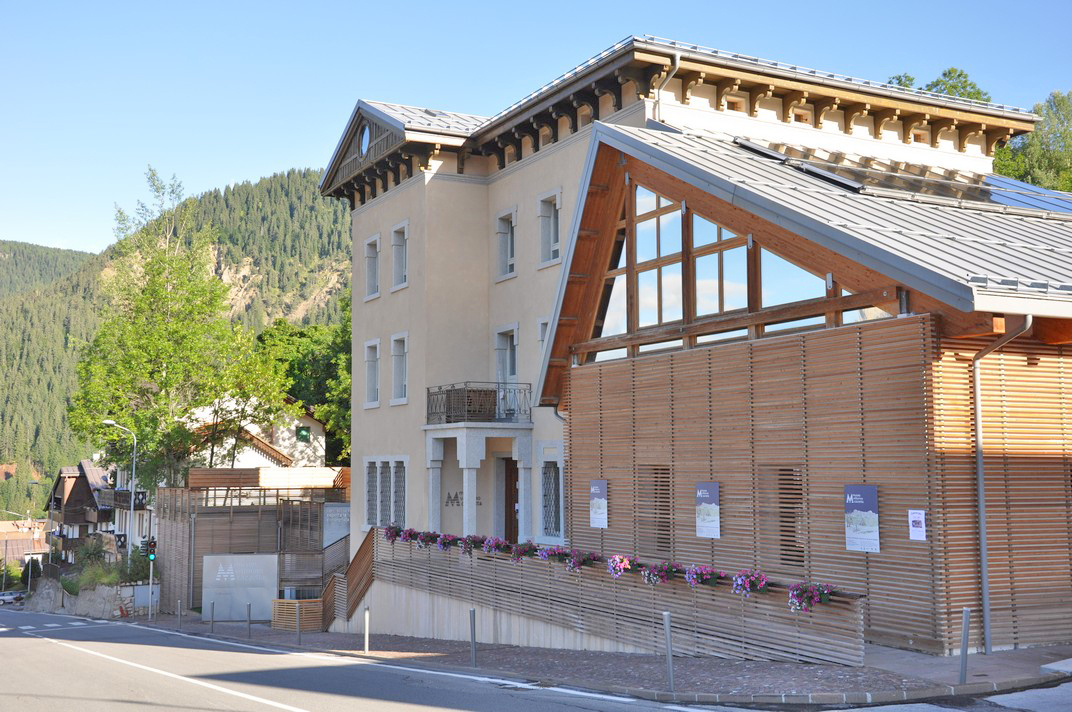 In 1985, Vittorino Cazzetta, a local enthusiast of the Dolomites from Selva di Cadore, found some flint arrowheads in the hole of a groundhog right below a big rock on the Mondeval Plateau, near the famous Passo Giau. He immediately notified this and got the immediate feedback of the Padua University, that with a high-altitude archaeological campaign was able to recover the remains of a prehistoric hunter-gatherer and his rich grave goods. The body, called “Man from Mondeval” or more recently “Valmo”, was dated 5500 b.C. (from the Mesolithic era) and represents still one of the most important finds in the entire Alps which opened new horizons for the human presence in the Dolomites.

The body of Valmo, his funeral goods and a lot of other marvellous historical and geological curiosities are housed in the amazing “Vittorino Cazzetta” Val Fiorentina Public Museum in Selva di Cadore. This place is absolutely a must for families to deepen the rich history of the dolomitic area and it offers a wide variety of amusing and interesting activities and workshops for kids and their parents. The museum is open normally thoughout the whole year.

A few steps far from the museum there’s another super interesting place to be visited: the Vile (“villages”) of Somaselva. These ancient groups of houses, barns and mills have undergone recently an incredible tourism enhancement and promotional work that has transformed this area of the Municipality of Selva di Cadore in an open-air museum on rural life in the Dolomites UNESCO. The area includes 37 attractions like mills, ancient houses, wooden barns, churches and much more, explained by well-conceived information panels and enhanced by the exceptional guided tours of the Pro Loco Val Fiorentina. This place represents a dive into the history of the Dolomites that you absolutely have to experience if you are around. 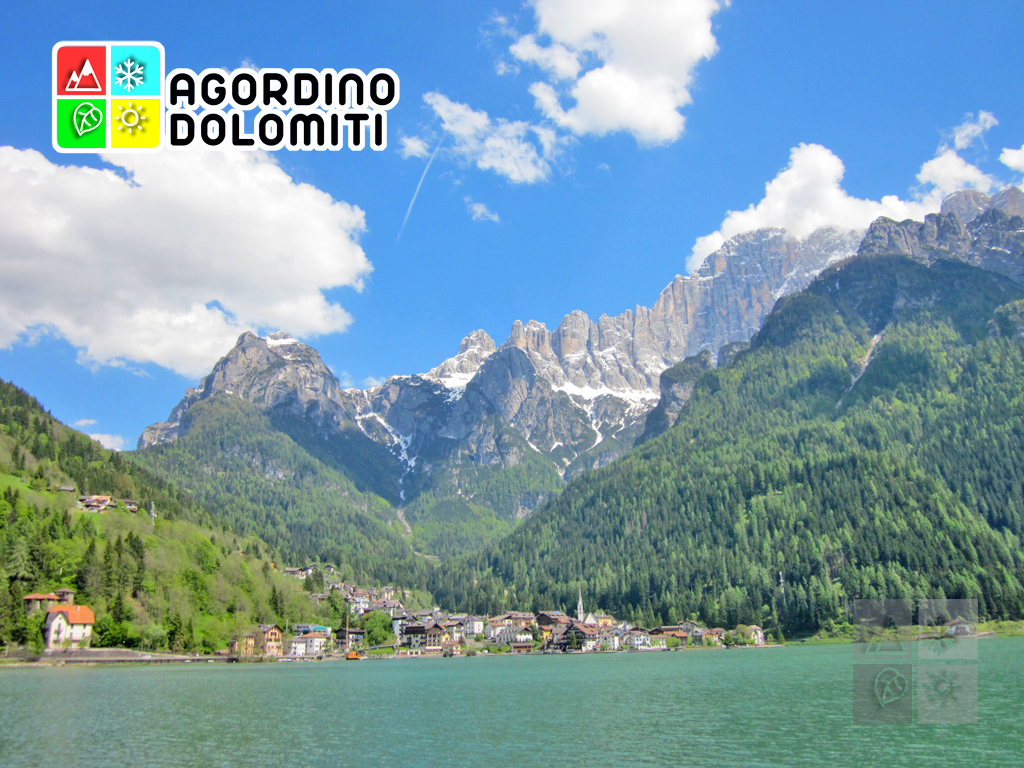 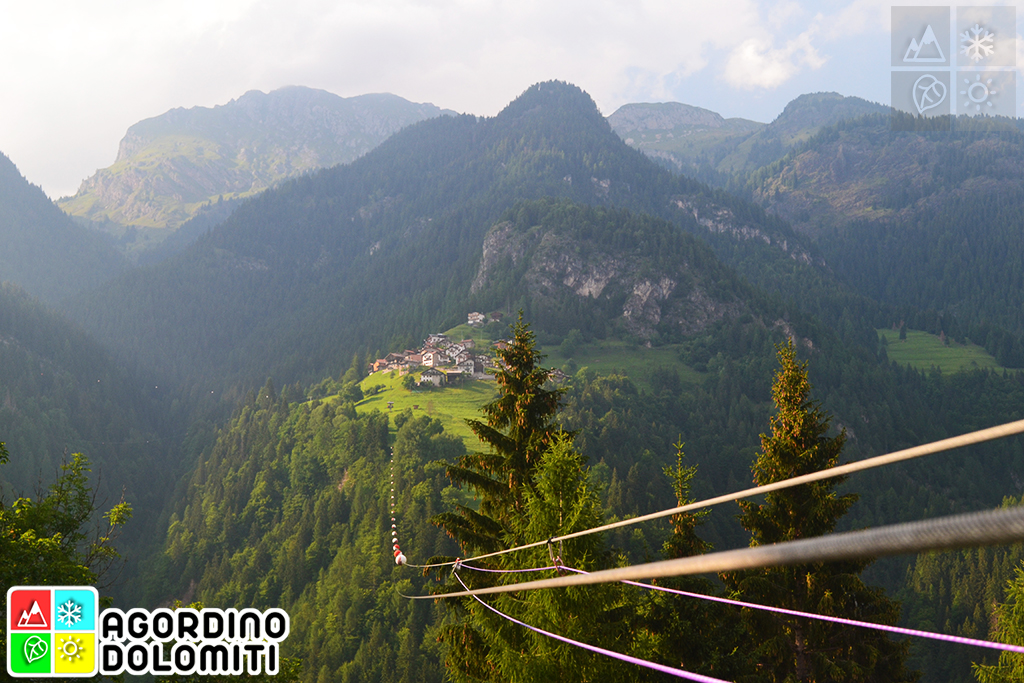 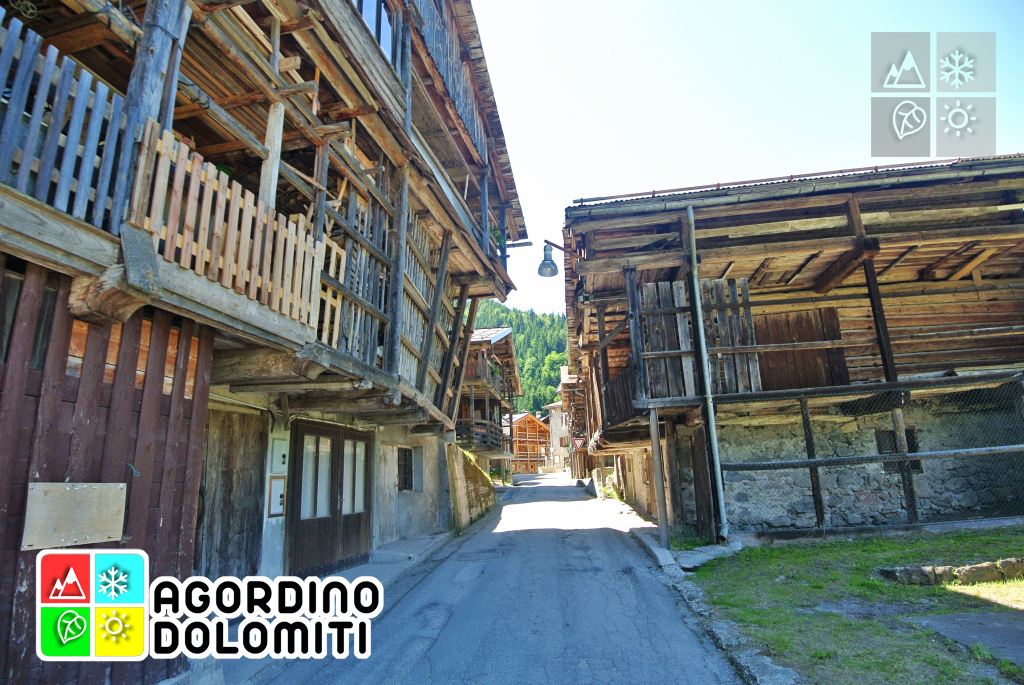 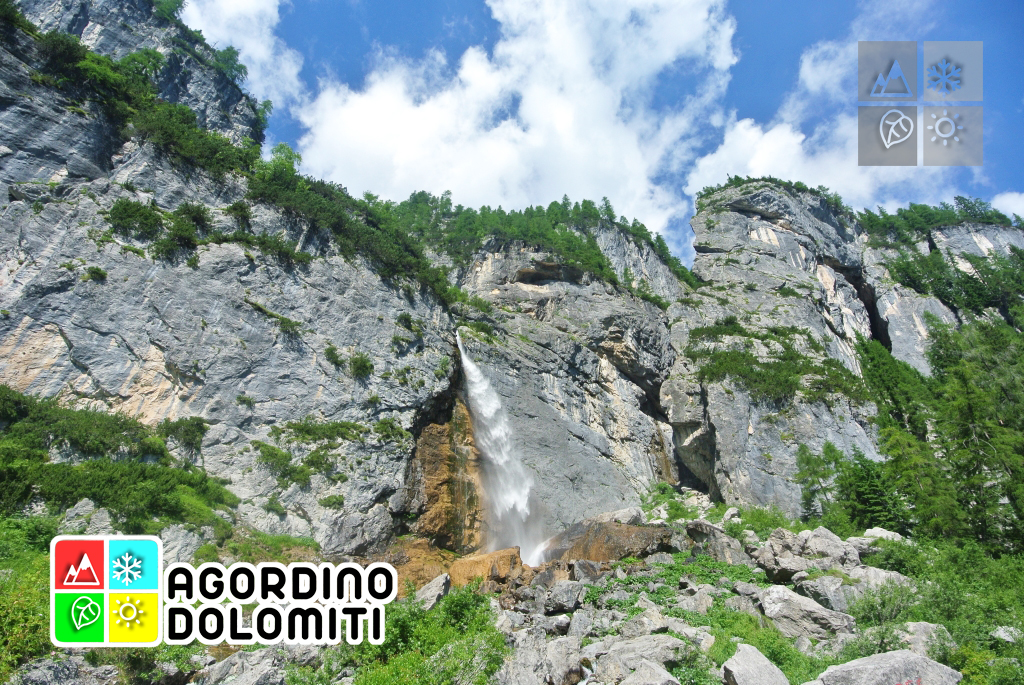 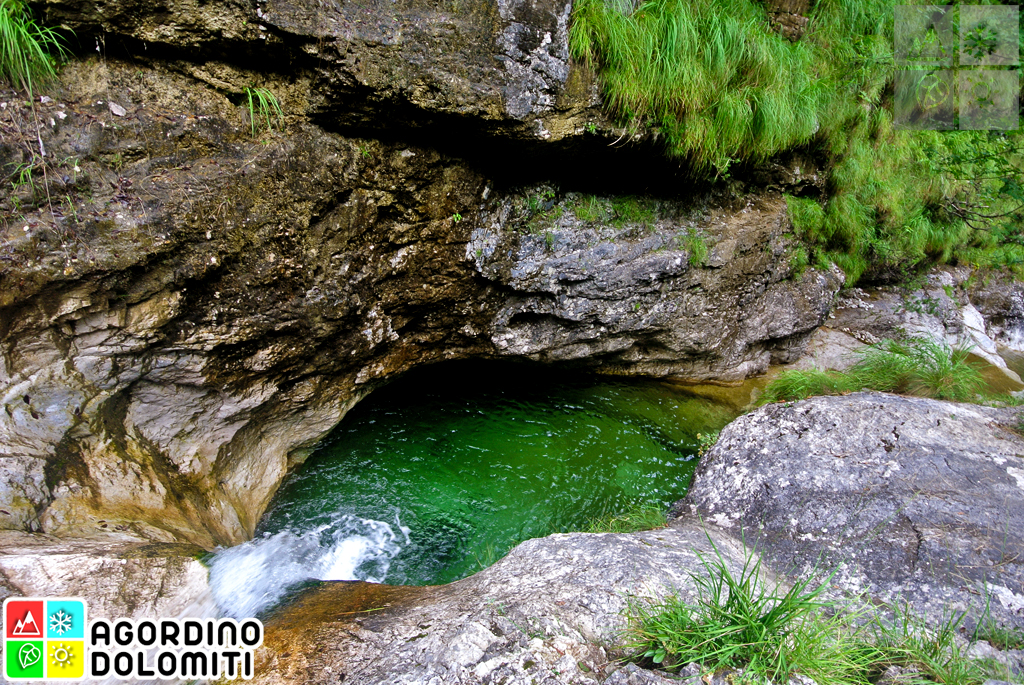 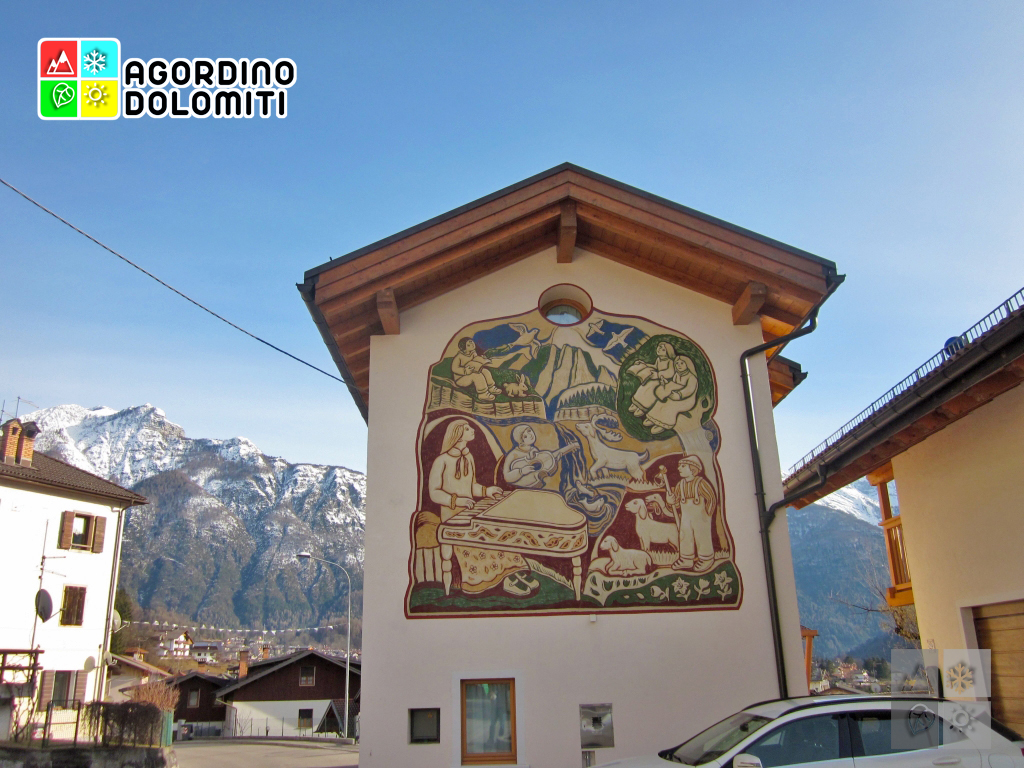 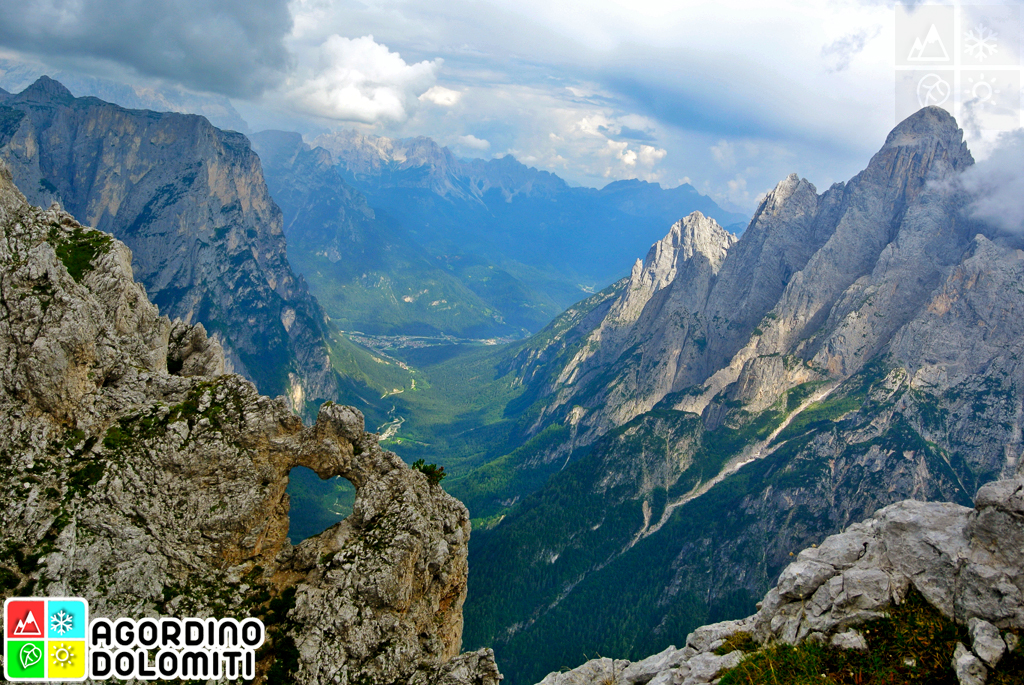